Most people's training goals are focused around getting stronger, more muscular, or both. Here are two important points:

Maximizing your strength potential requires developing maximum muscularity. It's muscle that lifts the weight, after all. Look at the medalists in any high-level powerlifting or weightlifting competition and you'll notice that by and large, they're more muscular (at the same bodyweight) than their less-successful competitors.

Maximizing muscle mass, on the other hand, also depends on strength since the stronger you are, the more weight you can lift during your workouts. That means you'll be able to achieve the high training volumes required for conspicuous levels of muscle tissue. Sure, bodybuilders aren't typically super-strong in the "one-rep max" sense of the word, but they're almost always quite strong in the rep ranges they typically use in their training.

In short, no matter what your training goal, for best results you must train for muscle and strength. And those two goals should be pursued in sequence rather than at the same time.

While you can certainly get both bigger and stronger by training for these two goals simultaneously, it's preferable to train sequentially for several reasons.

1 Your body adapts faster and better if it's only adapting in a single direction.

Just as an extreme example, there's a reason why you never see hugely muscled marathon runners or 275-pound muscular guys who do well at distance running.

One big factor is that endurance training increases mitochondrial density, while strength training reduces it – clearly a physiological conflict. Now the conflict between strength and hypertrophy training isn't nearly as significant as this example, but it's still asking your body to adapt in two different directions at the same time.

2 Whenever you do the same type of training for a long time, your body reacts with less and less alarm.

It gradually "figures out" how to cope with that specific training stressor (this is called adaptive resistance). Think back to a time when you started a new workout program that was significantly different than you were used to. Initially, you got super sore and could easily add weight to the bar each workout. After a while, however, no more soreness and it became almost impossible to increase weight. That's adaptive resistance.

The solution is to change the type of training you do to present your body with a new, unexpected threat. If you train for strength and mass simultaneously, you'll always be doing both high and low reps, either in the same workout, or over the course of a training week.

When your body figures that out and stops responding, what will you do next? Sure, you can change up your exercises, and that helps, but it's even more effective to change to a different intensity zone, which is what sequential training allows.

So while it's fine to use anywhere between 1-7 reps for a strength session and 8-25 reps for hypertrophy training, it's not desirable to have workouts (or training weeks) where you do hard sets of 3 as well as hard sets of 15.

4 Many lifters worry that they'll lose strength after training with high reps for several weeks, and vice versa, but it's not the case.

When training for strength with low reps, you won't be experiencing enough volume to grow much new muscle, but there will be enough volume to maintain the muscle you acquired during the previous hypertrophy phase.

Similarly, when training for hypertrophy, you won't be training with enough absolute intensity to gain strength, but it will be sufficiently intense to maintain your current strength levels.

Sequential training provides regularly occurring shifts in overall training focus. Toward the end of a 5-6 week hypertrophy phase, for example, you'll really look forward to being able to lower your reps and put some real weight on the bar.

Toward the end of a strength cycle, your joints will thank you for switching to lower loads for a while. All of this translates to greater compliance, better safety, and superior results!

Within the realm of training for greater strength, muscle mass, and endurance lies an area of science that remains relatively untapped: Neuroscience. It's indeed the uncharted waters in the vast ocean of the science and practice of resistance training. That's because so little is known about how the nervous system actually works.
Training
Chad Waterbury August 17 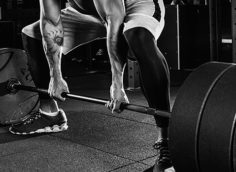 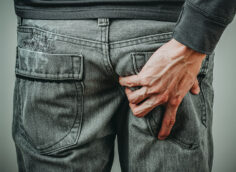 Don't just jump on the GHD and start crankin' out reps. Use these five progressions to get the most out of the glute-ham machine.
Exercise Coaching, Glutes, Powerlifting & Strength
Tanner Shuck January 30

Christian Thibaudeau, perhaps inadvertently, starts to reveal some of the secrets behind the upcoming "I, Bodybuilder" plan.
Bodybuilding, Training
Nate Green September 21