What movement or exercise should everyone be doing that most people just don’t do? 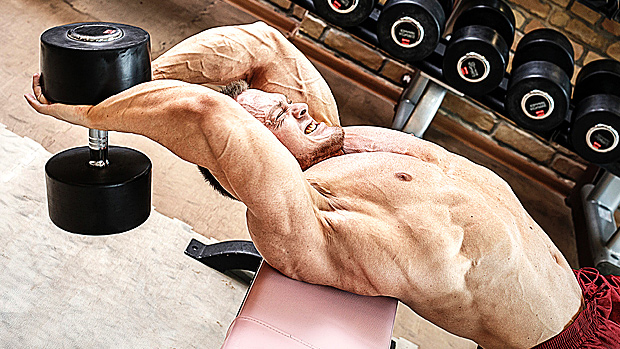 The dumbbell pullover. Yes, you read that right.

It’s not a new or innovative exercise. In fact, it’s one of the oldest! It was popular with bodybuilders up to the 1970s but has fallen out of favor. I never used it prior to this year, but I actually do it two or three times per week now.

The dumbbell pullover has made my whole upper body thicker and helped with my shoulder mobility. I actually vary the technique for four different muscle groups.

I focus on contracting the abs as hard as possible (imagine getting punched in the stomach) for the whole pullover set. That gives me the most excruciating six-pack burn I’ve ever experienced!

The pullover involves basically the whole upper body. It’s also great for the serratus, which is an important muscle if you’re doing a lot of heavy pressing (at least if healthy shoulders are important to you). I regret not integrating pullovers earlier. – Christian Thibaudeau 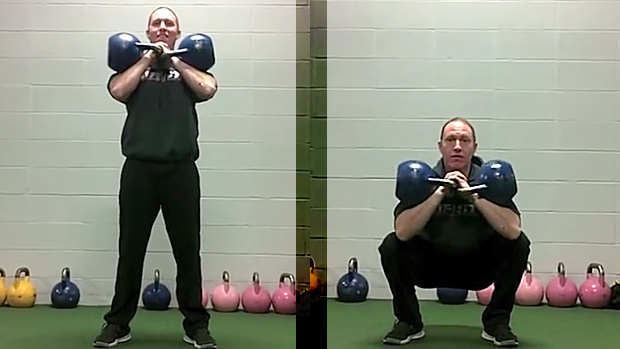 One of my favorite go-to squatting variations is the two-kettlebell front squat.

If you love the barbell front squat, this version has some similar benefits, and it’s almost impossible to screw up. In the racked position your elbows are tucked in to the sides, so you’re less likely to overarch your back. It’s also really easy to stay upright, which will help you load the quads effectively and groove total body mobility (ankles, knees, and hips). – Mike Robertson 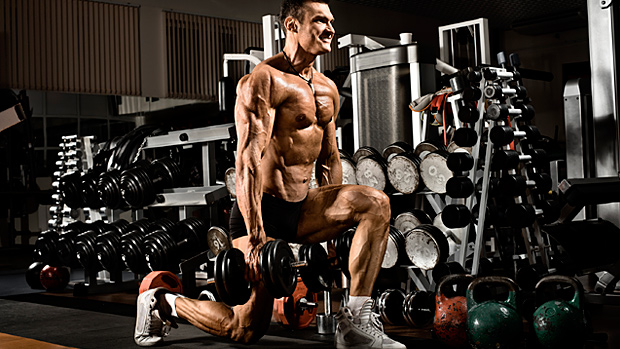 The walking lunge is one of the biggest bang-for-the-buck exercises to add into your weekly programming.

Sprinting. Beyond the short-term benefits in athleticism and body composition, sprinting is training for life.

Losses in power and range-of-motion as we age are quite an issue, so if you can efficiently attack both with one training initiative, it’s a “must-include.” – Eric Cressey

There’s not one single movement that most people should be doing; rather, it’s the exercise you personally HATE doing the most.

Most people gravitate towards the movements they enjoy doing and base the majority of their training around them. They typically avoid movements in which they’re weak. So their strong points stay strong and their weak points stay weak.

That alone should be an indication that something in the muscular chain is lagging behind. And this is often a precursor to injury because a secondary or tertiary mover in another compound movement is weak.

You don’t have to base your entire training around doing exercises you don’t like, but include at least one movement in every workout that you don’t like or are weak in. Make it a goal to become strong and efficient at those and you’ll be less likely to get injured, and your strong movements will respond in kind as well. – Paul Carter

This answer may not win me any “Hardcore Strength Coach of the Year” awards, but my go-to recommendation is a simple hip flexor stretch.

When it comes to longevity in the weight room and on the field, not getting hurt is key. And while it’s mostly anecdotal evidence, the athletes and clients of mine who perform dedicated stretches – especially the hip flexor stretch – prior to training and competition tend to not get hurt.

To be more specific, do a REAL hip flexor stretch, not that BS one you see most people doing where all they do is extend through their lower back and defeat the whole point of the stretch anyways.

That’s not tightness, that’s you plowing through the anterior hip capsule, forcing the femur forward. That’s protective tension you feel. And that shitty hip flexor stretch you’re doing is only feeding the issue. Besides, you’d think after several years of performing that stretch something would have changed by now, right?

A hip flexor stretch doesn’t entail crazy ranges of motion. Get into the half-kneeling position and then squeeze the glute of the side that’s on the floor. Think: belt buckle towards chin. This will posteriorly tilt the pelvis. Now scoot forward maybe an inch or two, moving through the hip itself and not your lower back. That’s a “real” hip flexor stretch. – Tony Gentilcore 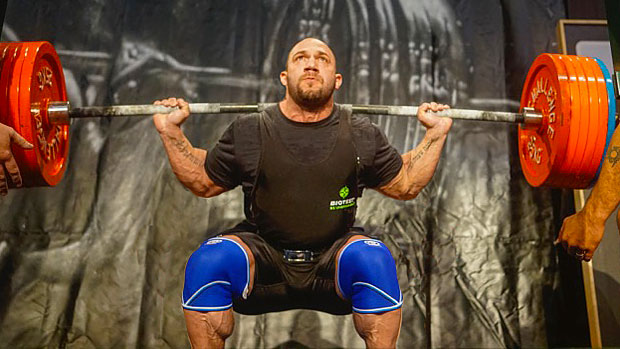 Well, at the risk of sounding predictable, I’d say squats.

I know, it’s not necessarily a “missing” exercise, but it is if you consider all the variations you’re NOT doing but could be doing. Between high bar, low bar, yoke bar, goblet, box squats, and front squats – the options are endless. Add tempo manipulation, depth, and rep options and you can literally build your whole lower body with just this movement. I had an athlete who broke her arm. All she could do was squat for two months. Despite this, she didn’t lose an ounce of muscle from her upper body.

There is literally a squat variation to suit every person and need. What’s more natural than sitting down and getting back up? If you can sit on a chair, you can squat. – Amit Sapir 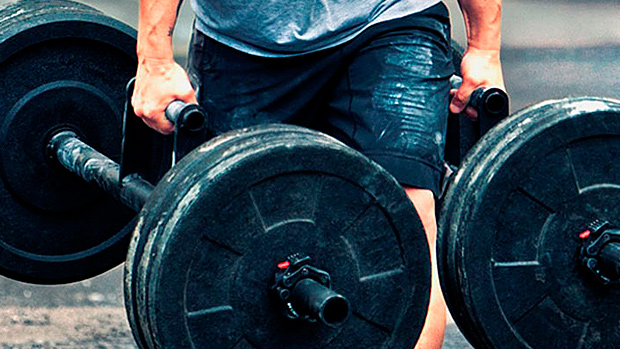 If you want to be strong, athletic, and actually look like you lift, there’s no faking a loaded carry.

Ripping some serious weight off the ground with your bare hands and carrying that shit as far as you can take it is as primal as it gets in the gym. But surprisingly enough, the loaded carry is a complete movement that challenges some of the biggest pitfalls I see in lifters and athletes that will eventually lead to breakdown.

From shoulder packing and stability, to creating synergistic tension through the entire pillar, the loaded carry is hard to beat. Quit shying away from carrying some heavy-ass dumbbells across the gym and get to work on the foundations of strength that will clean up your functional loose ends. Finish off upper body days with a few rounds of 20-60 second carries. Remember, if you aren’t in dire fear of dropping the weights on your feet, you aren’t going heavy enough. – Dr. John Rusin 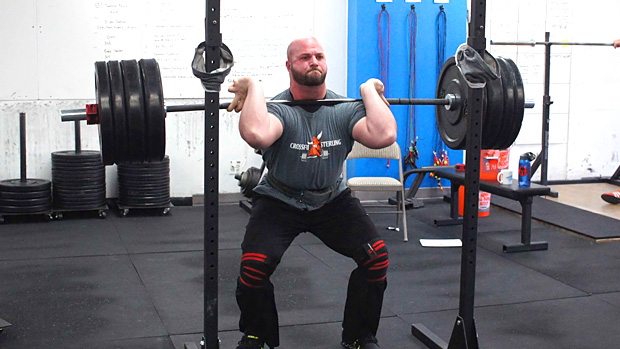 The front squat is one of the most underrated exercises, and it’s missing from most lifters’ workouts because they opt for back squats instead.

Why are front squats so great? For starters they improve posture. Chances are you spend the majority of your day as an internally rotated ball of flesh. This position is exacerbated when you throw a loaded barbell and compression load with a back squat. But the front squat keeps you upright. It forces a ton of anterior core engagement and reduces shear stress on your spine.

It improves quad and upper back development more than back squats. Do them with a narrow, neutral foot stance compared to the wider, externally rotated position of the back squat. This does decrease activation on the hamstrings and adductors, but it forces the quads to work much harder. And holding the bar position on the top of the shoulders forces the elbows to stay perpendicular to the ground.

Front squats require scapula and clavicle elevation along with an upward rotation to keep the elbows up and the bar in proper position. This requires the traps, serratus anterior, levator scapulae, rhomboids, and lats to work in conjunction to hold position and prevent you from dumping the bar forward.

And finally, the front squat is self limiting. If your thoracic extensors fatigue or are too weak, the barbell drops and you “dump” the weight rather than turn your squat into a round-back good morning. This self-correction limits the potential for acute injury during the front squat, especially in inexperienced lifters.

Back squats are great but most people suck at them. And they don’t have the time, knowledge, or patience to fix the underlying mobility and stability restrictions to do them safely and effectively. That’s why I recommend front squats for most people, most of the time. – Eric Bach

But a few years ago, I would have answered “squats.” (And if you don’t think this is an exercise most people aren’t doing, you haven’t set foot in a commercial gym in a long time.)

Nearly everybody in the bodybuilding magazines I worked for implied that anyone who doesn’t do squats is a miserable loser and should be pelted with rolled up sweat socks. I used to believe them, too, until I talked to an assistant strength coach for the San Diego Chargers. He told me that their rookie running back sensation, LaDainian Tomlinson, had never done squats until he was forced to do them in training camp.

It seemed to me that LT had gotten pretty far without doing squats, so maybe squats weren’t the lift of the gods. Besides, as a tall guy whose range of motion is about one and half stories, squats made my lungs burn before they made my quads burn.

Then I grew to think that deadlifts were everything… until I saw all those Instagram clips of relatively skinny boys and girls deadlifting double their bodyweight and more.

Sure, deadlifts had made them strong, but it hadn’t always made them very big, and watching them made me realize that the deadlift was far more of a technical lift than I’d realized and that some people, because of their individual anatomy, just weren’t cut out to deadlift.

More recently, I thought weighted carries were what everyone should be doing… until I noticed that people who did lots of them had great, powerful-looking traps and cores that could withstand a blow from Thor’s hammer, but maybe not much else.

Which brings me to my current “everyone’s gotta’ do it” movement – walking dumbbell lunges. Here’s my rationale:

Try these out using the Christian Thibaudeau method. Grab a pair of dumbbells and lunge out with a long stride, alternating legs, until you reach failure. Then continue to lunge using a much shorter stride. It’ll feel like an entirely different movement. Go to failure again. Rest by curling up into a ball and sobbing.

Obviously, the weight you use will depend on your current strength, your primary goal (muscle vs. fat burning, or a combination of both), and the size of your balls. – TC Luoma