Paul is in trouble. His body was already banged up from years in the ring, and now this: an injury while filming a movie. The doctor said what Paul already knew. He was going to have to go under the knife.

Was his career over? Was his comeback doomed?

After the surgery, Paul got in contact with me because he knew I had experience with high-performance, high-impact athletes. My task was to not only make Paul’s shoulders look massive, but also make them feel great again.

Big, strong shoulders must be healthy if they’re going to stay that way. If my methods work for Paul, a.k.a. Triple H, they’ll probably work for you. 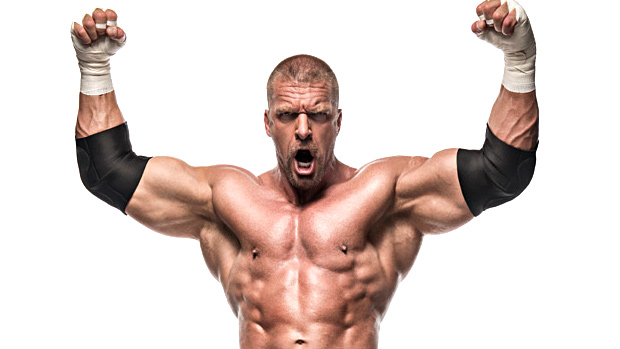 The shoulder is the most mobile, most injured, and most dysfunctional joint in the human body.

If you’re an athlete, or if you train like one, your shoulders are a ticking time bomb. I rarely deal with any athlete from any high-level sport, from football to MMA to hockey, who has healthy shoulders when he first walks into my facility.

Rotator cuff tears, AC joint problems, separations, biceps tendon tears that affect the shoulder greatly… you name it. When I get these big-moneyed athletes coming in, I refuse to contribute to the damage by prescribing the wrong exercises.

That’s probably why some sport coaches say not to train the delts directly at all. I’m not that conservative. I like a more balanced approach, leaving no stone unturned when it comes to training the body for elite performance.

Plus there’s the psychological aspect of shoulder training. Even my NFL athletes like to look good. It gives them a psychological edge. So, we don’t leave out the direct shoulder work. We just have a very specific way of doing it.

Only one in fifty athletes I see can overhead press without risk, but they’re the genetic outliers, born with more “room” in there than most of us have. And even for them, we’ll only work in two-week cycles of light to moderate-weight push presses, Bradford presses, and neutral-grip strongman log presses.

Visualize stripping the skin off the shoulders so you can see the internal anatomy.

When you press overhead you’re basically driving the head of the humorous into the acromion, causing impingements. Repetitive use of the overhead press can easily lead to tearing of the muscle and tendons involved.

It’s simply a high-risk exercise, both for my athletes and for bodybuilders who rely on heavy overhead presses.

Another way we solve the shoulder problem? Train the bench press like a powerlifter and the back like a bodybuilder.

For the bench press (which my Combine guys get tested in) we’re after maximal weight and explosive power. We use powerlifter form: shoulder blades pinched together, chest high, elbows tucked under, and placing the bar a little lower on the chest.

The upper back will always get twice the volume of our pressing muscles. We use bodybuilding form and technique, moderate weights, super-strict form, and more isometric holds at the top of the movements. We use lots of row variations instead of pulldowns (which are mostly biceps and forearms anyway) – movements that really retract the scapula.

You do that, bag the overhead press, change your form on the bench press, and train the upper back like a bodybuilder, and in just a couple of weeks your wrecked shoulders will start to feel strong and rejuvenated.

After getting rid of most overhead pressing and fixing existing problems, we start incorporating some medial delt work like lateral raise variations. We don’t do any anterior (front) delt work except as part of something I call the Shoulder Shocker.

The Shoulder Shocker hits the front, medial, and rear delts/external rotators all in one nonstop exercise. It’s a great bang-for-your-buck exercise. My guys don’t have time to spend twenty minutes on shoulder work. But if they do two or three rounds of the Shoulder Shocker, they’re hitting everything they need to hit in 3-5 minutes.

The Shoulder Shocker is also very safe because you don’t need to go heavy at all given the order of the exercises. Great for the muscles, very little stress on the joint. Here’s how to do it: 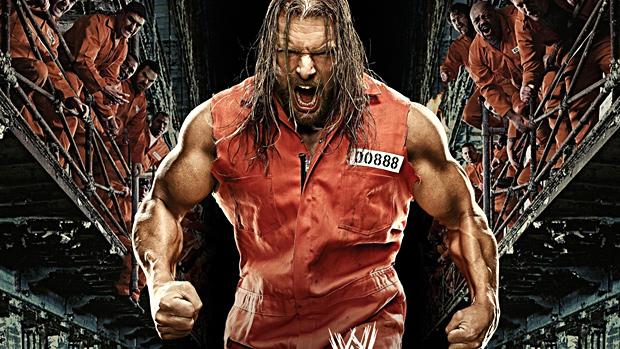 I’ve been using these guidelines with WWE wrestler Triple H. He trained like a bodybuilder for years with lots of overhead pressing, and it caught up with him. But after just a few months he couldn’t believe how much better his shoulders were feeling.

During one training session he told me that his shoulders were just as good as they’d been when he was hammering away at them, only these days they were pain-free. He’d been using the Shoulder Shocker for the last four months.

The fact is, your muscles just don’t grow optimally when you’re in pain. Pain generates a lot of hormone release, like cortisol, that isn’t good for progress in the gym. Get rid of what’s causing pain and your results will skyrocket. The method I’ve outlined here will do just that. 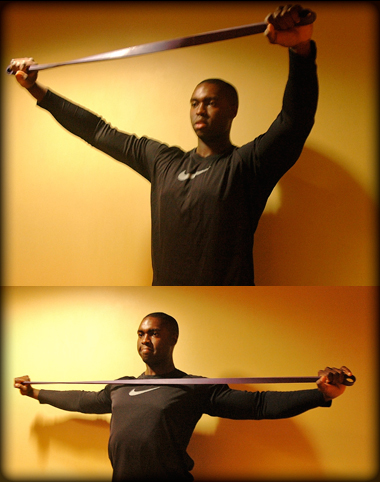 This is especially good for those who work at a computer all day. It’s one of my biggest recommendations for overall shoulder health.

Simply do 100 mini-band pull-aparts every day. Keep the tension light. You shouldn’t be straining much. You can do them in four sets of 25 reps spread throughout the day or knock out all 100 at once. It doesn’t matter. You can also change the grip and the angle up as you want.

I’ve been doing this for a year and a half now and my shoulders have never been healthier. I can almost guarantee this will fix most common shoulder problems.

Remember, to build big, functional shoulders that stay that way, you have to get them healthy and keep them healthy. The Shoulder Shocker, band pull-aparts, and the methods I’ve presented here are your tools for getting there.