The classic bodybuilding expression is that when it comes to building muscle and losing fat, you can’t ride two horses with one ass.

That’s why for typical non-competitive trainees, it’s wise to just focus on one goal at a time, either building muscle or shedding fat. While not impossible to accomplish both ends simultaneously, most trainees simply don’t have the genetics, experience, or dietary discipline to do so. For the vast majority, separating the goals into two separate blocks or phases is a more practical approach.

But there are exceptions. If you’re an intermediate strength trainee with a decent level of conditioning, there’s an effective, albeit painful way to achieve the Holy Grail of building muscle and losing fat. 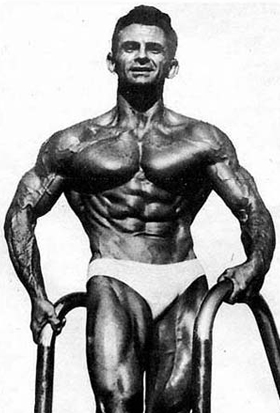 The late Vince Gironda, considered by many to be the first bodybuilding coach – and definitely the most eccentric – referred to 8 sets of 8 reps (or 8×8) as the “honest” workout.

An intense high-volume system designed strictly for cosmetic improvements, its “honesty” stems from the humbling weight used during the actual workout. Vince prescribed 8×8 primarily for pre-contest situations, and its brutal effectiveness is surprising considering its elegant simplicity.

How’s it done? Like 10×10 or German Volume Training, choose 60 – 70 percent of your 1RM in a given lift (compound movements preferred), and perform 8 sets of 8 reps with a mere 30 seconds or less of rest. This method can be applied for up to four different movements per workout, although I’d recommend working up to that as the program can be a real shock to the body.

If you feel like a complete waste of life after the fifth set of a 10×10 German Volume workout, the 8×8 might have you emailing Dr. Kevorkian’s successor to see if he does house calls. This is all about training volume – you won’t be tapping into strength benefits because you’re using the wrong energy systems. However, since your heart rate may be up near sprinting levels throughout the workout, you can achieve amazing metabolic ramping and fat loss benefits.

A Few Tricks of the Trade

The “rules” differ slightly when it comes to this training method. 8×8 is intended to deliver an awesome pump and improve conditioning. Some of Gironda’s top bodybuilders with whom he used this method reportedly became so conditioned that they were cranking out 8×8’s with 15 seconds rest between sets!

The ultimate goal is not only to work your way up to such a low rest interval, but to lift the most possible weight within such parameters. It would be wise to first choose a load 30-40 percent below your true 8RM and attempt to maintain that weight throughout the workout.

Be prepared to drop reps before lowering the weight, although if by workout’s end you’re doing sets of two, the weight you initially chose was just too heavy. Again, don’t overwhelm yourself. Strive for simple week-to-week progression and you’re golden. 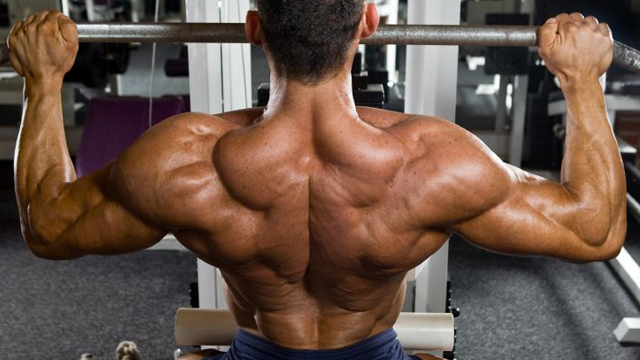 Choice of exercises is usually based on the muscular and cardiorespiratory demands of the workout, but here’s another instance in which the “rules” can be bent. This might be the only program I’ve used with intermediate clients in which single-joint and sometimes open-chain movements are very effective, although without the hormonal charge that the bigger lifts elicit.

For that reason, compound movements are still recommended, but be warned, the cardiovascular demands may become the limiting factor, so choose your loads wisely.

Here are the top exercises to use in a 8×8 workout.

* BB/DB/Zottman Curl – performed bilaterally, not one at a time

Alternatively, here are some exercises to avoid:

Don’t Be an Idiot!

There’s nothing wrong with implementing 8×8’s into your routine while following your typical strength or bodybuilding routine. Fact is, depending on the cardiovascular demands of the exercise(s) you choose to try 8×8’s with, I’d recommend 8 x 8’s in your regular routine so that your body isn’t giving you the middle finger salute by the week’s end.

Doing 8×8 back squats and leg presses in the same workout and then adding two more 8×8 exercises would probably be hell inside four walls. It would make more sense to stick with the squat (since you’ll receive the most benefits from this) and then add leg extensions for another 8×8. To wrap it up, add two more movements like Romanian deadlifts and weighted hip thrusts for a more reasonable rep scheme like 4×12.

The take home point is to make it through weeks of this kind of training, you need to think before you start throwing exercises together. The more compound the movements you choose, the less total exercises you should use in the 8×8 style. So if you’re a competing bodybuilder who isolates right down to the muscle, let alone muscle group, then stacking three or four different hamstrings or triceps 8×8’s into the same day could theoretically work.

Vince Gironda recommended his bodybuilders train the same muscle every fourth day with around 15 sets per muscle group. This added up to the collective weekly volume necessary to promote growth. Since we’re not all pro or even amateur bodybuilders and may not have the time to do this, I suggest training each group once a week and increasing the volume per workout by adding more sets of work.

To sum up, here are some guidelines:

For a man with more eccentricities than a Star Trek convention, Vince Gironda was light years ahead of his time when it came to building a better body. While simple on the surface, this “high volume of muscle contractions per minute” approach can shock even the most conditioned athlete into a compensatory burst of rock-solid hypertrophy gains.