Getting strong is easy. Focus on compound, multi-joint movements - preferably the squat, deadlift and bench press - and to try to move more weight in those lifts on a weekly, monthly, and yearly basis.

So why do many people fail to make appreciable progress with their strength goals? Here are five mistakes you can fix:

1 – You're Not Placing a Priority on Strength

Stealing a line from Dan John, "Your goal is to keep the goal, the goal." And many strength trainers have lost sight of that goal.

Today you can't walk more than 20 feet without crossing paths with a CrossFit box. I've had my qualms with CrossFit in the past, and I've gone out of my way to pooh-pooh it for a variety of reasons:

That was five years ago. CrossFit is still here and it isn't going anywhere. I've changed my tune, somewhat.

We can't deny the impact it's had in making lifting weights cool. More people are choosing barbells over jogging shoes and we dig that. The camaraderie CrossFit instills and celebrates amongst its members is unparalleled and should be commended.

More quality coaches are now entering into the foray and they understand the importance of assessment and/or "ramping" their members and progressing them accordingly.

I frequent a local CrossFit box every so often. One day I was toying around with some deadlifts and worked up to a few easy sets of 405 pounds. There was a guy doing "stuff" next to me and he was in awe.

Mind you, it's all about context here. At my own facility it's not uncommon to see 16 year-old kids deadlifting 405 pounds, and it's addressed with as much fanfare and excitement as someone reciting the alphabet.

In more of a commercial gym setting, however, a 405-pound deadlift is kind of a big deal, and rightfully so. But it was the guy's comment that struck a chord. He asked how much I was lifting. I told him and he said something along the lines of, "Whoa, I struggle with 200 pounds. I'd never be able to lift that much weight!"

Now, I'm not saying there aren't people who do CrossFit who aren't strong and who don't lift impressive weight, but what I am saying is that if you don't place a premium on strength and mirror your training goals to getting stronger, then who's to blame for your paltry numbers?

Likewise, setting smaller, realistic strength goals is important. Saying you want to squat 600 pounds by the end of the year - despite barely being able to squat bodyweight now without looking like a baby giraffe trying to walk - is setting yourself up for failure.

Think about it this way: If you break a max by 5 pounds a month, that's 60 pounds a year. If you keep doing that, you're going to make some fantastic progress. But you have to make it a priority. That's the key. Stop getting distracted by "stuff."

2 – You Need to Accumulate Volume

Conventional wisdom dictates that one of the best ways to build strength is to utilize low(er) rep training (1-5 reps). In order to build maximal strength, it's imperative to train in the 90% and up range (of your 1-rep max) with the big lifts.

That will undoubtedly get you strong, but there's something else to consider: In order to hit higher peaks in strength, you have to develop a wider base.

In other words, if you're a beginner or intermediate lifter it makes little sense to spend an inordinate amount of time training in the 90% range and continually testing your PRs when 1) your PR isn't that impressive in the first place and 2) doing so will eventually lead to stagnant results.

You can only do this by accumulating volume and by putting in the consistent work. It's not just going to happen on its own. 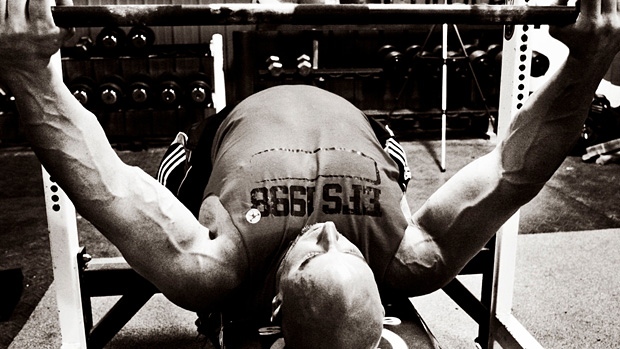 3 – You Have an Outdated Viewpoint of Supplemental Lifts

In the past I've always looked at something like a deficit deadlift (where you pull from an elevated position to increase the range of motion the bar has to travel) as a way to improve your bar speed off the floor. But is that really what's happening? Is that really the benefit of the exercise? No, it's not.

Going back to the deficit deadlift, if you break it down, it's an exercise that limits how much weight you can lift. It doesn't necessarily help you build strength in that regard. What it does do is force you to lower your hips more to get to the bar and to recruit more of the quadriceps in the lift itself.

Yes, I understand that the deadlift is more of a hip dominant (posterior chain) movement, and that the hips will generally be set higher in the initial set-up, but the quadriceps do play a role in the initial pull off the floor. For some, this is where deficit deadlifts add value. Likewise, it's the same for something like a paused deadlift.

The value in this exercise isn't so much that it makes an exercise hard, but that it forces someone to 1) better engage their lats to provide more stability to the spine, 2) learn to keep the bar close to the body and not allow it to get away, and 3) build explosiveness through a sticking point.

4 – You Fail to Understand the Importance of Technique

Listen, most people reading this don't need to worry about "speed work." Yes, getting faster and honing bar speed is a factor in improving strength, but for most people, most of the time, it's a less efficient use of their training time.

First off, unless your squat and deadlift are around 2x bodyweight and your bench press is around 1.5x bodyweight, adding in speed work, or a dynamic effort day, or any other connotation you prefer to use to pretend like you train at Westside Barbell, isn't going to serve as the x-factor.

Let's just call it what it is: technique work!

Using sub-maximal loads forces people to dial in their technique, and that's where the true value of "speed work" lies. Instead of calling it speed work, I just call it technique work and implement it into my client's programs at least once per week. It may look something like this:

Another approach I use with more intermediate and advanced lifters is to have someone use 70%-85% of their 1RM and set a timer for 10-15 minutes. They perform one rep every minute on the minute for the allotted time frame.

The more advanced they are, the higher I'll push the upper limits of what percentage of weight they'll be using. Either way the idea is to use lower loads to hammer technique, which in turn is going to help with bar speed, overall performance, and strength gains in general.

5 – You Don't Include Movement or Active Recovery Days

What's the point in being strong if you move like a one-legged pirate? Moreover, improving strength isn't about going balls-to-the-walls with each and every training session.

When I include structured "active recovery" days into my training, I always feel like a million bucks and don't break down as easily. These are days where I'll do nothing but perform low-grade mobility, activation, or movement prep just to get some blood flow and to help offset soreness and various aches and pains.

Try to implement this 1-2 times per week:

Perform these in circuit fashion with as little rest as possible between each exercise. Rest for 90-120 seconds at the end. Repeat for a total of five rounds. 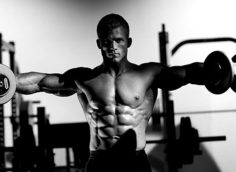 Get a stronger mind-muscle connection with this exercise and get ready to get wide!
Training
Paul Carter August 20

To reach your training goals, you first have to identify the "kingpins" that are holding you back, then remove them.
Motivation, Training
Charles Staley January 20 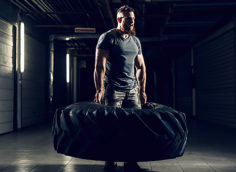