Not growing? Chances are you’re making at least one of these mistakes.

1 – You’re not varying your rep range.

The optimal number of reps for hypertrophy-oriented training is a source of ongoing debate in the fitness field. Although the research is by no means conclusive, evidence indicates that a moderate rep range (about 6-12 reps per set) is best for maximizing muscle growth.

This is often referred to as “bodybuilding-style training” as it provides the ideal combination of mechanical tension, muscle damage, and metabolic stress – the three primary factors involved in hypertrophic gains.

The problem is, most lifters seem to think this means all training should be carried out in this rep range and thus they rigidly adhere to the same loading patterns. Wrong assumption.

Maximal muscular development is built on a foundation of strength. This mandates that at least some of your sets need to be carried out in the lower rep ranges (1-5 reps per set).

On the other end of the spectrum, high rep sets (in the range of 15 to 20 reps per set) also have a place in a hypertrophy-oriented routine.

Provided that you train at or near your sub-rep max, lower intensity sets help to increase your lactate threshold, the point at which lactic acid rapidly begins to accumulate in working muscles.

The problem with lactic acid is that beyond a certain point its accumulation interferes with muscle contraction, reducing the number of reps you can perform.

Technical note: it’s actually the H+ component of lactic acid that hastens the onset of muscular fatigue. Not lactic acid itself.

The upshot is, you’re able to maintain a greater time under tension at a given hypertrophy-oriented workload. In addition, you develop a greater tolerance for higher volumes of work – an important component for maximizing hypertrophy (see Mistake #2).

Optimal muscle development is achieved by varying your rep range over time. This is best carried out in a structured, periodized program. Both undulating and linear periodized approaches can work, depending on your goals.

Whatever scheme you employ, though, make sure you include the full spectrum of loading ranges.

Sure, hypertrophy training is probably best achieved with moderate-rep sets, but higher and lower intensities are nevertheless important for optimizing muscular development.

Back in the 1970’s, Arthur Jones popularized the so-called high-intensity training (HIT, not to be confused with HIIT – high intensity interval training) approach to building muscle.

HIT is based on the premise that only a single set of an exercise is necessary to stimulate growth, provided you train to the point of momentary concentric muscular failure.

According to HIT dogma, performing additional sets beyond this first set is superfluous and perhaps even counterproductive to muscle development.

Other prominent industry leaders such as Mike Mentzer and Ellington Darden subsequently followed Jones’s lead and embraced the HIT philosophy, resulting in a surge in its popularity. To this day, HIT continues to enjoy an ardent following.

Now before I get accused of being anti-HIT, I’ll readily admit that it’s a viable training strategy. There’s no denying that it can help build appreciable muscle. And if you’re time-pressed, it can provide an efficient and effective workout.

That said, if your goal is to maximize muscle development, HIT simply doesn’t do the trick. You need a higher training volume. Substantially higher than just one set per exercise. The prevailing body of research consistently shows that multiple set protocols are superior to single set protocols for increasing strength and size.

Whether the hypertrophic superiority of multiple sets is due to greater total muscle tension, muscle damage, metabolic stress, or some combination of these factors isn’t clear. What is clear is that multiple sets are a must if you want to maximize your muscular potential.

Problem is, even if you employ multiple sets it’s very possible you’re still not training with sufficient volume.

The optimal number of sets needed to elicit superior growth will vary from person to person and depend on a host of individual factors such as genetics, recuperative ability, training experience, and nutritional status.

Focus on a three-month mesocycle where you target 8-10 sets a week the first month, 14-16 sets the second month, and then culminate with an overreaching cycle in the final month where you perform 18-20 sets per week. 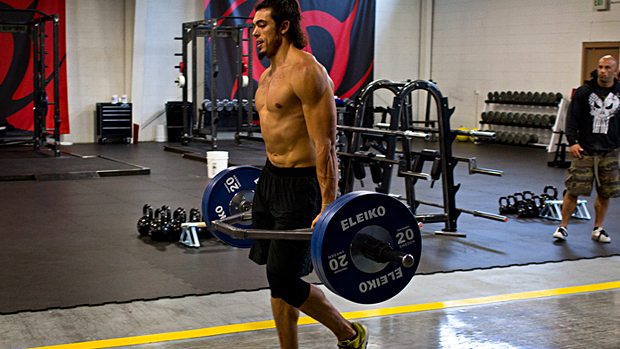 3 – You’re not adhering to the principle of specificity.

Most lifters don’t just want to get big, they also want to get leaner in the process. During the initial stages of training, this is a viable goal. Beginners can pack on serious muscle while simultaneously losing body fat without much of a problem.

The same applies for those with significant weight to lose (more than 30 pounds or so), as well as regular lifters who’ve taken an extended break from the gym. And yes, pharmacologic enhancement also will enable you to get huge and shredded in a hurry.

But if you’ve been training for more than a year or so, are fairly lean, and not “anabolically enhanced,” the quest to gain muscle while shedding fat becomes exceedingly difficult. At a certain point, you ultimately need to choose between one or the other.

If your choice is to bulk up, then this needs to be your training focus; otherwise results will be compromised. And this entails reevaluating how much aerobic exercise you perform.

The issue with concurrent training (combining resistance exercise and aerobics) is that it can interfere with the processes that drive anabolism.

This is consistent with the AMPK-PKB switch hypothesis, which suggests that endurance and strength-related exercise activate and suppress distinct genes and signaling pathways, and these pathways have conflicting actions.

Specifically, aerobic exercise regulates AMPK (adenosine monophosphate kinase), which is associated with pathways involved in carbohydrate and fatty acid metabolism. This of course has beneficial effects on fat loss.

Now this doesn’t necessarily mean you should refrain from performing any cardio. While evidence supports the concept of an AMPK-PKB switch, recent research shows that it’s overly simplistic.

Instead of a “switch,” adaptations between aerobic endurance exercise and resistance training appear to take place along a continuum, whereby substantial overlap exists between pathways.

So while frequent, lengthy cardio sessions are bound to compromise muscle development, a more moderate aerobic routine likely won’t. And if nothing else, cardio is certainly good for your health and well being.

How much cardio is too much? Impossible to say. As with all aspects of exercise, individual response will vary based upon numerous genetic and lifestyle factors. Remember, too, that everyone has an upper limit to how much exercise they can tolerate before overtraining sets in.

Add in a cardio component to your routine and you increase the total amount of exercise-related stress placed on your body. At some point, these stresses can interfere with your recuperative abilities and bring about an overtrained state.

So for those looking to maximize muscle growth, the best advice is to err on the side of caution and limit the frequency, intensity, and duration of your aerobic sessions.

Three days a week of 20-30 minute bouts is probably a good general guideline, but again this will vary from person to person. Monitor your progress, stay in tune with any signs of overtraining, and tweak your program as needed. 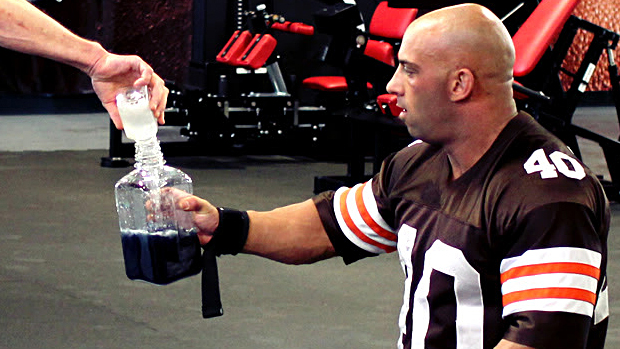 This mistake goes hand in hand with #3. In an attempt to get shredded while packing on mass, lifters will frequently restrict caloric intake while continuing to lift hard and heavy. Bad idea.

As previously noted, losing fat while gaining muscle is improbable for well-trained, natural lifters. If you fall into this category, it’s imperative that you consume a surplus of calories in order to support muscle growth.

This is consistent with the first law of thermodynamics, which states that energy can neither be created nor destroyed; only changed from one form to another. Simply stated, take in more calories than you expend and the excess energy will be stored in the form of body mass.

But lifters will take this to mean that it’s okay to eat everything in sight. This is consistent with the old-school “bulking” and “cutting” cycles where bodybuilders would scarf down massive quantities of food to get as big as possible and then go on an extreme diet with calories cut to starvation levels.

The problem with this approach is that upwards of 75% of weight gained during the bulking phase is in the form of body fat. Sure, you do gain muscle, too, but much of that is catabolized during the subsequent dieting process.

When all’s said and done, you’re lucky to retain half of your muscular gains. Worse, repeated cycles of bulking and cutting can reset your biological “set point,” leading to higher body fat levels in future cycles. Bottom line, it’s simply not a smart nutritional strategy.

So what is an ideal caloric consumption for building muscle without porking up like a Sumo wrestler? A general guideline is to consume between 18 to 20 calories per pound of body weight. If you’re a 200-pound guy, this equates to a target caloric intake of about 3600 to 4000 calories a day.

Those who are endomorphs typically do better with slightly lower calories, while those who are ectomorphic usually need a higher energy intake; as much as 25 calories per pound for extreme hard-gainers.

Once you settle on a given caloric intake, monitor results over time and adjust consumption according to your individual response. If you’ve been lifting for a while, a realistic goal is to gain 1-2 pounds per month when focusing on mass-building.

You’re not doomed to remain in a training rut. Identify the errors of your ways, employ the solutions, and you’ll soon be back on track to getting the most out of your muscular potential.