Here's a scenario for you female types: You meet someone you kinda-sorta like at the gym and you agree to meet him at the Outback Steakhouse for dinner. You, the bench-pressing, deadlifting, 100% woman that you are, order the Melbourne Porterhouse, cooked so rare you can put your ear to it and hear the sounds of the Australian prairie.

But instead of asking for some equally bovine entrée, your date just orders the salad and nothing else: a plate full of lettuce, radishes, and carrots, accompanied with some small grouping of blueberries and strawberries.

Now be honest. Didn't your thighs suddenly clench tightly together? Didn't an old, weather-worn sign proclaiming that "This here billabong has gone completely dry" suddenly pop up in front of your female parts?

There's no way you'd sleep with this, this... herbivore, right? He's obviously a low-testosterone hamster, or rather, since you're eating "Aussie" food, a gerbil, right?

Well, get ready to be served a big Bloomin' Onion of irony, missy, because a new study shows that your fruit-salad munching friend is more likely to be able to achieve and sustain a strong erection than the steak-eating guy who skimps on the plant food.

Researchers from the University of East Anglia and Harvard recently published the results of a large, population-based study in which they monitored over 50,000 men over the course of 30 years. The men were periodically asked about their ability to achieve and maintain an erection, tracking back to 1986.

The study found that those who regularly ate foods rich in certain polyphenols (e.g., anthocyanins, flavanones, and flavones) had improved sexual function and were far less likely to suffer from any kind of erectile dysfunction.

Foods that contain these particular polyphenols and that were prevalent in the diets of strong-erection men include blueberries, cherries, blackberries, and radishes. Encouragingly, the results were seen from eating what lead researcher Aedin Cassidy described as "just a few portions a week."

It's well known that certain polyphenols – anthocyanins and flavonoids in particular – are associated with a reduced incidence of diabetes and cardiovascular disease, and generally speaking, a good heart equals a good erection. After all, it's all about hydraulics.

So it stands to reason that if dietary polyphenols prevent or slow down the development of these diseases, you ipso facto get better erections.

Of course, there are likely other mechanisms involved, too. Certain anthocyanins can activate the enzyme AMPK, which affects nitrous oxide systems, which in turn control the intensity and duration of erections.

Exactly how much you'd have to eat requires further study, but it looks like you could easily duplicate the benefits experienced by the men in this study by adding a handful of blueberries to your cereal or protein shake a few times a week.

Alternately, you could go the supplement route to make things even easier. Indigo-3G® is an anthocyanin product that was designed to increase insulin sensitivity, but it's also about the most concentrated form of the anthocyanins available and should go a long way in fortifying sexual function. 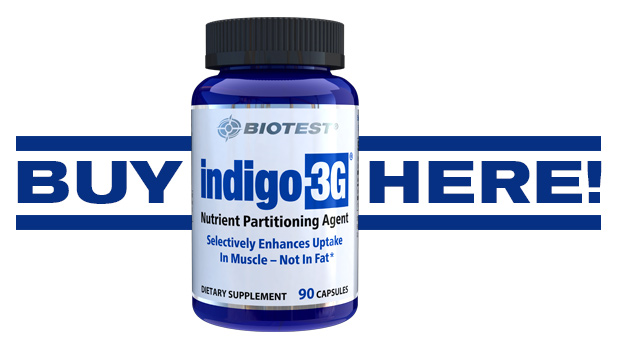 Likewise, the product Superfood, which is a freeze-dried preparation consisting of 19 different fruits and vegetables, contains abundant amounts of the polyphenols singled out in the erection study. 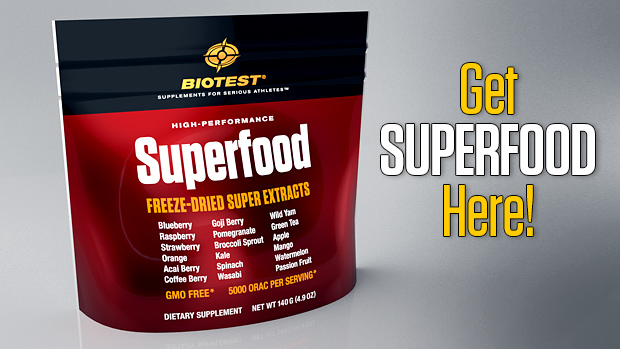 Oh, one more thing, and it goes back to the beef-tongue-in-cheek opening of the article: Steak eaters would have at least one turgid leg up over people who only ate polyphenol-rich foods and not animal flesh.

The meat eaters get lots more vitamin B12 than non-animal flesh eaters in general, and B-12 is essential to strong erections.

The take-to-bed message regarding erections is this, though: A strong and hale erection is indicative of overall health. It's the flaccid canary in a coalmine, and if your canary is dead, failing, or flailing, start by shoring up your nutrition with polyphenols (and maybe even some more animal protein). 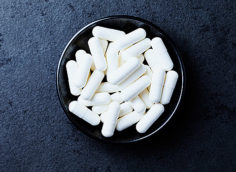 De-stress and take the edge off without feeling drugged. Here's something that will do just that.
Calm Down & Sleep, Nutrition & Supplements
TC Luoma November 27
Long before 1904 when J.T. Stinson coined the legendary phrase, "An apple a day keeps the doctor away," apples have been a historic symbol of good health.
Feeding the Ideal Body, Nutrition & Supplements
Mike Roussell, PhD March 15 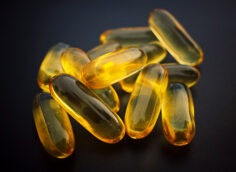