When I first started writing for bodybuilding magazines in the early 90's, the "dean" of bodybuilding journalists was a guy named Don Ross. In addition to writing for many of the newsstand mags of the day, Ross was also a pro bodybuilder, having placed in the top 5 in ten different competitions. 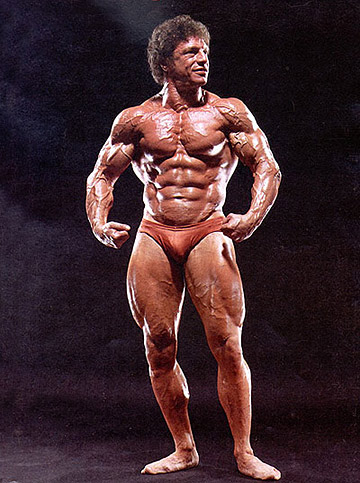 In stark contrast to most of the other competitive bodybuilders of the day who bulked up in the off-season, Ross was always ripped, so it took most of us in the business by surprise when he up-and-died one night after eating a big, juicy, steak dinner.

I thought about it a lot back then, trying to figure out if the fatty dinner had anything to do with his death. It was common knowledge that fatty meals cause a rapid increase in triglycerides, cholesterol, and free fatty acids, but it's not like they all congealed in Don's bloodstream to form a vascular version of the 130-ton "fatberg" that was removed from London's sewer system in 2017.

More likely his steak meal was just another in a long succession of fatty meals and it served as the fatty straw that broke the camel's heart. The chronic influx of high fat likely resulted in an inflammatory storm that continued to rage over the weeks, months, and years, until it resulted in his death.

Since then, we've seen this type of thing happen over and over again to millions of men who, after pounding down a meal that would have embarrassed Caligula, suffered a coronary event a short time later, and the belief persists that it's more than likely just the result of a long string of bad meals.

However, a surprising and alarming study just came out that suggests that maybe, just maybe, a single high-fat meal can do a man in. If it's true, we might want to be vigilant and take some precautions.

Chocolate Milkshakes: The Drink of Death?

Researcher Tyler Benson and his colleagues asked 10 healthy men to drink a milkshake made with whole milk, whipped cream, and ice cream. Each shake had 80 grams of fat and roughly 1,000 calories.

The "spiky" blood cells, instead of smoothly slipping past one another, have the potential to jam up like cars after a mass pile up, and the inflexible blood vessels apparently can compound the problem. Furthermore, these adverse affects might also destabilize plaques, which could also lead to a heart attack.

While this study was small and the changes noted in the red blood cells were temporary, it should be noted that the same researchers previously found that mice continuously exposed to high-fat meals experienced permanent changes to their red blood cells. Whether that happens in humans, too, remains to be investigated.

Should I Be Worried About This?

Let's quickly get things in perspective. Generally speaking, fatty meals aren't dangerous for most healthy people. However, a lifestyle filled with fatty meals (and is high-calorie in general) of course promotes obesity and adversely affects cardiovascular health by causing inflammation, insulin resistance, atherosclerosis, and oxidative stress in general.

Still, this study demonstrates for the first time that a single high-fat meal can "induce pathological RBC (red blood cell) remodeling and oxidative stress." As such, it might explain why Don Ross and so many others have had heart attacks after a fatty meal.

Personally, the study freaked me out. While I don’t have any apparent cardiovascular risk factors, I keep my testosterone levels high, so my hematocrit (the volume of red blood cells) normally hovers around 50, which is okay but borderline elevated.

But now, with the added concern of spiky red blood cells from the occasional fatty meal, I'm redoubling my efforts to keep my blood "thin" through the daily use of aspirin, Flameout®, and curcumin, all of which make the blood less likely to clot.

I may also make sure to take one or more of those supplements with the occasional fatty meal as an insurance policy, just so I don't fall face-first into a plate of lasagna, which is something you may also want to consider, too.

Tempted to splurge? Kill your cravings with a double dose of protein. Get the easy recipe here.
Feeding the Ideal Body, Nutrition & Supplements, Tips
Dani Shugart May 6
As kids, we all looked at superheroes with a sense of awe – not just for their heroic acts of fending off the bad guys, but also for their seemingly flawless muscular bodies. In fact, I know of more than one guy who started working out in order to emulate their favourite superhero.
Feeding the Ideal Body, Nutrition & Supplements
Dave Barr November 22 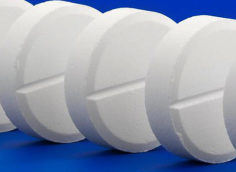 You probably have this in your medicine cabinet... and it might be inhibiting protein absorption.
Feeding the Ideal Body, Nutrition & Supplements, Protein, Tips
Chris Albert June 28