The global fish oil market is expected to reach $4 billion by 2022. But fish oil may eventually soon be overtaken by something else with broad-ranging health benefits: beta-glucan. It's only recently become the talk of the nutritional town, and news of its capabilities has just started to trickle down into the mainstream.

Beta-glucans are polysaccharides (a carbohydrate with several sugar molecules bonded together) that occur in the cell walls of certain cereal grains, bacteria, fungi, and algae.

The intriguing thing about them is that once ingested by humans, the immune system recognizes the beta-glucans as pathogen-associated molecular patterns or PAMPs. This means beta-glucan activates both innate and acquired immunity, which is a good thing.

Innate immunity is what you're born with. It consists of cells like neutrophils, monocytes, natural killer (NK) cells, and a set of 30 blood proteins known as the complement proteins. Together, they wage a concerted attack against invading pathogens.

Adaptive immunity, however, involves cells that require "training." Each infectious exposure "teaches" cells known as T-cells and B-cells to produce antibodies that attack specific infections. These cells "remember" the infection and produce long-lasting immunity to it. (This process is also the basis of most vaccines.)

It was initially thought that beta-glucans only activated innate immunity, which is great by itself, but the recent discovery that they also activate acquired immunity is really exciting.

In practical terms, it means beta-glucan has immunomodulatory, antimicrobial, antioxidant, and radioprotective (protects healthy tissue from radiation) properties. And, since beta-glucan is essentially insoluble fiber, scientists posit that it might also have cardioprotective effects through increased control of cholesterol, weight, and glycemic response.

I'll draw you an analogy: Some 25 years ago, the US Air Force had nuclear-equipped B-52H Stratofortress bombers in the air 24 hours a day, 7 days a week. They were on permanent alert in case Russia got a little froggy.

The B-52s have since been grounded, but their situation was similar to what beta-glucan does; it puts the immune system on round-the-clock alert against any potentially harmful enemies. If something does have the temerity to "attack," the odds of repelling it quickly are then far greater.

Let's say a virus has just invaded one of your cells. Almost immediately, the cell releases "cytokines," which are like chemical Paul Reveres that alert other cells of the invasion.

T-cells and natural killer cells come charging to the site of infection, but rather than save the infected cell, they destroy it so the viruses or bacteria inside will also die. (What is true in Star Trek is also true in immunology: The needs of the many outweigh the needs of the few.)

While these T-cells are performing their grim duty, they're also instructing B-lymphocytes to start forming immunoglobulins (antibodies) that are constructed to attach to that specific invader, much like a key fits a lock. The antibodies then enlist complement proteins to punch holes in the cell wall of the invader so it looks more like a Swiss cheese than a big, bad, pathogen.

In order to "remember" the "lock" of this particular invader, memory T-cells are formed so that any future invasions by the same invader can be quickly squashed.

Of course, this system isn't foolproof. If it were, you wouldn't see people come down with flu, colds, or other infectious diseases. You wouldn't see cancer.

However, ingesting beta-glucan on a regular basis seems to fortify the whole system, thereby increasing the odds of repelling a disease entirely or defeating it in less time than might otherwise be possible.

There's been a ton of research on beta-glucan, with a good number of human studies. Take for instance what happened when patients (from 25 to 65 years old) were given beta-1,3-glucan over a 90-day period:

That's just one study, but as of this writing, 17 other studies have found that people using beta-glucan had increased resistance against URTI. Another eight studies found that both recreational and elite athletes who used beta-glucan before intense exercise had a far smaller than normally seen decline in immune system functionality.

Other studies found that beta-glucan even helped allergy sufferers, reduced outbreaks of herpes, and even lessened the pain in osteoarthritis sufferers.

And here are a couple of layers of icing on the immunological cake: Age didn't seem to be a factor in the efficacy of beta-glucan; it worked just as well in codgers as young people. Neither did the use of beta-glucan lead to any apparent side effects, which means it's perfectly safe.

The short answer is no, for several reasons.

But when I first started looking at beta-glucan, I figured you could get an effective dose by just eating half a cup or more of oatmeal. I'd seen that the human equivalent to the doses of beta-glucan used in a couple of animal studies amounted to less than a gram a day, and a half cup of oatmeal, lo and behold, contained roughly 2 to 3 grams.

I've since learned that it's not that simple. Oatmeal, along with the other beta-glucan containing foods, has a mixture of different isomers of beta-glucans. That's not terrible, but beta-1,3-glucan is much more potent.

Further, our gastrointestinal tracts aren't prepared to adequately digest some of the cell walls of those natural grains like oatmeal (or yeast, for that matter) to give the gastrointestinal system access to beta-glucan. In other words, they're not very bioavailable.

And lastly, according to Dr. Vaclav Vetvicka, director of research at the Department of Pathology at the University of Louisville, "When beta-glucan is not adequately purified, it will contain numerous impurities, often acting against the biological effects of the molecules."

All of this is why algal beta-1,3-glucan, extracted from Euglena gracilis, is the preferred choice.

Algal beta-1-3-glucan has no chemical side branches or particulate matter. Its cell wall is much thinner than that of oat or yeast, making it easier to digest. Lastly, the concentration of beta-glucan in the cell walls of algae is over 95%, compared to the 60 to 80% found in certain yeast.

Don't get the idea that algal beta-glucan is just a bunch of dried seaweed, though. The Euglena gracilis is carefully grown and cultivated in stainless steel tanks using filtered water and food-grade nutrients.

When the algae reach their "target density," they're removed from the fermentation broth and the algal cells are filtered out. The beta-1,3-glucan is then extracted, washed, dried, milled, and finally packaged.

This is exactly the form of beta-glucan Biotest uses in its I-Well™ immuno-support product. 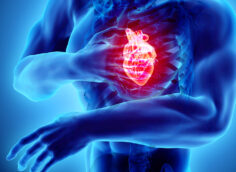