Yes, you can increase testosterone with a certain natural plant compound. But let's focus first on something that might be more important: improving your health so you'll have plenty of high-T years to enjoy. Luckily, this compound appears to help with both objectives.

The World Health Organization (WHO) figures that in any given year, around 50% of the premature deaths that occur are because of non-communicable diseases, with about 75% of those deaths directly attributable to cancer, cardiovascular disease, diabetes, and respiratory illness.

Any way you look at it, that's a whole lot of premature death, especially when the WHO (and just about anybody else with an IQ that has a fightin' chance of hitting 3 digits) says we could take a large chunk out of that percentage by just eating more fruits and vegetables.

If you're like most people, your assumption is that these life-extending benefits of fruits and vegetables could be directly attributable to all the vitamins and minerals they contain.

You'd be right... kind of. The thing is, these vitamins and minerals are generally pretty "easy" to get in modern societies, at least in the wealthier ones. They're in all kinds of foods – not just fruits and vegetables – and a lot of our processed foods are fortified with those workhorse nutrients.

What isn't as easy to get, and what's completely lacking in 90% of processed foods, fortified or not, is the class of substances known as polyphenols, which are a large subclass of phytochemicals present in fruits and vegetables that confer all kinds of health benefits to us.

So if eating more fruits and vegetables is going to reduce the percentage of unnecessary deaths in the world by non-communicable diseases, it'll be largely because of these polyphenols, the nutritional depths of which we're only just beginning to explore.

While the science of polyphenols in general is still in its infancy, there are a few individual polyphenols that have bushels of research on them, perhaps none more than resveratrol, a polyphenol found chiefly in the skin of grapes, red wine, and berries.

In addition to having several health-enhancing attributes, resveratrol also has several physique-enhancing abilities, including the ability to lower estrogen levels while increasing testosterone levels.

It Can Increase Testosterone and So Much More

Here are a few of the things science has discovered about resveratrol:

A Korean study found that the polyphenol increases levels of testosterone, along with improving sperm quality and motility.

2. Resveratrol acts as a potent estrogen antagonist (while also acting as an agonist in some tissues, similar to the drugs clomiphene and tamoxifen).

In higher concentrations, resveratrol even acts as an aromatase inhibitor. That means it stops the male body from whittling away at testosterone levels.

By parking its molecular body in estrogen's receptor sites, the substance blocks estrogen and even environmental estrogens (xenoestrogens) from initiating certain types of transcription, an example of which would be the growth of male breasts.

It probably does this by modulating levels of NO (nitric oxide), which causes blood vessels to relax (which is also how many erectile dysfunction drugs work).

You've no doubt read about how reducing your calorie intake to that of a squirrel on Weight Watchers has been theorized to delay aging. Well, the mechanism behind that aging-delay has to do with a protein called Sirtuin-1, whose job it is to promote efficient energy utilization.

Cut calories and Sirtuin-1 levels go up and you live longer. Resveratrol has this same effect on Sirtuin-1 without cutting calories and has been shown in laboratory studies to extend the lifespan of several different species.

One study has shown that resveratrol makes muscle fibers grow longer and thicker. The researchers, in their conclusions, wrote that "...resveratrol could control proliferation, start the myogenic process, and induce hypertrophy."

A number of studies have shown resveratrol to be anti-atherosclerotic, anti-hypertensive, anti-myocardial ischemia, anti-stroke, and anti-heart failure in general. It does all these things by increasing the bioavailability of nitric oxide (NO), positively affecting cholesterol and lipid profiles, reducing C-reactive protein, and acting as a powerful anti-inflammatory.

One of the things that contributes to Alzheimer's is an excessive production of Reactive Oxygen Species (ROS), and resveratrol has been shown to weaken the damage from ROS, in addition to having anti-amyloidogenic properties (i.e., helping prevent the plaques that are a hallmark of the disease).

Resveratrol has been shown to inhibit cancer cell growth and apoptosis (cell death). It also protects against DNA damage that may lead to the development of cancers.

Numerous papers have shown that resveratrol, in addition to treating the primary diseases that afflict man, also shows considerable promise in treating other diseases like Parkinson's, kidney and liver disease, cataracts, glaucoma, and diabetic retinopathy, in addition to having anti-pathogenic properties.

So Just Eat a Lot of Fruit and Drink Wine?

While certain foods are rich in resveratrol, "rich" is a relative term. Take for instance a glass of red wine. On average, it contains anywhere from .2 to 2.0 mg. of resveratrol. Great, except that the average "therapeutic" dosage of resveratrol is considerably higher.

In fact, you'd have to drink around 33 bottles of wine to get a decent amount in your system, which seems a bit excessive. Nope, there's no getting around it: taking resveratrol in supplement form is the way to go.

Unlike most other polyphenols, resveratrol's absorption rate in the human digestive tract is about 70%, which is pretty damn high, but even so, the actual bioavailability of the substance can still be less than optimum because of its rapid metabolism in the intestines and liver.

That's why taking it in supplement form is better, particularly if that supplement has incorporated a way to improve its bioavailability. Biotest's Rez-V™ is one such product (and may be even the only one, as far as I can tell).

It contains pure resveratrol (about six times as much as many other brands) that's dissolved in lauroyl polyoxyl-32 glycerides, aka "gelucire," a substance widely used in the pharmaceutical industry to enhance absorption of chemicals or nutrients. Take it and you can rest easy that it's being delivered to your cells instead of the sewer system.

How Much Resveratrol Do I Need to Take Every Day?

If there's one problem with phytochemicals, it's that having too few of them isn't associated with any particular deficiency disease. Contrast that with something like a vitamin C deficiency – if you're a little low, it could manifest itself by causing depression, fatigue, or impaired wound healing. If you're really low, you could develop scurvy and walk like an 18th century pirate.

Not so with polyphenols, so it's difficult to come up with any specific reference intakes. That being said, an examination of the scientific literature suggests that 200 mg. a day would work for general health purposes (one capsule of Biotest's Rez-V™ formulation contains 300 mg.), while doses of up to 600 mg. a day (taken all at once) might be necessary to build extra muscle, bind up estrogen, or have any beneficial effects on any of the diseases/conditions listed earlier in the article.

Luckily, it's practically impossible to overdose on resveratrol or any other polyphenols. The only known negative side effect from taking outrageous amounts is possible diarrhea, and even those were isolated cases.

Why Should I Add This to My Armory?

I know there are hundreds, if not thousands, of supplements in the world and choosing which ones to take is enough to make anyone a little numb, a little nutso, and more than a little jaded, but resveratrol is one of those I take every day and will continue to do so until I'm placed in a giant, hermetically sealed supplement capsule and buried.

There's just too much juicy research behind it to ignore. 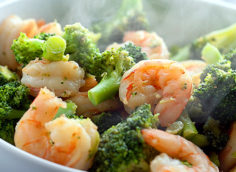 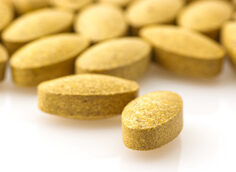