The German drug company Bayer just released a study on the effects of 11 years of testosterone replacement therapy (TRT) on a large group of men and the results might make even the most needle-phobic among us want to drop trou.

The study found that men who received TRT not only got healthier in a lot of ways, but they also lived longer, too.

Granted, there were a couple of things about the study that deserve a little extra scrutiny. For one, the specific TRT drug they used for the duration of the study was Nebido, an injectable version of a comparatively little-known testosterone ester named testosterone undecanoate (TU).

This drug has some interesting pharmacodynamics that differentiate it from other testosterone esters, but I’ll get into that later. More importantly, Bayer, who manufactures Nebido, paid for the study and just about everyone involved in the study including Axel, the guy whose job it was to keep track of whether to inject in the right butt cheek or the left butt cheek, was on their payroll.

Still, the results don’t really seem to conflict with the results of smaller TRT studies so I’ll give them the benefit of the doubt. Bottom line, the results appear to be good news for men.

Bayer found 823 hypogonadal men, most of whom were obese, to participate in their 11-year study. Four hundred and twenty eight of the men received 1,000 mg. injections of testosterone undecanoate every 12 weeks (TU is a uniquely long-lasting ester). The other 395 men got zilch, not even placebo.

Many of the men in this latter group chose not to receive TRT because they thought that the therapy was too risky. The scientific term for this phenomenon is “scaredy pants,” or, since this was funded by a German company, “hosenscheisser.”

Anyhow, the researchers monitored the health of both groups of men for the duration of the lengthy study.

If you read those results carefully, you probably noticed one puzzling aspect of the long-term TRT: HDL and LDL levels worsened in the TRT group while triglyceride levels improved.

The researchers didn’t draw any conclusions about that somewhat paradoxical health metric, but rather than fret about any potential cardiovascular problems, we might instead take solace in the increased overall longevity of the TRT group. Plus, the researchers certainly didn’t regard the higher HDLs and lower LDLs as a problem: 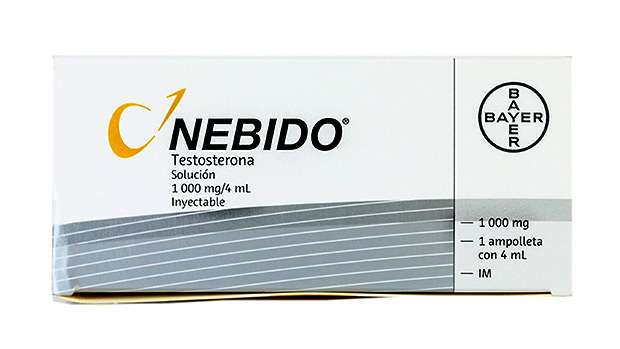 I’ve no beef with the findings of this study, despite the fact that it was entirely funded by Bayer. As I said, the findings are consistent with many smaller studies.

However, the drug they used isn’t readily available to Americans, even though an encapsulated version of TU has been used around the world for decades. Some American steroid aficionados might remember getting boxes of it from Mexico labeled as Andriol.

It was/is only one of two oral forms of testosterone, the other being methyltestosterone. What made it special, aside from its oral availability, was that it didn’t aromatize, at least not to any degree worth mentioning. That means you could use it without fear of gynecomastia or any increases in body fat.

Additionally, the drug didn’t have an inhibitive effect on the hypothalamus. You could take it without negatively affecting your body’s production of testosterone.

The main drawback of the drug was that it had an extremely short half-life. You had to pop one of the 60 mg. capsules every few hours. (I experimented with the drug over 20 years ago and found the dosing to be prohibitively annoying.)

However, Bayer later introduced the drug as an injectable – the aforementioned Nebido. Unlike the oral form, the injectable has a mind-bogglingly long half-life, requiring injections at 10 to 12 week intervals instead of weekly ones.

And, unlike other testosterone esters, TU exhibits only minor fluctuations in testosterone levels from week to week and potentially less risk of erythrocytosis (increased production of red blood cells).

Unfortunately, Nebido was only available in Europe. However, the FDA, after multiple submissions by Bayer, finally approved Aveed, the American version of Nebido, in 2014.

Ah, if only it were that easy.

While approved, Aveed is only available to patients through a “risk evaluation and mitigation strategy,” or REMS. That means that it can only be used in men for whom the benefits outweigh the risks.

It seems that there’s an alleged risk of pulmonary oil microembolism (POME) that can result in throat tightening, chest pain, dizziness, syncope (loss of consciousness from low blood pressure), allergic reactions, and possibly turning, literally, into a hosenscheisser.

Maybe, but none of that seems to be a concern in any of the more than 50 countries across Europe, Asia Pacific, and Latin America that have prescribed the drug for years without nearly so much hand-wringing.

Oh well, for the time being, we Americans still have considerably less trouble obtaining our old standbys – testosterone cypionate, propionate, and enanthate.

They’re not as long lasting as the undecanoate ester and are potentially a bit more problematical as far as potential side effects, but my educated guess is that their long-term effects are similar to those found in the TU study.