At the Arnold Classic this year, there were an awful lot of bodybuilders on stage who looked several months pregnant, if you caught them when they weren’t holding it in. More than usual this time.

And I’m talking about the men. Oddly, the women never look pregnant.

The issue can no longer be swept under the rug. For the freak show that bodybuilding is today (and l mean “freak” in a good way), the distention issue needs to be addressed.

The distended gut is an indication that the coach/guru in charge of the bodybuilder needs to up his game, just as he would if all his clients were tearing their pecs. Clearly he’s screwing up something.

The Belly and the Drug Myths

You’ve heard it called “growth hormone gut,” “slin-gut,” “roid belly,” etc. But what is so widely rumored to be the cause might not necessarily be so.

In the case of Gh, common doses in off-label muscle wasting cases range from 9-18 IU a day. As much as you’d like to believe they do, top pro bodybuilders do not typically do more than that. I see doses in the 4-12 range daily as being more common. But let’s call it 18 IU for argument’s sake. 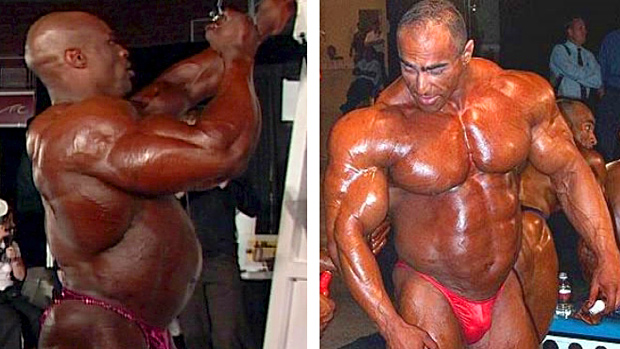 By virtue of omission, we can pretty well see that there’s no abdominal distention associated with pharmacological doses of Gh and insulin, which, in most cases, greatly exceed the doses competitive bodybuilders commonly use.

Don’t put too much credence into uncontrolled organ hypertrophy. Someone show me a noncancerous gall bladder the size of cantaloupe and I may change my mind, but not until then.

The abdomen is covered in muscle that grows right along with all the other muscles, depending on genetics and how it’s trained. That means today’s mega-huge bodybuilders have to deal with a mega-huge amount of abdominal muscle. 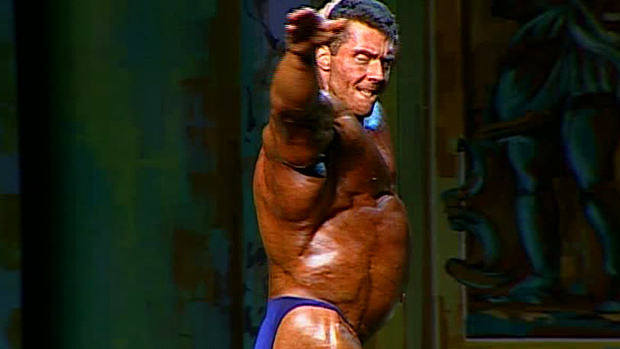 And therein lies the rub. How is a 270 pound guy at 5’10” going have the little trim waist of a bodybuilder who weighs 230 at that height? He’s not. So, there’s a lot of muscle, and it sticks out.

There’s a ton of arguing going on about how the ’80s and early ’90s bodybuilders didn’t have distended guts even though they were using insulin and Gh. That’s not entirely true, but it’s true enough to toss a wrench in the gears of the current argument.

Muscle mass is at an all time high today, more so than in the ’80s and ’90s, with just a small handful of exceptions. More muscle mass also includes abdominal muscle mass.

Why? Because he’s probably not taking in sodium and is on diuretics. 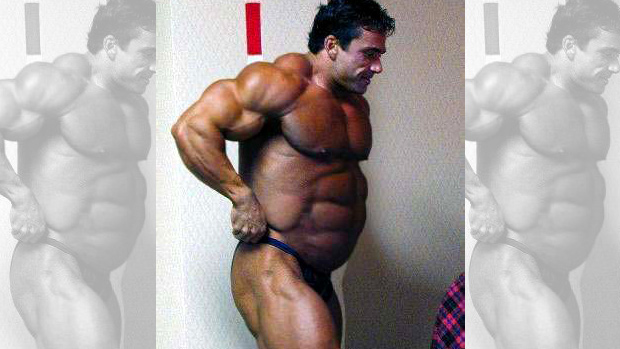 All that abdominal muscle is now being stretched because it’s so full. It then draws fluid to it (blood), just like any other muscle being worked or stretched. This, coupled with a ton of food, should create a nice big bulge where a vacuum is supposed to be.

Add all these variables together, along with others that I haven’t mentioned – stress, nerves, water manipulation – and you have a recipe for a challenge that will determine if your gut sticks out or not.

Figuring it out is part of the game in the “sport” of bodybuilding.

The onus should fall on the contest prep gurus to flatten out the mess they made. These guys should take this as a notice to maybe pay a little less attention to bro-science and more to real science. Figure out what you’re doing wrong and fix it. 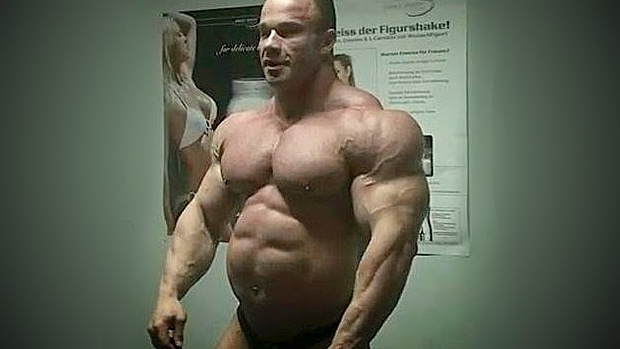 That should count against your scoring and could be the reason you’d lose. Unless, of course, the rest of the guys look worse, which is possible.

That’s the whole point of entering your physique in a competition designed to pick the best one. Your job as a bodybuilder should be to be as close to absolute perfect as humanly possible, including a tight, trim, totally under control midsection.

Arnold said that the current judging standards in bodybuilding have denigrated to the shameful degree that the athletes’ bodies no longer look “beautiful” or athletic, nor do they represent the kind of body that anyone would want to have themselves. Yep, he said it.

Now, Arnold is certainly not the first to criticize the judging of a bodybuilding contest. He is, however, the first one that’s not going to get any shit for it. That’s why the issue can no longer be ignored.

Arnold put his ample foot down. If you agree with him, it’s time to say so because, according to the Oak, “It’s unacceptable the way bodybuilding is going. We don’t want to see stomachs sticking out. We want to see the most beautiful man, the most athletic man.”

This is certainly not the first time we’ve seen distended abdomens. I can think back as far to at least the end of Dorian Yates’s reign when he was shamelessly photographed out of the lineup, sporting at least one pumpkin with a navel.

Having one should count against a competitor’s score not only because it’s ugly, but because it indicates that he’s failing at an important, and now vital, aspect of what it takes to be an elite freak in pro bodybuilding.

If you’ve chosen to be a freak, get the distension under control.