Testosterone replacement therapy is steadily on the rise. The number of men prescribed TRT has tripled in the last decade. But there's still plenty of misunderstanding and flat-out backwards thinking on how it works, what it is, and what it actually involves.

These are the four most common issues you need to understand before beginning treatment or dismissing the idea altogether. Done right, it may be the most significant and helpful treatments of your lifetime.

This is probably the most common, and most incorrect, presumption people have towards testosterone replacement.

The TRT patient's medication happens to improve lean body mass, increase libido, and have other side effects we generally consider to be positive. That's okay. People with hypothyroidism taking levothyroxine often see weight loss when their thyroid function is brought back into working order. And people on asthma meds are often able to increase their training intensity because they don't have to worry about, you know, dying during exercise. Nobody's attacking them for "cheating" because those are a simple result of the meds necessary to treat their conditions.

Of course, we're talking about the general public and not professional athletes who participate in organizations that have specific rules about performance enhancing drugs. For them, cheating is a valid scenario. Potentially. Even in those cases, many sports do have (arguably generous or vague) rules for TRT exemptions for athletes who do have legitimate low T. Unfortunately, these cases are often seen with an asterisk –an athlete exploiting a loophole to gain an unfair advantage.

We're also not referring to anyone who manipulates their body before getting a blood test in the hopes of influencing the results when they otherwise wouldn't qualify. If you have to temporarily alter your training, sleep, or nutrition in the hopes of skewing your blood labs to come back revealing "low T" in order to get a script written, then understand that you're not going to be on TRT, you're going to be on a low dose steroid cycle.

Believe it or not, it's slightly more complex than "Get doctor's prescription for testosterone, inject testosterone, live happily ever after." There are things you'll need to know, understand, and monitor every one to three months for as long as you're undergoing treatment (which is basically for life). Here's a list:

If that sounds like too much of a hassle, then you're not ready to responsibly manage your condition. Be an adult and do some homework before you start manipulating a cascade of hormones in your body. The goal is to maximize health and minimize side effects, not vice versa.

It would be great if we could just rely on our primary physician to handle everything for us. Ideally you'd want to hear something like this: 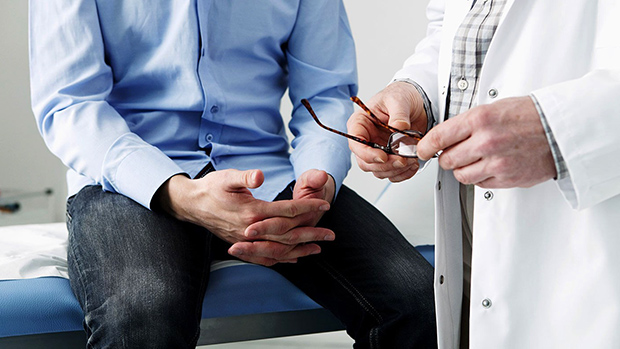 "Okay Bill, these are the tests we ran. I don't like the look of these numbers, but this is how we'll run the treatment protocol to stay ahead of any problems. Come back in four weeks and we'll see where things stand."

Unfortunately, that situation is still rare, so you need to be ready to bring your own info to the table. Even under the care of an endocrinologist or urologist, specialists who are up-to-date with the most efficient treatment methods, you are your own best advocate, and the more knowledgeable you are, the better. Cluelessly smiling and nodding (as your doctor describes why your current treatment doesn't warrant the inclusion of HCG, even though know you're having issues HCG could directly address) means you end up receiving inadequate care... and it's your own fault.

The other benefit of being an educated patient is the ability to intelligently question a proposed course of treatment that doesn't sound right. If your doctor is ready to prescribe a dosing schedule of one injection every three weeks, that should be a red flag and you should discuss testosterone half-lives, blood concentration peaks and valleys, and a pre-emptive rather than reactive approach to side effects.

Your other option? Don't say anything and just walk into his office on day 21 wondering why you've spent the last week more moody than a 15-year old girl and less energetic than a 95-year old guy.

When people think of steroids, they often think of cycles. Use them for a while, then don't use them (or use less) for a while, and repeat until swole. But TRT is not steroids. It's medication. A patient with low T doesn't "do a TRT cycle" any more than a Type 1 diabetic "does an insulin cycle." It's a treatment taken consistently to address a condition.

Low T doesn't get "cured," it gets managed. It's not like an infection where you're prescribed meds for ten days and you're off of them as soon as your body is healthier and symptoms have disappeared. It's more along the lines of, for lack of a better analogy, diabetes. You have a medical issue causing problems, so you undergo long-term care for that issue. Long-term, in the case of TRT, means forever.

The symptoms may improve or disappear because you're finally on the right medication to supplement what your body's lacking. It's not because the underlying source of the problem has been resolved. It may take weeks or months to adjust the proper dosing schedule and dial in consistent blood values, but from that point on, you're on a maintenance dose to literally maintain the results.

TRT patients generally don't taper off or stop treatment because working with the body's hormones is a constant balancing act. Try to raise testosterone, estradiol goes up. Try to lower estradiol with an aromatase inhibitor, it works too well and E2 crashes, starting new issues that need to be addressed, repeat ad infinitum.

Then add in variables like figuring out how your body responds to gels versus injections, subcutaneous injections versus intramuscular, and weekly versus twice weekly dosing. That all takes time to determine. As much as we might wish it were as simple as, "Start TRT Monday, start feeling better by Wednesday," your gut should tell you it just ain't gonna be that simple.

Just like with lifting or eating better, plan to be in it for the long-haul. You don't start deadlifting and stop as soon as you pull 225 like you've reached the finish line. You don't start a fat loss plan and stop as soon as you lose a half-inch on your waist. For the best and lasting results, you stick with it and invest time into figuring out the most effective path forward. Short-term thinkers turn out to be long-term losers.

4 – It's Actually Not As Big A Deal As Most Think

Yes, TRT is a significant medical treatment that involves recurring blood tests, fairly frequent injections, and a never-ending fight against potentially serious side effects. But that said, it's actually becoming more and more acceptable in the public eye. And that's a great thing.

Much the same way that lifting weights has become more broadly recognized by mainstream media and the "muscle-bound athlete" myth is mostly extinct, men wanting to be hormonally healthy is seen as less of a mid-life crisis and more as part of a genuine health issue.

Radio and TV commercials for TRT clinics regularly run during primetime and the negative connotations are slowly dying. People are wising up and seeing that there's more to it than just "testosterone means steroids" thinking. Judgmental Planet Fitness commercials notwithstanding.

If medical marijuana can overcome vehement opposition to gradually gain nationwide acceptance, it's not unreasonable to expect that TRT will also eventually be seen as just another medication someone is taking, especially if current treatments and publicity stay on pace. This can be helped on two fronts.

First, by the medical establishment who actually live, learn, and practice 21st century medicine. Doctors need to be educated on the actual risks and benefits of male hormone treatment without relying on the long-outdated textbooks they read circa 1980.

Every doctor who talks their 26-year old patient out of a blood test because they're "obviously too young to have low testosterone" or who tells a 53-year old "at your age, of course it's hard to build muscle" should be chemically castrated until they learn to appreciate properly functioning hormone levels.

Secondly, the public's attitude towards TRT can be helped by each individual patient. You have a responsibility to potential patients to do what you can to be a TRT success story and reduce the stigma of male hormone replacement therapy. That means understanding that you're treating a medical issue and not behaving like you're not getting "doctor-prescribed steroids." 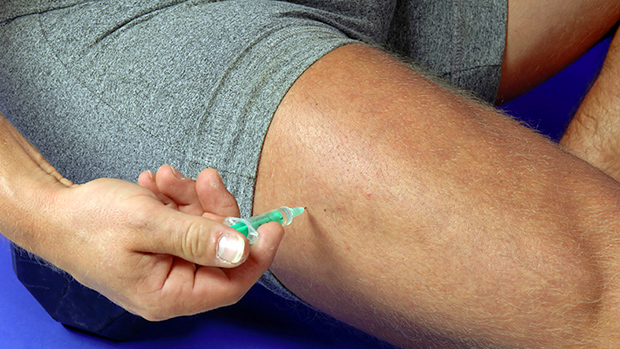 Every joke with your buddies about "finally gettin' the doc to gimme juice" and every social media post of you sticking a syringe into your leg with the caption, "Hurts so good" weakens the case for TRT to be taken seriously and encourages the dumb-meathead-using-gear stereotype. You shouldn't want to be that guy.

It's pretty simple. If you see TRT as just an easy fast-track to finally getting results in the gym, you're going to run into problems sooner rather than later. If you treat TRT like what it is – a medical treatment for a condition that affects your health – you're much more likely to see benefits and you'll help set the stage for testosterone to no longer be something that gets half-heartedly mumbled about at the doctor's office or joked about negatively.

Testosterone, the hormone and the word itself, should be something all guys (and gals, actually) can be proud of. 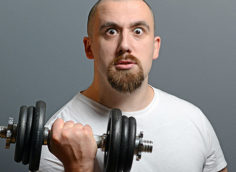