Why they call Vitamin D a vitamin is a mystery to me. It's like calling your mom's Pomeranian "Senator Chesterton of the Great State of Maine," when his name is Barney.

I write that because vitamin D is actually a pro-hormone and not a vitamin at all. By itself, it has no significant biological activity. Instead, it has to be converted by the body into its active form, the hormone 1,25 dihydroxycholecalciferol.

It's at that point where it can do its magic stuff, like bolstering your immune system, your testosterone levels, and even the sex drive of female-types. You could even call taking "Vitamin D" a form of hormone replacement therapy, and much like another, better-known type of hormone replacement therapy, Vitamin D therapy also appears to increase muscle mass in both lab animals and humans.

I don't blame you if you're skeptical, but a few years ago, nutritionists at Mahidol University in Thailand conducted a study on 163 overweight men and women. They found that subjects with higher levels of vitamin D had more muscle and a lower percentage of fat.

A paper published by a group of British scientists provided even stronger evidence. It compiled the results of six studies in which a total of 370 men and women between the ages of 18 and 40 took 4,000 IU of vitamin D every day. Across the board, the vitamin D users exhibited more strength in the leg press, chest press, bench press, and other measures of strength.

Chinese researchers from Xi'an Jiatong University, home of the fightin' banana slugs, gave 95 healthy participants either 420 IU of vitamin D3 a day or placebo for a year. When the study was over, none of the subjects in either group saw any changes in blood pressure, fat mass, grip strength, or endurance, but the group receiving vitamin D3 increased their lean mass by half a kilogram (a little over a pound).

Granted, a good lifter could gain a pound from carrying a crate of John Grisham novels to the Goodwill store, but you have to remember that these people gained muscle just by being alive – no resistance training or exercise was involved.

It only takes a small leap of faith to imagine that the results might be better for someone who's actively involved in trying to build additional muscle mass.

There are at least a couple of theories about why taking D3 would lead to growing more muscle. One theory, as proposed by the scientists who conducted the Thai study mentioned earlier, is that Vitamin D3 has a suppressive effect on the myostatin gene, and the more you suppress myostatin, the more muscle you grow (up to a point, of course).

Another theory suggests that vitamin D may trigger PGC1-alpha, a key regulator of energy metabolism that spurs the development of new mitochondria. This in turn may allow you to train harder and faster and thus foster additional muscle growth.

As such, use D3 whenever possible. While the Chinese study only gave participants 420 IU a day, it's both safe and rational to use anywhere between 1,000 and 4,000 IU a day.

Alternately, you could lie in the sun for about 20 minutes, three times a week, while taking precautions not to induce "Josh Brolin syndrome," a.k.a. burnt taint. However, you need a UV index of 3 or higher to do this, and the only places that guarantee that year-round are at, near, or somewhat near the equator (between the 37th parallel north and 37th parallel south).

Regardless of how you do it, the only way you can know for sure if you have enough 1,25 dihydroxycholecalciferol is to get it tested. A blood value of 50 ng/ml is considered adequate for health, but for fat-burning and muscle-building purposes, shoot for something around 70 to 85 ng/ml. 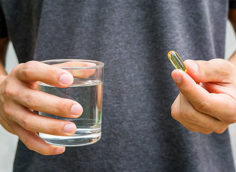 Coffee can prevent disease and extend life, but only if you drink the right kind.
Diet Strategy, Feeding the Ideal Body, Nutrition & Supplements, Tips
TC Luoma September 28
Over the last couple of months, T-Nation has been asking its strength coaches and nutrition gurus to share their ten most powerful tips.
Feeding the Ideal Body, Nutrition & Supplements
John Berardi, PhD December 7