A few years ago, researchers from the University of Texas Health Science Center reported that diet sodas made people fat. In fact, they got pretty damn specific about it. They said that every can of soda you drink increases your chance of being overweight by 41%.

I'm not even sure exactly what the hell that means. Should we infer that drinking two and half diet sodas at a Mets game would make our chance of being fat 102.5%, which means that it's a mathematical certainty and we should stop at the tailor on the way home to have our pants let out because the fat sure be-acomin' soon?

Probably not. Anyhow, they had several theories as to why diet drinks might make you fat.

First, they said that exposure to sweetness (in artificially sweetened drinks) might increase the psychological desire for sweetness. Second, they figured that maybe people, upon feeling all proud and puffy-chested about having banked some calories, would then overcompensate by eating an entire Bundt cake or something.

Others thought that the artificial sweeteners, despite lacking any calories, might have an insulinogenic response and cause people to physically crave more sugar. All their guesses had the taint of plausibility around them. Too bad they were all wrong.

A 2014 study by Sorensen compared artificially sweetened soft drinks to sugar-sweetened beverages and he found pretty much the opposite of the Texas study – people who drank diet sodas lost more weight than the sugar drinkers.

Of course, there was a huge difference in the amount of calories ingested by the artificially sweetened group and the sugar-sweetened group, so you'd expect that the former would lose more weight. You know, calories in, calories out.

So it could be said that the calorie deficit was so great that it overshadowed all those hypothetical psychological and physiological cravings theorized by the Texas group. Fair enough, so let's look at another study.

The group that drank diet drinks lost more weight during the 12-week weight loss period. They also had greater reductions in waist size, along with reductions in cholesterol, LDL, triglycerides, and blood pressure than the water group.

Why didn't the water drinkers lose as much weight as the diet-soda drinkers? It must be that people who drank water ended up jonesing for sweetness, or at least the illusion of sweetness. In other words, water drinkers felt hungrier and they often succumbed to that hunger, which is the opposite of the effect theorized by the Texas group.

Just recently, Peter Rogers, writing in the "Proceedings of the Nutrition Society," took a look at all the studies comparing sugar-free soft drinks to naturally sweetened drinks and all the arguments, pro and con, and concluded that, "...the results of the intervention studies comparing LCS (low-calorie sweeteners) v. sugar indicate that the effect of energy dilution outweighs any tendency LCS might conceivably have to increase energy intake."

In normal-human speak, that means that the calorie reduction you get from drinking diet drinks as opposed to sugar-sweetened drinks is more important than any of the theories about how diet drinks could supposedly make you ingest more calories.

So go ahead and reject diet sodas for any one of the variety of reasons usually given: They iz gonna cancer-up your liver; they're used by seafaring companies to remove rust and barnacles off salvaged ships; mobsters use them to dissolve people that needed killing; or the artificial sweeteners might gentrify the bacteria in your funky, urban, intestinal tract, whatever.

Just don't count "they'll make me fat" as one of your reasons. 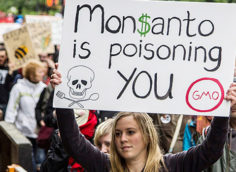 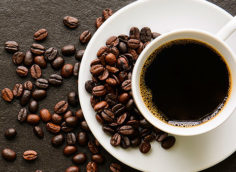 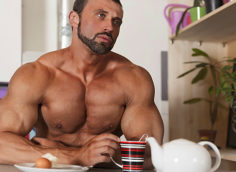 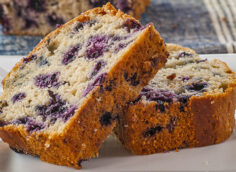