People are confused by cortisol and its role when it comes to leanness. On one hand, it's a hormone that should increase fat loss. It actually plays a role in the breakdown of stored energy (glycogen, fat, protein) for fuel.

As the stress hormone it gets your body ready to deal with a stressful situation like running away from a tiger. Energy mobilization is one of the most important elements of dealing with stress.

Charles Poliquin often claimed that cortisol makes you fatter. He specifically said that elevated cortisol makes you store more fat on your belly and lower back. Sadly, this idea of spot-storing body fat discredited him in the eyes of some coaches. And the evidence-based crowd dismissed the impact of cortisol on fat loss/fat gain.

Cortisol is a mobilization hormone. And when it's released acutely and not chronically it does help with fat loss.

Chronic cortisol elevation decreases the conversion of T4 into T3. And that's how it can decrease metabolic rate over time.

That's important for natural lifters because if you use a form of dieting (and training) that leads to excessively high levels of cortisol, you run the risk of slowing down your fat loss efforts in the long run.

Too Few Calories and Carbs

Excessive caloric deficits can lead to chronic cortisol elevation, and so does complete deprivation of carbs.

Think about it. Cortisol's first function is maintaining a stable blood sugar level. So when blood sugar drops down (when carbs or calories are too low) cortisol and glucagon are released to bring it back up. Cortisol is also released to mobilize other fuel sources.

So the greater the caloric deficit, and the lower the carbs, the more you risk increasing cortisol.

But for a natural lifter, chronic cortisol elevation can not only slow down fat loss in the long run, but also make it harder to gain muscle or even maintain it while dieting down. (Hit the first related link below for more info.)

You probably hear these misguided remarks about nutrition every day. In fact, you may even be saying them yourself.
Dietary Myth Busting, Feeding the Ideal Body, Nutrition & Supplements
TC Luoma October 20 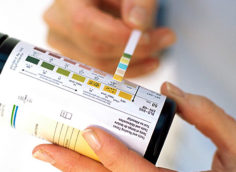 It's an okay option for fat loss for some people, but not for lifters chasing hypertrophy. Here's why.
Dietary Myth Busting, Feeding the Ideal Body, Nutrition & Supplements, Tips
Christian Thibaudeau April 7

Tempted to splurge? Kill your cravings with a double dose of protein. Get the easy recipe here.
Feeding the Ideal Body, Nutrition & Supplements, Tips
Dani Shugart May 6