Can You “Break” Your Metabolism?

Some people say that a really strict diet – like one you do to get ready for a bodybuilding show – will wreck the metabolism. Will it?

Well, it probably won’t… at least not in the way most seem to think. There are definitely some issues you can induce with extreme dieting and exercise, but “wreck” is probably too strong a term. That assumes you broke something. The metabolism doesn’t break. In fact, it’s doing exactly what it’s designed to do.

Let’s get some definitions out of the way, because that’s where most of the confusion starts. You’ve likely heard of the admittedly vague and non-medical terms like “adrenal fatigue,” “starvation mode,” and “metabolic damage.” These are more marketing lingo than medical terminology. But that doesn’t mean they don’t have some utility.

In medicine there’s often dysfunction before disease. For example, if you have a fasting blood sugar level above 126 on two separate occasions, then I can diagnose you with diabetes.

However, if you have a blood sugar above 100 but below 125, what do I call that? You don’t yet have diabetes, but you obviously have some dysfunction. We call these a lot of different things in medicine: prediabetes, dysglycemia, impaired glucose tolerance, or something else.

Same thing with the metabolism. When you have difficulty sleeping, insatiable hunger, unstable mood, unpredictable energy, uncontrollable cravings, and you’re no longer responding to the same calorie deficit BUT your blood labs and vitals are all normal, what do we call that?

There’s obviously something going on, but we can’t put a diagnosis on it, can we?

So, we use some descriptive terms like metabolic compensation, metabolic resistance, metabolic dysfunction, or metabolic damage. Or like you, we just say, “Damn, I think I wrecked my metabolism!”

You didn’t. What happened is a predictable phenomenon and we know some (although not all) of what it’s about. Part of it is what research calls “adaptive thermogenesis.”

What Happens During Adaptive Thermogenesis

A competition diet is well-known for inducing a very wide calorie cap. You cut calories down and you expend a lot of energy through weight training and/or cardio. In the same way not changing your car’s oil or filling up with gas will cause the engine to conk out, the body does not respond well to this large energy discrepancy.

What’s worse, after the show, when you no-longer have the external motivator and would prefer to eat like a human being, you’re primed to gain all that weight back plus some.

I’ve come to call this the “metabolic credit card effect” –– you get short-term results, but you pay steep metabolic penalties later. Anyone that’s seen a first-time figure competitor blow up like a helium balloon post competition knows this well.

Is that a wrecked metabolism? I suppose you could describe it that way, but another way to look at it is your metabolism is doing just what it’s designed to do. It feels it needs to recover that debt. After all, it evolved in a feast and famine reality and it thinks it’s doing you a favor by mitigating the famine and maximizing the feast. 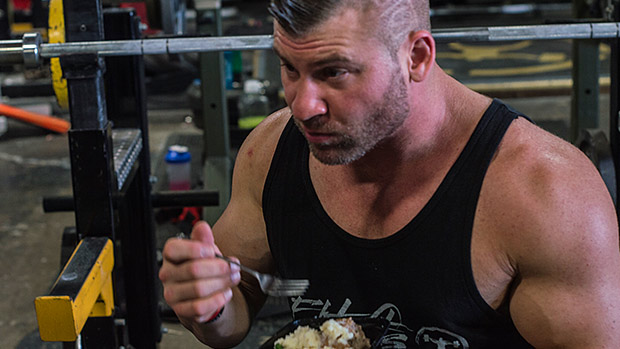 How to Limit Metabolic Compensation