Whenever a sports movie comes out, there's invariably a locker room scene where some athlete is shown sitting in an ice bath. Aside from the old "clear eyes, full hearts" type of locker room speech, it's probably one of the most common sports movie tropes there is.

The implication is that the athlete-slash-slushie just finished a grueling workout. That, or he just spent four quarters being perforated by some 250-pound fullback's cleats.

The intent of the ice bath, at least in real life, is to quell acute inflammation and get the athlete back on the field a lot quicker. Exposing the muscles to frigid temperatures – whether through a whirlpool ice bath or a bag of frozen peas – will ease the pain and facilitate healing... or so everyone still seems to think.

Well, maybe icing does relieve some pain, albeit temporarily, but it sure doesn't help with healing. If anything it hampers healing, and this is true regardless of whether an athlete got run over repeatedly by a two-legged Mack truck or they just finished a grueling squat workout.

Paper Cuts and Macrophages and Fibroblasts, Oh My!

What we need to remember about inflammation is that it's crucial to healing. Without it, that paper cut you got from the time they rained crisp dollar bills on you during that bachelor or bachelorette party would never heal, instead forever serving as a reminder of your youthful debauchery.

Here's how it works: After an injury, histamine is released, causing tissues to swell. Macrophages march in to attack invading microbes. And, more pertinent to our discussion, growth factors are recruited.

Put ice on an affected body part, though, and all of that slows... or stops... com-plete-ly.

I wrote about all this stuff for the first time back in 2013, but it's going to take a much deeper thaw than that to melt this post-workout myth.

Let's look at the evidence. A 2011 study showed that people who iced torn calf muscles felt just as much pain and discomfort as those who took their pain libation straight. Neither did icing help them return to their normal activities any sooner.

Another study, this one conducted in 2012, found that athletes who iced their muscles after tough workouts regained their strength more slowly than athletes who just gutted it out.

Then, in what should have put the coup de grace on post-workout icing, a 2015 study found that lifters who routinely put ice on their sore muscles developed less endurance, strength, and size than non-icers.

Unfortunately, none of the previous studies explored the mechanism behind this failed strategy, but a new Japanese study does just that. While conducted on mice and not humans, the study appears to validate the muscle-thwarting mechanisms I described earlier.

What the Kobe University scientists did was round up 40 mice and electrically zap the bejesus out of their calf muscles to simulate a prolonged workout.

They then strapped mouse-sized ice packs to the affected limbs of half the mice. Muscle samples were collected from both groups and then microscopically examined. Both groups showed clear damage to muscle fibers, but the non-ice group exhibited a much quicker deployment of pro-inflammatory cells that began clearing cellular debris.

By the third post "workout" day, most of the damaged fibers had been disposed of, at which point anti-inflammatory cells began showing up. Satellite cells began to grow. Healing commenced and by the end of two weeks, the mice were ready for action.

The iced group didn't do as well. It took seven days for inflammatory cells to do what the non-iced cells did in three. Even after two weeks, the iced mice were still on the disabled list. 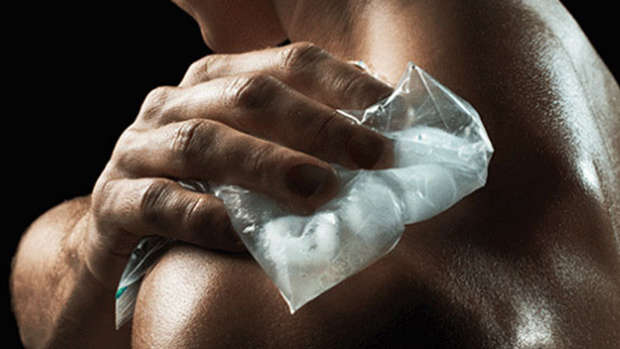 What Should I Do Instead of Icing?

It should be clear that icing muscles after a workout is a bad idea. Hell, in my mind, icing after almost any injury, including certain surgeries, might not be a good idea, but that's yet to be proven and I'm hesitant to give a full-throated recommendation to that practice without some studies to back it up.

Anyhow, in the case of post-workout pain, here are some handy, stick-on-the-fridge door recommendations:

These exercises and training methods have their place, but they're stupid choices for most gym goers. Here's why.
Bodybuilding, Opinion, Training
Christian Thibaudeau January 22 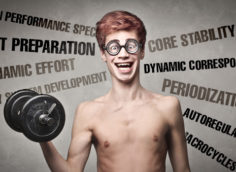 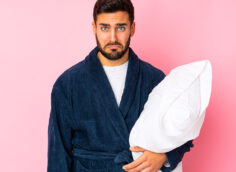 Not only does bad sleep make you overeat the next day, it also lowers your natural testosterone levels. Here's why and how to sleep better.
Health & Longevity, Living Better, Tips
Chris Shugart March 18