Forward head posture can add significant stress to your muscles and joints. You know that. But the benefits of improving your posture extend far beyond reducing muscular tension.

The way you carry yourself can either negatively or positively influence many different elements of your biology, some of which you may be surprised to learn. In a nutshell, proper alignment is not only important for the health of the musculoskeletal system, but the respiratory system, the digestive system, and many other bodily functions.

There are several muscles responsible for the respiratory process, but the primary contributors are the diaphragm and the intercostals. A person whose shoulders, ribs, and pelvis are misaligned won't be able to optimally use the diaphragm.

Instead of harnessing the power of the diaphragm, the body will instinctively resort to compensating with accessory muscles like the pec minors, the upper traps, and the sternocleidomastoids (in the neck) for respiration.

This means they'll be stuck in a perpetual fight-or-flight state. Why? Because those are the muscles activated in states of stress. In order for our muscles to fully contract and relax, they have to be in the right position to do so.

A study from the American Academy of Physical Medicine and Rehabilitation tested to see how different sitting and standing postures affected lung capacity and expiratory flow.

They tested the participants in four different postures: standing, slumped, "normal," and neutral with added lower back support. Not surprisingly, the slumped group demonstrated significantly lower respiratory function than did the other groups (4).

Additionally, people who have an anterior pelvic tilt will have adaptively "long" abdominal muscles, a diaphragm that's stuck in a partial contraction, and hamstrings that are locked in a stretched position.

Correct diaphragmatic breathing helps your body return to the parasympathetic nervous system in which your heart rate decreases and your body begins to relax.

Lastly, if you're primarily using the muscles in your neck and chest to breathe, you won't be able to properly recover, whereas a properly aligned rib cage will allow for optimal movement of the diaphragm, resulting in fuller breaths.

Digestion starts in the mouth as we chew, then continues through the esophagus as we swallow. For someone who demonstrates a forward head posture (which is increasingly prevalent in the smart phone era), the esophagus is pushed forward, making the food's journey to the stomach more convoluted.

The vagus nerve (located just behind the jaw on either side of your body) is intimately intertwined with the digestive system. A forward-head position can influence the function of the vagus nerve, which could result in difficulty swallowing or cause acid reflux.

As your food moves down into the stomach, the position of your torso will determine how efficiently those nutrients move through the rest of the digestive system. A slouched posture will compress all of your internal organs like your stomach and intestines. This will ultimately limit motility in those areas, slowing down the entire digestive process.

If you spend a large part of your day sitting while hunched over a desk, then taking regular movement breaks and setting reminders to sit up straight will go a long way to improve your digestion.

A study from 2006 found a correlation between forward head posture and tension headaches.

Participants who had a significant degree of forward head posture had a much greater likelihood of experiencing chronic tension-type headaches than did the participants whose heads were closer to their center of mass (1).

The further forward you shift your head, the greater the load placed on the anterior neck muscles and the tighter the suboccipital muscles (underneath the base of the skull) will be.

Another paper noted that the angle from the ear lobe to C7 (the lowest bone in the neck) was a major determining factor for temporomandibular joint pain. Individuals who had the smallest ear-C7 angle were the most likely to experience TMJ dysfunction (3).

The muscles on the back of the neck influence the movement of the mandible in the jaw, and any tension that results from postural abnormalities will increase the stress placed on those joints.

It's easy to envision how poor posture might impact the muscles of the shoulders, neck, and lower back, but the muscles in the head and jaw are also jacked up.

Participants who simply stood in a "confident" posture by pushing their chest out and standing more upright actually felt more confident than they did when they stood in a "doubtful" posture, as they do when they're slouched (5).

So, if you're feeling down about yourself, hunching over and sulking is the worst thing you could do for your mood and for your self-esteem.

Researchers at San Francisco State University took this info one step further. The participants were either asked to walk in a slouched position or to skip. The subjects were asked both before and after their interventions to rate their energy levels.

Those who walked with a slouched posture noted significant decreases in energy, whereas the skipping group actually noted a large increase in energy. So, skip your way into the gym and office every day. (Okay, maybe not.)

Improving your posture takes a lot of time and commitment, but here are some simple and effective strategies you can throw into your daily routine:

If you're not able to purchase a standing desk, you can make some simple modifications to improve the ergonomics of your workspace. Just elevating your computer screen to eye level can spare you from the need to hunch over your desk.

The more often you implement these strategies, the quicker you'll see changes in the way you carry yourself. Remember that your habits over the course of many years have contributed to your current posture, so it may take a while to reverse these patterns in your brain. 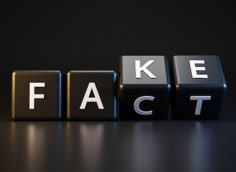 This may hurt your feelings, but it'll also solve your fat loss problem. Step away from your safe space and check it out.
Health & Longevity, Living Better, Tips
Chris Shugart January 1
What Your Doctor, Your Friends, Your Mamma, and Maybe Even You Don't Know About Steroids
Living Better, Pharma, TRT
John Berardi, PhD & Kris Aiken January 31 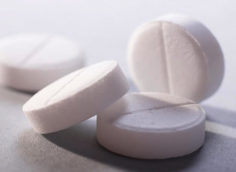 Sunscreen helps a little, but this stuff can ward off melanoma from the inside.
Living Better, Pharma, Tips, TRT
TC Luoma June 7