Great. You're almost ready for the imminent zombie apocalypse. Almost. Now it gets tricky.

We don't know what form the zombie invasion will take. It could be caused by a mutated virus, brain parasites, neurotoxins, aliens, nanobots, or ancient curses. The origin will determine the type of zombie we'll be dealing with.

Fast or slow zombies? Brainless walkers or hive-minded hoards? Will humanity unite against the undead or will we also be fighting our fellow survivors for those last few cans of tuna?

We don't know, so we need to be ready for anything. And we have to survive until the military arrives, patient zero is discovered by a smart-yet-super-handsome scientist, or until all the infected decay into mounds of mush.

The ammo and supplies will eventually run out, so we have to add one more thing to our checklist: physical readiness.

To get ready fast, use methods that allow you to stimulate several physical attributes simultaneously.

To survive, focus on three main areas and use a specific training technique for each:

You'll build strength and size with the program below by doing sets of 5 heavy reps on the big exercises using the continuous ramp method.

This method involves using three variations of the same movement pattern. Each of these three movements are ramped up to their 5RM. When you hit your 5RM on one movement you continue adding weight but switch to the next (stronger) movement.

For example, you'll do Zercher squats, move to front squats, then to back squats. All of these train the same movement pattern, and you'll be able to go heavier on each exercise because you're much stronger with back squats than you are Zercher squats.

This will allow you to get a lot of stimulation for one specific pattern while targeting different muscles and muscle fibers involved in that pattern.

Since you never know how you'll have to use your strength when fighting zombies, it's important to be able to utilize strength in various conditions.

Fact: Zombies are total jerks. So they're not going to wait for you to rest between sets of bludgeoning their brainpans with a crowbar.

It's good to be strong, but you also need to be able to sustain a continuous muscular effort. Use mechanical drop sets to work on that.

Do the same movements as you did with the continuous ramp. Mechanical drop sets use three variations of one movement pattern. They're done in succession with a brief rest – 5-10 seconds, just enough to reset and clear some lactic acid.

The three exercises are arranged in a weakest-to-strongest order. That will allow you to go close to failure on the first one and still be able to do reps on the second and then the third exercise.

Shoot for about 70-90 seconds of intense effort. Go all out. You have to get used to the lactic acid, otherwise it'll come back to haunt you when the biters come ambling in.

You need to be faster and more explosive. Train explosive movements, like variations of the Olympic lifts, throws, and jumps.

Throws are useful. If you become good at hurling objects you'll be able to use anything heavy as a weapon against the necrotics.

It's possible you might need to run away, so you need speed and agility.

You might also need to carry a friend that's been injured in battle. Never leave anyone behind... unless they've been bitten, then simply severe their spinal column.

To be prepared, use loaded carries.

No training. Learn to field dress and cook wild animals. Stock up on batteries at Wal-Mart.

Wait, you don't think the zombies are coming?

You're a damn fool then. But if you're right, this program will also make you strong, lean, capable, and fast. And that's cool too.

Roll like a martial artist, do loaded sprints, and use complexes wisely to build all-around athleticism and strength.
Powerlifting & Strength, Training
Dan John May 7

How one of our top coaches programs exercises, sets and reps, progressions and more. Check it out.
Bodybuilding, Powerlifting & Strength, Training
Chad Waterbury July 18 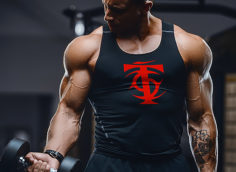 Sounds weird, but it'll make you grow like crazy. Here's what to do.
Training
Bradford Cooke September 10

The way you hold the bar can make a huge difference in how much you can hoist overhead. Check this out.
Overhead Press, Shoulders, Tips, Training
Tom Morrison March 28