Whatever happened to the movements that build muscle and develop strength?

Whether you're trying to chisel an enviable physique or develop the best athlete possible, strength is the workhorse that pulls the cart of bio-motor abilities, and it should be prioritized accordingly.

However, many lifters and athletes have it all backwards, latching onto advanced programs, complex periodization schemes, and innovative exercise variations before they establish a concrete foundation of strength.

Big mistake. Maximal strength is the foundation and once it's built, it stays. Here's how to build it.

Maximal strength, or limit strength, is the greatest amount of force that a muscle or muscle groups can voluntarily produce, regardless of time.

To increase maximal strength, the first thing you have to do is scale back on the extra-curriculars and prepare to attack the compound movements such as presses, squats, and deadlifts with unbridled vehemence and immeasurable intensity.

The big money lifts are the ones that get you brutally strong. Deadlifts in particular, especially as you approach and exceed 90% of your one-rep maximum, serve as a catalyst in boosting limit strength as they rouse the fastest and largest number of high threshold motor units, increase rate coding and motor unit synchronization, and streamline neural drive.

The Role of the CNS

Enhancing neural drive improves the functioning of the central nervous system (CNS). Unbeknownst to many of the pencil-necked, polo shirt wearing commercial gym personal trainers, the CNS, not our body's muscular system, serves as our body's strength headquarters. 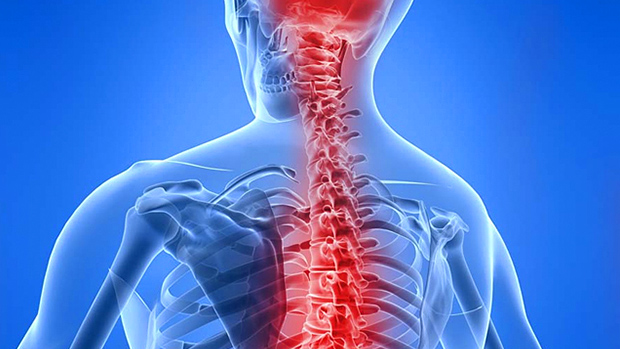 Although physiological properties, such as a muscle's cross sectional area, hormone secretion, and nutritional status – and biomechanical properties such as lever lengths – all impact strength to some degree, it's the CNS which yields the greatest influence on force development.

Do you think balancing on a Bosu or doing a random CrossFit death circuit of the day is going to get you vastly stronger? If so, then, think again.

Lifting heavy weight isn't the only way to get mind-blowingly strong. Harnessing tension and getting appropriate muscles to fire to achieve optimal positioning is critical.

Deadlifts and other concentric-only "dead" movements must be preceded by the synchronous activation and subsequent tension of the core musculature.

Keeping the core tight will help maintain a neutral spine throughout the movement and will help to buttress deleterious forces levied on the spine, not to mention enhance rate of force development and develop hellacious starting strength.

Grasping the bar as tightly as possible will irradiate the neighboring musculature, initiating a domino effect of neuromuscular engagement throughout the kinetic chain.

A tight, crushing grip imposed on the bar will ignite the muscles of the arms, rotator cuffs, shoulders, upper back and traps, creating intramuscular tension, which will account for more force production.

On deadlifts, actively driving your heels through the floor will help pull the posterior fascial line taut, thus contributing to the extension moment of the hamstrings and glutes.

Exert as Much Effort as Possible

Commit yourself to the pull by wrapping the bar with a vice grip and build up the requisite tension to initiate the pull. Explode off the floor with deliberate fury, which will invoke an even greater amount of intramuscular tension.

A muscle beginning to summate force triggers a cascade of events. First, the muscle's elastic components start to lengthen. Then, the components reach their fully stretched position before rapidly recoiling, which helps the muscle fibers shorten to impose as much force as possible during the subsequent muscular contraction.

When a greater number of high threshold motor units are activated, the latency period between the initiation of force and initiation of movement is greatly diminished, which sets the stage for an explosively performed successful lift.

What the Research Says

We'd like to preface the following by stating we're full time coaches, not researchers. Our laboratories are gyms stocked with barbells, racks, platforms, heavy ass dumbbells, and strongman implements we use on a daily basis to get our athletes and clients – not untrained test subjects – stronger.

So we'll respectfully refute the findings of a poorly designed recent study that concluded that heavy loads don't impact hypertrophic gains.(7) The study involved 18 young men who lacked substantial weight training experience and hadn't performed any resistance training in the year before the study.

Training heavily does elicit gains in muscular hypertrophy, whether directly or indirectly, by way of improving neural drive. In novice trainees, neural establishments are cemented (intermuscular and intramuscular coordination) before structural adaptations begin to take shape.

In intermediate and advanced lifters, training for sheer strength will work in a similar manner, although improvements in strength will be comparatively modest. Improving maximal strength will permit the lifter to perform sets with higher loads than used previously, setting the stage for additional hypertrophic gains.

Resistance training conducted up to 85% of 1RM was found to upregulate mRNA expression of myosin heavy chain isoforms and growth factors associated with activation of satellite cells involved with cellular repair and tissue growth.(8)

Additionally, heavy resistance training not only leads to improvements in 1RM, but increased cross sectional area throughout the entire continuum of muscle fiber types.(3)

According to Fry, competitive powerlifters and weightlifters using loads at 90% or greater experienced a preferential hypertrophy of type II muscle fibers.(2) The research also concluded that maximal hypertrophy resulted from lifting within 80-95% 1RM.

Another study by Folland et al, suggested hypertrophic gains, increased pennation, and radiological density can be attributed to tension associated with heavy resistance training.(1) Research has also indicated Olympic weightlifters that eclipse 90% of their personal bests in training and competition experience considerable gains in hypertrophy.(5)

The reluctance to train a highly advanced or aged athlete with ass busting loads is understandable. There's certainly a point of diminishing returns.

It would be unwise to take an elite professional athlete, such as Ray Lewis, who undoubtedly possesses a tremendous level of limit strength, and crush them with a Smolov squat cycle.

However, the same can't be said for the high school and youth athletes who are pissing away their developmental prime time getting tangled in agility ladders and face-planting on overspeed treadmills.

While there's certainly a time and place to refine field-based movement and speed technique work, it's really a waste of time when strength is absent.

Training heavily improves rate of force development, which will greatly impact movement. The ability to cut, turn, redirect, and change direction will be more refined in stronger athletes as ground reaction forces will be enhanced.

Ideally, training for performance must elicit desired results, which hinge on the principle of specificity. Athletes deficient in a certain bio-motor quality must hone in on that in training.

For younger athletes, establishing a base of strength and a thorough understanding of how to perform compound movements will serve them better than weekly three-hour speed, agility, and quickness camps will.

The effectiveness of performance training programs is contingent on the implementation of sound principles, which for younger athletes, should be based upon linear progressions.

Ideally, limiting factors – physical, technical, and psychological – should be surmounted in a performance-training program. Remember, in youth athletes and beginners, heavy is considered relative and they respond quite favorably to submaximal loads.

Recent research has indicated that performing 3 sets of 10, which typically represents 70 to 75% of one's 1RM, as beneficial in both adolescent and adult populations.(6) It should be noted that the adolescent group netted better strength gains and improved work capacity than the adult group.

In youth athletes and beginners, the task of initiating and completing a movement should be challenging, but optimal form must be maintained throughout the execution of the lift. Inordinate loads shouldn't be used right out of the gate, but training for strength must be made a high priority.

Are You Ready to Lift Heavy?

Eight-time Mr. Olympia Lee Haney once said, "The key to building massive, powerful muscles is to doggedly increase the training weights you use." Was he wrong? Absolutely not, heavy iron opens the gateway to anabolism.

Earlier this year, Austin Smith, a Michigan teenager, lifted the front end of a 2000-pound car off his grandfather who became trapped beneath the car while working on it. This skinny kid was able to do this by "committing to the pull." In this case, the pull consisted of lifting a car to save his grandfather's life. The right mindset is critical to lifting heavy weight.

According to Zatsiorsky, most people are able to use about 65 percent of their muscles' potential strength, but trained weightlifters can use about 80 percent and are capable of an additional 10 percent in a contest. The mind and body work in tandem to hoist big weights. If your mind is weak, you'll be physically weak.

We aren't advocating going into a life or death state of psychosis every training session. Regularly assuming this state would be counterproductive due to the immense fatigue imposed on the central nervous system.

Training with a focused, aggressive attitude can get you to the 80 percent range of total strength used and beyond in training, perhaps 90 + percent of absolute strength in competition.

Approaching absolute strength is nearly impossible, due to protective neural mechanisms your body has in place. Or is it?

It Begins With Neural Drive

With improved neural drive and some of the mental strategies we outlined, a large part of that barrier can be eradicated, narrowing the continuum between max effort strength and absolute strength.

In Mel Siff's classic tome, Supertraining, he argues the development of strength is related to the number of muscle fibers firing simultaneously, which is entirely a function of the nervous system. The rate and number of fibers firing depends on voluntary and involuntary processes.

The voluntary ones are closely related to personal motivation and biofeedback techniques. Guided mental imagery or self-talk to produce more rapid efforts can recruit a great number of muscle fibers at a faster rate of firing. The result is a greater production of force and an increase in the amount of weight lifted.

Putting It All To Use

Here are 10 strategies to help you maximize your strength in the deadlift.

Here's one of my clients, IFBB pro Johnnie Jackson, hitting an easy 805-pound deadlift in training. This year at the Raw Unity Meet Johnnie hit an easy 832!

Johnnie also went on to win the FIBO pro bodybuilding show and take second at the New York Pro. Johnnie returned to the basics, having been dismissed by critics, his decision proved wise.

A bodybuilder should not train like a powerlifter year round, but there's certainly a benefit to maximizing limit strength in the off-season. It worked for Arnold and Franco Columbu, who both deadlifted 700+, and I won't even get started on King Coleman's deadlift and the greatest back to ever grace the stage.

"You can't shoot a cannon out of a canoe," said Dr. Fred Hatfield. Still, countless gym rats train back with machines and cables, yet can't fill out a size medium sports coat.

For maximal development, isolation movements can certainly have a place, but it will never supersede your base – limit strength. Build it with heavy pig iron!

You should feel this variation almost entirely in your glutes. Start with body weight for around 10 reps.
Exercise Coaching, Glutes, Tips
Ben Bruno March 30 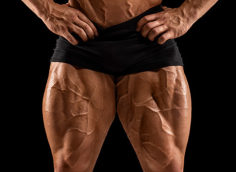 Do it when standard squats fall short. Do it for big damn legs. Just do it.
Training
Andrew Coates December 15