Full body training has been around since the invention of the barbell, and for good reason. Training the whole body each session has a myriad of benefits for strength and physique development, especially for beginner and intermediate lifters. But even legends like Reg Park used whole body routines.

The "bro-split" – training only one or two body parts per workout – didn't really become a thing until the 1960's, and then about a decade later it became the norm.

Since then, the general advice from trainers and strength coaches has been to start with full body workouts until you're advanced enough to graduate to body part splits. The idea was that you did full body workouts, got bigger and stronger, and eventually you "grew out of" full body training. The reasoning was that as you became more developed, you could devote more work to training each body part.

There's clearly some merit to this belief, especially when you're specializing. Plenty of guys have built world class physiques using bro splits. But the problem really wasn't whole body routines themselves; it was the application of them that needed to change as the lifter became more advanced. The full body workout needed to evolve with the experience level of the lifter.

Most full body routines work well for beginners and intermediates because it's easier for them to recover. The loads being used aren't usually very taxing, relatively speaking, because newer lifters just aren't that strong yet.

If a lifter is squatting 185 for his work sets, he only needs a few warm-up sets to get there, and recovering from squatting 185 pounds is easy compared to 400-500 pounds. And it goes without saying that the guy using 500 or more will have to do a lot more warm-up sets just to get to his working weights. So these kinds of sessions could become very long for the advanced guy.

Recovery also played a factor in how most full body splits were laid out. Often, the lifter was squatting heavy twice a week, deadlifting heavy once a week, and pressing heavy twice a week. Doable, but the volume in these programs was usually on the higher side (5x5 was the norm even with higher intensities) and then the support work that followed was often heavy as well.

For most guys, as they grew bigger and stronger, these workouts just became too long and too grueling. And that's when the bro splits came in.

But with some modification, the advanced lifter can still use full body workouts and get the benefits. Hitting muscle groups more often, and as a result stimulating muscle protein synthesis more frequently, is a huge factor in growth. And while this is achievable with bro splits, a full body routine can be exceptionally effective, and more advantageous in certain ways.

Best of Both Worlds

An evolved full body program will do both of these things:

Both of these approaches induce growth. But used together, they'll keep your growth stimulus factors covered.

With the training program below, you'll train the whole body four days a week. Before you have a coronary, remember that recovery depends on managing three things: volume, intensity, and frequency. When two of those factors are high, one must be down-regulated.

In this case, frequency is high, and perceived intensity (how hard you're working) will be high on the compound movements. So in order to meet the demands for recovery, drop volume low on the big lifts, and get after it for just one or two working sets. These sets should be taken to failure or very close to it.

Every week you should be looking to hit more reps than you did the previous week, or slap on a little bit more weight on the bar.

As far as rest times go, for the big movements, there's no need to rush the pace here. Three minutes between the working sets is probably a minimum. But for the single joint movements where you're going for a pump, keep the rest times in the 60-90 second range.

You'll rotate the big movements from day 1 and day 2 during days 3 and 4. I do advise sticking with whatever compound movements you decide on those days for at least 6 weeks, or until you stall in progress on them after 2 or 3 workouts.

The most important part of this routine is hitting the rep PR's on the big lifts each week, but the pump work will serve you well in regards to both growth and localized muscle recovery.

Even with the longer rest periods between the big movements, you should still be able to bust these workouts out in an hour and fifteen minutes max, even if you're on the stronger side of the spectrum.

Coach Staley provides his best tips that have made the greatest impact on how he thinks and trains. Check it out.
Powerlifting & Strength, Training
Charles Staley November 1

Bored? Stuck in a rut? Here are 16 surefire workout protocols to jumpstart your training, get you motivated, and build more muscle.
Bodybuilding, Training
Danavir Sarria July 13 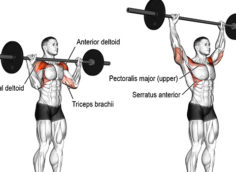 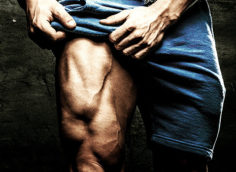