My Fastest Program for Building Muscle and Ripping Off Fat

When I'm hired to get an athlete, bodybuilder, or actor into the best shape of his life – to strip him of virtually all body fat while adding 15 to 20 pounds of functional "show" muscle – I have hundreds, maybe thousands, of protocols I can use to help him reach that goal.

But if I'm also given the added challenge of a quick deadline – where I have a limited amount of time to give him that amazing look of power – there's only one type of training to use: star complexes.

No. Not those complexes. Not the ones you've read about so many times. I'm talking about real complexes. Not only that, I've taken the idea of complexes to a whole new level.

If you're familiar with complexes, you've been mislead. Rather, you haven't been told the whole story.

First, wipe your memory of what you think a complex is. You know, standing in one place with the same bar, going through a series of exercises without stopping, usually with a light weight. We used that type of method when I was an Olympic weightlifter. We called it a warm-up.

Complexes are simply blocks of exercises. The Soviets used only two exercises in their complexes – one strength-movement and one power/explosive movement. The idea was to work both extremes of the strength curve.

My former football coach who later became my mentor introduced me to the idea. He'd have us do back squats and then, immediately after, perform jump squats. It's the same movement pattern, just working different capacities.

It was an incredibly effective training method and I've been experimenting with it for years. Today I use complexes with every athlete I train at one point or another. Complexes allow you to work on power, strength, and speed, while building some appreciable mass in the process.

I've now perfected the method, and the results my clients are getting are nothing short of shocking. My version of complexes is simply this: a shortcut to the coveted power look. 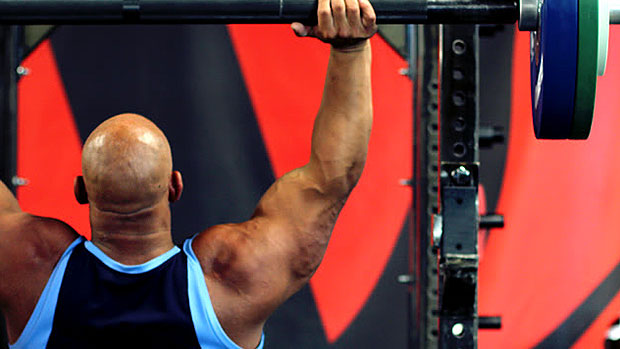 I've taken the concept of complexes and ramped it up. Instead of training only two points on the force-velocity curve, I train around five points, which is why I call them star complexes.

Each complex will use five exercises of the same movement pattern. The five exercises will be performed back to back, starting with a heavy/slow movement as the first exercise. Each subsequent exercise will be lighter in resistance than the previous exercise, allowing for progressively faster rep speeds.

Don't worry, you don't have to "get it" now. I'll provide easy-to-understand examples a little later on.

This progressive method creates a powerful metabolic effect that's incredible for fat loss, especially when combined with short rest periods. Although short enough to keep an elevated heart rate, these rest periods shouldn't be so short that they decrease performance. Fat loss is further increased with the addition of a strength-endurance movement at the end of the complex.

And remember, the faster you can train without having a decrease in performance, the better it is. Explosive work increases insulin sensitivity in the muscle tissue more than any other type of training. If you overemphasize the eccentric action, you decrease insulin sensitivity. In fact, intense eccentric work can decrease glycogen re-synthesis for up to 36 hours and that's a killer!

So, by having mostly explosive movements, you sensitize the muscle cells to insulin, which leads to less storage of fat. This is followed by a powerful increase in catecholamines that results in further energy expenditure and keeps the metabolic rate elevated for a few hours after the workout.

Finally, there's the sheer calorie burn from performing big movements. Your muscle is like an engine; the bigger it is the more gas you burn. Big movements mean big calorie burn. 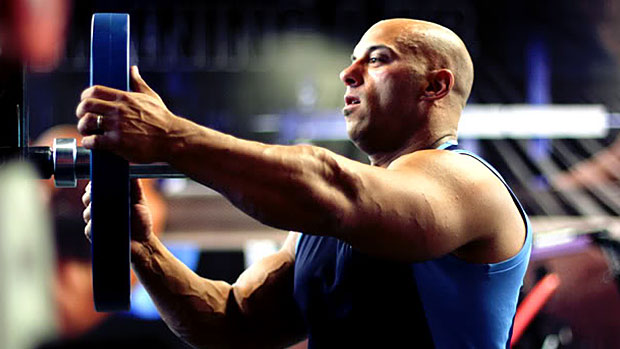 I carve up the body's actions into four basic movement patterns:

Each complex targets one of these movement patterns, and you'll be performing two complexes per day, paired like this:

Complexes can be used for several goals: fat loss, strength and power gains, and building high-performance mass. You name it, complexes can do it! However, I've designed this specific program for maximum fat loss while gaining as much muscle as possible, so my workout supplement protocol will reflect those goals.

You need to understand, just because you're in a fat-loss phase doesn't mean that you can't grow stronger and pack on muscle as well. I've trained several bodybuilders who broke personal records a week prior to a contest. And this is after weeks of hardcore dieting. To maximize results, especially when training at this level, you simply have to load up on these high-tech nutrients during the peri-workout period.

Here's my recommendation for maximum results:

What Kind of Results Can You Expect?

I've seen hockey players dropping 5% body fat in five weeks without changing their diets. I've seen fitness girls losing 20 pounds of fat in six weeks while getting stronger. And I've seen football players completely revamp their body composition in six weeks while adding 20% to some of their lifts!

Complexes, performed in this fashion, work. For any body type. For any goal. They're that powerful. They're one of my best "secrets." And now, the secret is all yours. Get to work.

Progression from Week to Week

Supercharge your workouts and your results by employing one of these ball-busting program upgrades.
Bodybuilding, Training
Charles Staley October 1 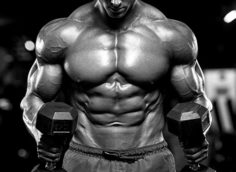 You can rapidly increase muscle gains with twice daily training... if you do it right. Here are the rules.
Bodybuilding, Training
Gareth Sapstead March 20