If you've read any of my work, you'll notice that I tend to be "goal focused." As a strength coach, my eyes light up when I work with someone who has a clear, finite goal.

Although I'm confident I can support just about any goal from fat loss to a career in professional sports, I'm far better if the person I'm working with has clarity about where they want to end up. Having the vision, the goal, immediately puts us on the path towards it.

Now, we may not make it to this lofty perch. That does happen. I know that not everyone who bought Arnold: The Education of a Bodybuilder ended up winning Mr. Olympia and going on to a career in Hollywood and politics. But I do know that book provided many with a framework for training and brought the basics – like squatting, pressing and rowing – back into bodybuilding.

So, what do you do if you can't train six a days a week, count every macronutrient gram, and have a full-time support staff wipe off your sweat between sets? Many of us talk about "real life" a lot, but few of us discuss how to deal with our goals and vision of ourselves and the reality of the constraints of life.

Well, for the past twenty years, I've been sharing a program that has allowed me to make progress with only two training sessions per week. Fact is, in several cases, because of the lack of gross overtraining, people have actually progressed faster than with traditional grinding programs.

The interesting thing about only training twice a week is that the joints seem to love it. Certainly, you're "healing" five days a week, but there are also few opportunities twice a week to do something stupid that wrecks you.

I also argue that even if you don't need to train only twice a week, try throwing it into the mix ocassionally.

First, your exercise selections have to be "tight." You literally can't do several dozen exercises for multiple sets twice a week. So, you'll probably focus on the basics and, almost invariably, doing the basics is best.

Second, only going to the gym twice a week is going to free up some time to do a better job with shopping, food preparation, and cooking. It's a theme I've been beating to death recently, but I'm not the first (nor the last) to say you can't outrun a jelly doughnut.

Crappy, cheap calories are going to hang around your waist a lot longer than you think. If you don't believe me, just walk around the mall or amusement park and observe the love handles, muffin tops, and jelly bellies of most people. Yes, they are Children of God, but they need to stop eating crap.

Thirdly – and this point almost broke my heart twenty years ago – when I discovered that I was making amazing progress by just training twice a week, I had to look myself in the mirror and ask, "What the hell are you doing those other days a week in the gym?" Well, I was having a lot of laughs, playing pranks on my friends, experimenting with stupid stuff, and basically making myself a nuisance. I wasn't really training!

My friend, the late Goran Swenson, gave me a little program and challenged me to take it seriously for a few months. It was this simple two day-a-week program.

I asked him about reps and sets. He shrugged and told me that I should keep the reps high in the bench press and front squat (sets of eight and ten, which I thought were insane) and just get some solid sets in on the two quick lifts, the power clean and the snatch.

Despite my skepticism, I made the best progress of my career and ended up throwing very far that season with the "least" amount of work I've ever done. Over time, I did make one small change and added the bench press to both days as I could easily recover from workout to workout.

My good friend, and one of the world's most intelligent strength coaches, Pavel Tsatsouline, told me recently about a two-day a week powerlifting program. This is it:

Indeed, you can bench hard twice a week and still get in a whole body workout.

Another ten-rep option is my personal favorite: 5-3-2, again increasing the weight each set. Certainly, two sets of five and three sets of three work with this rule, too. Keep the load high, but the volume low on deadlifts.

Now, let's look at this in detail. 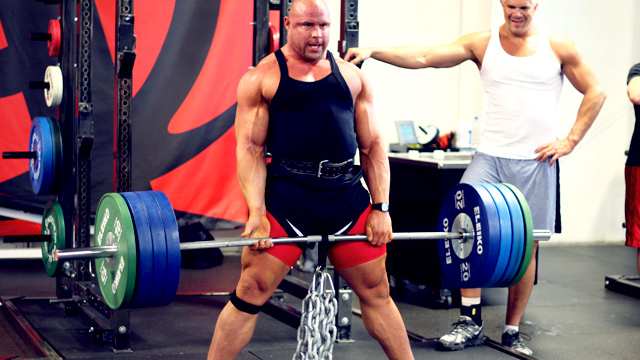 After a little warm up, the first lift will be the deadlift. There's no movement in the gym that's more total body than the deadlift, and a max lift here can beat you up for weeks. If you're not good at deadlifts and have no issues with spine health, I'd strongly suggest you make this a key movement in your training.

For example, if you just keep tossing on 45s, that workout taps out at 495 for two, which is solid work for anybody, anywhere.

Feel free to follow my sets and reps and load, but benching for 10s seems to work for most people.

* Have a good spotter

We've been splitting the body up in an interesting way. Each day is "whole body" with the big movements, but we do some extra work each day too, but focus on half of the body. It gives you a chance to train specific muscle groups, yet gives plenty of time to recover. The rep scheme is very simple:

On that last set, strive for as many reps as possible. My years in the weight room have taught me that with ten-rep max lifts the numbers get a little fuzzy. One week you handle that weight for twelve reps, the next week you might struggle with eight.

Don't worry about it as the deadlift and bench press can really affect these numbers. And don't push that set of five; just get the reps and save it for the last set.

* Within reason on this one. 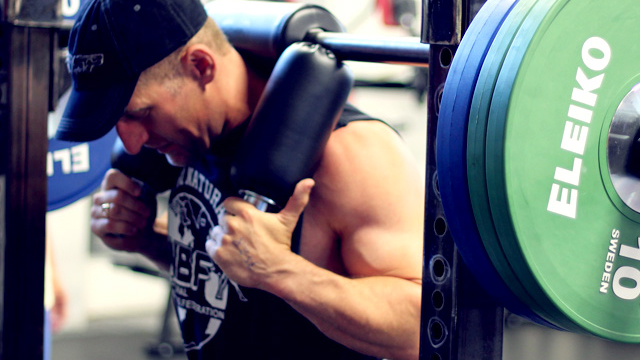 Do three to five sets of 10 repetitions, adding weight each set with only the last set being even close to maximum, or, try the ideas I outlined in Mass Made Simple with the easy warm-up sets and the one set of 30 reps.

Three sets of ten with the weight increasing each set and a final heavy set of "as many reps as possible." Be sure to have a good spotter. This has always been the set that indicates to me that I'm making progress in my program.

So, what do you do on those five days off? Well, I suggest you shop well, cook your meals, eat your veggies, live life, and take care of business. What's always amazed me about training twice a week is how good my joints feel and how much energy I seem to have to do all the other important things in life. Not a bad tradeoff for spending less time in the gym!

There are easier, more fun ways to squat than below parallel. Trouble is, they don't work.
Most Popular Squat Articles, Squat, Training
Mark Rippetoe May 2 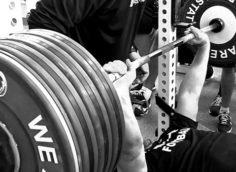 This warm-up drill will make your hips and joints feel awesome and it'll prepare your muscles for the big lifts.
Exercise Coaching, Tips
Tom Morrison March 24 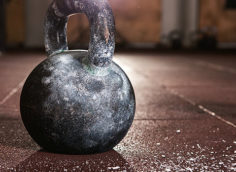 Do this with a kettlebell, a dumbbell, or a barbell. It's a bit odd, but has full-body benefits.
Training
Geoff Girvitz September 14