A "non-responder" refers to someone who's never been able to build a significant amount of muscle – ever – even with hard lifting and plenty of food.

There are several things that can cause this condition, and we'll get to those in a minute.

But keep this in mind: A non-responder is NOT a person who has recently hit a plateau. If you've added 20 pounds of muscle throughout your training career and now have a hard time gaining more, you're not a low-responder. You're just closer to your genetic limit, which makes it harder to continue building muscle.

Also, you might've made yourself "resistant" to training (training immunity) by working out the same way for too long.

Now, let's assume a person is training enough and eating enough to support growth, yet still not growing. The next question is... why?

What Causes Low Responsiveness to Training?

Here are some possible causes:

Normally, someone will be a low-responder because of a combination of several factors. To figure out the best way to train, you must first figure out the type of hardgainer you are.

What Type of Non-Responder Am I?

This guy can't build a lot of muscle and doesn't gain much strength either. He normally has a frail build, recovers more slowly from illnesses and injuries, and has a hard time being fast or explosive.

While he often has a low level of body fat, he looks more skeletal than lean. His muscle tone and definition is on the low side. He's the stereotypical "pencil-neck geek" from the old muscle magazine ads.

A true hardgainer will normally have the ACTN3 XX genotype which makes him more slow-twitch dominant and gives him a poorer response to strength training. He has a frail digestive system, too. He's often a "worrier" who produces more cortisol and has a higher myostatin expression.

Building muscle is really hard for him but, oddly, he can gain strength fairly easily. He's naturally explosive with high muscle tone, and he tends to be lean. This guy might improve his big lifts by 50 pounds or more without gaining much, if any, muscle mass.

The easy-hardgainer has the ACTN3 RR genotype which gives him more fast-twitch fibers. But he's really inefficient at breaking down adrenaline (slow COMT enzyme and maybe poor methylation) which keeps him in sympathetic mode for a lot longer than most.

This increases the metabolic rate which makes it harder for him to ingest enough food to build a lot of muscle. But the combination of a high ratio of fast-twitch fibers and being constantly in sympathetic mode (amped up) makes him explosive and strong for his size. It also gives him very high muscle tone. He tends to have sleep issues and a boiling character.

This is the guy that has a hard time building muscle but an easy time gaining fat. He can range from "skinny fat" all the way to overweight with very little muscle. He tends to have low energy and low muscle tone.

The endo-hardgainer has the ACTN3 XX genotype which gives him more slow-twitch fibers and a poorer response to resistance training. He also has low insulin sensitivity which makes it harder to build muscle and lose fat.

He has low sympathetic activity (either because he doesn't produce much adrenaline and dopamine, or because he breaks it down super fast) which gives him low drive and energy, as well as soft muscle tone. He also tends to have low levels of T3, which will negatively affect energy, capacity to lose fat, and build muscle. 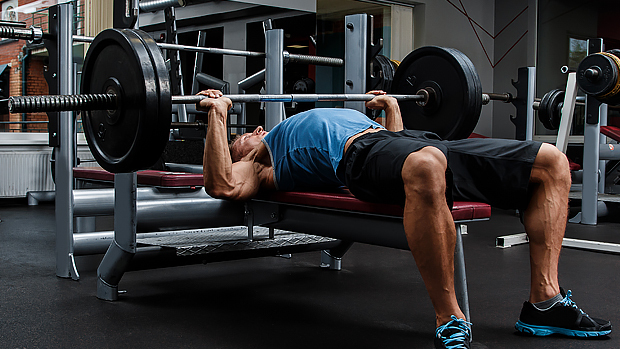 How Each Type Should Train

Don't focus on muscle damage. Instead, focus on the metabolic pathway of muscle growth. Muscle damage occurs mostly with fairly heavy work on exercises where the muscle is being stretched under load.

The metabolic pathway focuses on training zones that lead to an accumulation of lactate – sets lasting 40-70 seconds with a controlled lowering and lifting tempo. Lactate has been shown to increase follistatin which decreases myostatin.

These guys are tough to train. It's very hard to motivate them to do what's needed in the gym. But here are the guidelines that work best for them: 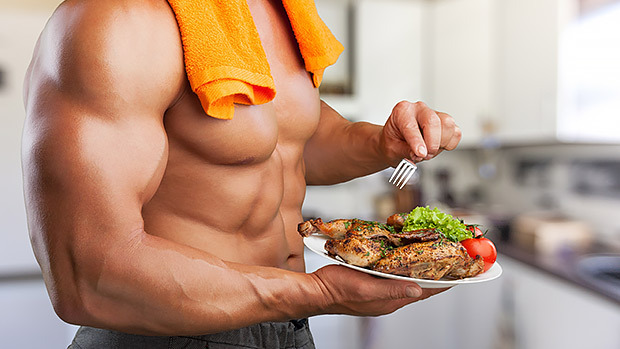 What Should Each Type Eat?

The true and easy-hardgainers will do better on a carb-dominant diet. Meaning, once they fill their protein requirements (around 1 gram per pound of bodyweight) most of their energetic nutrients should come from carbohydrates.

Why? Because they need the carbs to reduce sympathetic activity. They also tend to have a less efficient digestive system and fats are harder to process.

They would go the opposite direction: a fat-dominant diet with carbs only used post-workout and maybe a little bit in the evening.

In their case, they need to improve insulin sensitivity and augment sympathetic activity. That's best done with a lower (but not zero) carb diet. 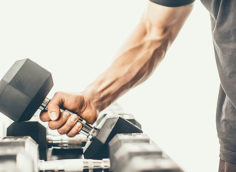 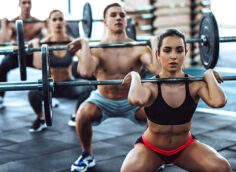 CrossFit has a lot going for it... and a lot going against it. Is it right for you? Read this before you start CrossFit.
CrossFit, Opinion
Calvin Huynh November 24