The difference between the guy in the gym who benches 275 and the guy who benches 405 could be a few needles in the ass, quad, or delt (usually on an alternating rotation), but in many cases it comes down to addressing the performance of "problem muscles."

Sure you can muscle up a squat with 1.5x your bodyweight, and kudos to you for doing it. But what is it that makes it that much harder to get to 2 or even 3 times your bodyweight? The plateaus from this point on seem endless. Well Biff, minor muscle groups sometimes need major attention when strength plateaus are the issue, so this nifty combo of info and remedies should fix you up right quick.

There are a few often-neglected muscle groups that can make or break an ass-kicking performance in your bench, squat, press or deadlift. Let's go over them one at a time.

The VMO (Vastus Medialis Oblique) or "teardrop" quad muscle near the knee, assists in knee extension and keeps the knee tracking in the right direction, namely straight ahead.

So when you look like you're doing your best Michael Jackson choreography in the bottom of a heavy squat, chances are this muscle isn't doing enough to disallow your knees from coming in towards each other (or just plain wobbling) under the load. It's vital to acknowledge the importance of the VMO in heavy leg exercises, so let's zero in on strengthening them.

Here's the bread and butter - most single leg or split-stance leg exercises will hit the VMO.

Unilateral movements call for greater stability because, well, you're using one leg instead of two (shocker!). Moreover, the deeper your go in your leg exercises, the more the VMO will get stimulated. They are most involved in acute knee extension, meaning the smaller you make the angle at the knee, the harder they work to help extend it.

Note: A rounding of the low back while attempting deep, below-parallel squats may be an indicator that you need to do some flexibility work to the hamstrings, hip flexors, and adductors, along with stiffening of the lower back to maintain tension.

Strengthening the VMO usually has a twofold benefit, as its weakness is usually a contributor to knee pain.

Patellar Femoral syndrome (PFS) occurs as a result of overuse to the patellar tendon, which articulates with the quadriceps muscles directly above the knee. When the VMO is inactive, load stress gets shifted to the remaining quadriceps muscles in loaded activity, causing more joint stress than normal.

This can lead to inflammation of the connective tissue and the chronic injury is born. Here are 2 simple isolation exercises you can add to your program to stimulate some VMO activity.

Aim for sets of 12-15 reps per side, and look to increase the height of the step before adding resistance.

Set up a cable pulley to knee level, and with a split stance, attach the strap around the back of the lead knee.

Let the cable pull the knee forward over the toe.

Keep the rest of the body stationary and simply extend the lead knee by pulling it backwards. Keep the full foot on the ground, and focus on squeezing the VMO especially. (TKE's can also be done with a band, so the resistance increases as the rep progresses.)

Aim for very high reps. I'd recommend anywhere from 20-30.

In both exercises, lift slowly and hold at the end position. Remember that the goal is to fully activate a sleeping muscle, so explosiveness can take the backburner for now.

Coupling these two exercises with some good, aggressive foam rolling of the IT band and other quad muscles can help get your knees back on the right track (pun intended), and your squat should finally start making some leaps and bounds.

Instability under heavy loads in pressing exercises often indicates weakness of the external rotators. The result of such muscles being weak usually equals a grandma-esque bench press.

Muscles like the supraspinatus, infraspinatus, and teres work well to stabilize the shoulder capsule when coupled with a strong set of rear delts. A few things can cause the rotator cuff to become weakened or inactive, i.e. tightness through the pec muscles, but first let's focus on the strength and tightness of the upper back musculature.

All of the rotator cuff muscles originate on the scapulae, as you know, so it's important to get the shoulder retractors as strong as possible.

Basic (but properly executed) exercises like regular and wide grip rows, bentover rows, along with reverse flies and their variations will assist with this.

It's also important to release the pec major and minor through flexibility work and specific movements, so the isometric strength of the external rotators improves. This will not only improve posture and mobility of the shoulder, but will keep the shoulders set and locked through your entire set of presses.

Luckily there are a few exercises to help make all the above come true.

This exercise will allow the pec minor to be pre-stretched before each rep and allow the subscapularis (the 4th rotator cuff muscle) to activate from zero momentum.

(If you just can't do this movement correctly, you can begin with your feet 6 inches away from the wall, but that's all I'll allow. This will improve the strength endurance of the external rotators through a full ROM.)

Try those 3 exercises as a tri-set for 4 sets of 15-20 reps each as a supplement to your current program. There's just no way you won't benefit.

As I mentioned earlier, your squat performance will definitely be sensitive to the tissue quality of the muscles that attach to the pelvic girdle. The hip flexors, hamstrings, and glute med/max all need to have relative strength balances and flexibility to maintain proper hip girdle health and to promote a nice, large ROM for all your leg exercises.

Think of it this way: If you were to tie two bands together, one being a bigger, stronger one, and the other one being a weak, skinny one, and started pulling those bands apart at the same rate with the same force, obviously the fat band would pull the skinny one into more of a stretch.

The same thing would happen with a pair of tight hamstrings or hip flexors vs. a weak lower back. An imposed load (like a barbell squat, for example) would cause the tight muscle to pull on the entire pelvis and thus increasingly deform the low back the further down you go.

Foam rolling and stretching to hips and hamstrings won't harm you, but think about exercises that will help perpetuate the flexibility gains that you're striving for:

The above are all great exercises to target the posterior chain, disperse lower back overload, and keep hip flexors open, and they all go well as supplementary exercises to a squat workout.

As I mentioned in my last article, it's important not to separate muscle tightness from weakness in every case, and the psoas is an important muscle to worry about activating.

Doing so will create added stability to the pelvic girdle as you go through your movements. Adding the right balance of flexibility and tightness to the surrounding muscle groups can mean an instant improvement in performance.

Now who wouldn't want that?

Lifting big weights, and getting big muscles is what most people who read this magazine are after (to some degree, anyway). Sometimes it goes beyond simply taking a look at your stance or setup for your lifts to work out a few kinks.

When you work out the weak links so that your foundation is stronger, the outcome will surpass anything you dreamed of. 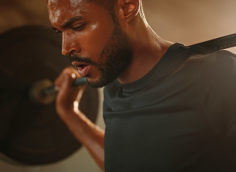 Do standard squats always leave you banged up? If so, you might not have the right body type for it. Find out here.
Training
Christian Thibaudeau March 10 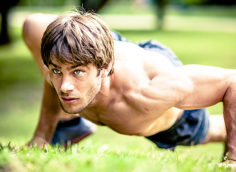 This exercise style is unlike anything you normally do at a gym. Let's hit the ground and get weird.
Training
TJ Kuster May 1 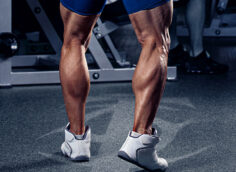 Get this into your workouts. With just your body weight, it'll build your hamstrings, glutes, and calves. Bonus: You can do it anywhere.
Exercise Coaching, Glutes, Legs
Bradford Cooke February 2
He's Canadian. He's bald. He's bigger and stronger than you. Meet Christian Thibaudeau
Training
Chris Shugart December 5