Many trainers and programs use a never-ending variety of exercises with each workout, while other trainers will say that you need to be consistent with your exercise selection.

Who’s right? Well, it depends on your goal.

Of course, if your goal is to participate in powerlifting, Olympic lifting, or strongman, you certainly need to be consistent with the lifts you must perform in competition. Those require mastery.

But what about the rest of us who are in the gym for athletic performance, muscle growth, and general fitness? Here’s the answer. 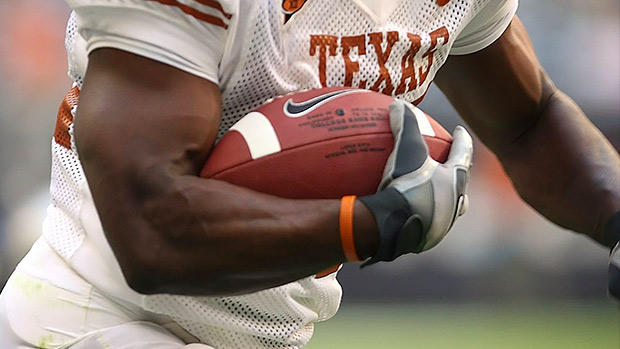 Research shows that relative strength (how strong you are relative to your own bodyweight) is the greatest predictor of performance in sprint, vertical jump, and change of direction, which are key indicators of athletic performance (1).

Obviously, heavy training is superior for maximizing strength adaptations (2,3). Although lifting heavy weights can help improve your power, there’s plenty of evidence to show that improvements in power are maximized when you also regularly do low-load (lighter) exercises that require you to move fast (4,5).

That said, to gauge your strength and power, you do need to do exercises consistently in order to compare your numbers from previous workouts. Otherwise, if you’re changing exercises all the time, you’d have no way to gauge improvement.

Are you able to lift the same weight for one more rep? Or lift more weight for the same amount of reps? Or do a certain number of reps faster than you did before using the same load?

Speaking of progress in lifting numbers, if it were true that you should be adding plates every week, then 30-year-olds who’ve been lifting consistently since they were teenagers should be hitting world record numbers. Since this isn’t the case, it’s far more accurate to say, “You should get stronger every week, as long as you’re changing your program every month or two.”

Because the human body adapts, the principle of progressive overload will only take you so far. Everyone reaches a plateau at some point within a training program, and they’re unable to keep progressively overloading the same exercises. This is where applying the principle of variation comes in.

If you’re an athlete, as a general rule you should change the exercises in your program every four to six weeks or so depending on how many days per week you’re training.

This gives the body enough time to adapt and progress on the exercises in each program, but it usually isn’t a long enough training period for the program to become boring or cause you to develop overuse issues from moving and loading your body in a specific way.

Field, court, and combat sports rely on specific movements for performance. Those actions are derivatives of the eight main functional movements:

Even though you’re changing exercises, the foundation of every program should be on using the same eight main functional movements, but in slightly different ways by using different exercise variations in each program.

Now, some coaches will assert that successful programming is all about mastering the basics. They believe that good training involves the mastery of certain exercises. This isn’t quite accurate, though, because if you’re not trying to be a powerlifter or an Olympic lifter, then there’s no single exercise that you MUST do.

For athletes and casual lifters, the conventional deadlift, squat, and bench press are simply exercises – optional tools that train the hip hinge, knee bend, and pushing action. But their toolbox contains many other exercise options to train those same main functional movements.

What About the Big Basic Lifts?

Research highlights that no form of exercise has magical properties. One study compared unilateral (single leg) versus the standard bilateral squat training for strength, sprints, and agility in rugby players.

It found that Bulgarian split squats were just as effective as barbell back squats in improving measures of lower-body strength, 40-meter sprint speed, and change of direction (6).

So, it makes sense to incorporate both as knee-bend exercise options in different programs, without obsessing over one variant.

When it comes to doing exercises like barbell deadlifts, for example, you only need to use them in a way that’s safe and helps you improve your overall strength or muscle growth. You need basic competence in the lifts you’re performing; however, you don’t need to learn or practice powerlifting-specific skills required to be a master deadlifter.

Sure, the big barbell lifts are a great way to create progressive overload because they provide a lot of value, but they’re not the only way. Resistance exercises are just a way to put force across joints and tissues to help them to grow stronger. That’s it! Barbells, dumbbells, cables, machines, and bands are all just different tools that allow us to apply force across joints and tissues.

So, for athletes, “sticking to the basics” isn’t about honoring some list of specific exercises. It’s about building programs around the eight main functional movements because they’re foundational to improving human performance.

Research shows that trained powerlifters and weightlifters who simply practice 1RMs on a daily basis improved their maximal strength in a relatively short training period on the lift they practiced (9).

With this reality in mind, one of the biggest things that separates a program for weightlifters and a strength program for athletes is that, for athletes, it’s not about mastering specific exercises. It’s about mastering the movements of a knee bend, hip hinge, push, pull, etc. by changing the exercises used to express those movements every month or two to ensure you’re all-around stronger. 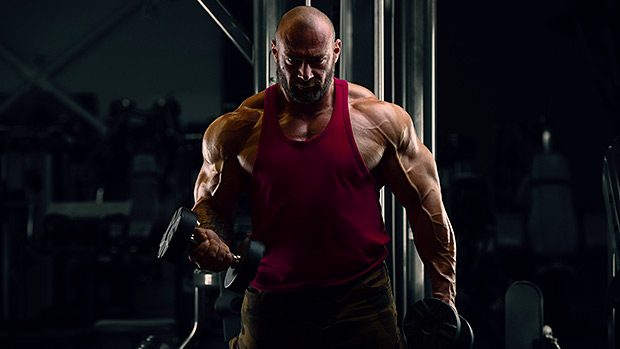 From a practical perspective, the scientific evidence on rep ranges tells us that there’s no magical rep range for maximizing muscle size; therefore, you can incorporate both heavy-load and low-rep sets (1-5 reps) along with medium-load and high-rep (15-20-plus reps) sets if you’d like.

There’s also a dose-response to gains in muscle size and strength, which means that increasing muscle hypertrophy is mainly about training volume (12). This involves dedicating more total sets/reps and training days to your weaker, less-developed areas, and less overall volume to your more well-developed muscle groups.

Interestingly, this same study also found that constant intensity and varied exercise is more efficient to produce strength gains for physically active individuals. So, you can certainly improve your strength regularly while varying exercises. However, to gauge progress, you’ll still need some consistent exercises to do either every week or every month or so.

Additionally, there’s another study on resistance-trained men that compares the effects of a traditional resistance training program (fixed exercises and rep ranges) to a program where exercises and reps were randomized on a session-by-session basis on markers of muscular adaptations and intrinsic motivation.

While both programs (fixed and randomized) elicited similar improvements in muscular adaptations, it was varying exercise selection that had a positive effect on enhancing motivation to train (14). 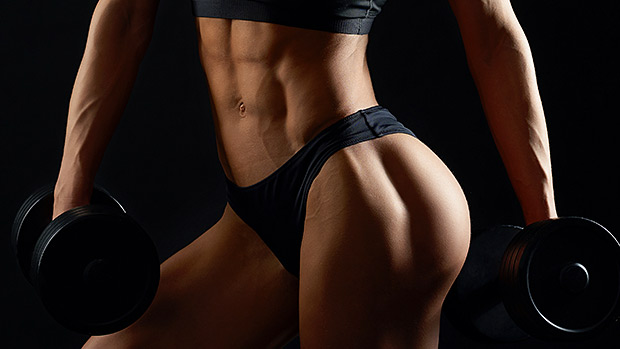 A 2015 systematic review and meta-analysis – one of the most powerful forms of scientific evidence because it’s essentially a study of studies – came to two conclusions when it comes to exercise and fat loss:

In short, when fat loss (without muscle loss) is the main goal, the training is all about maximizing the metabolic impact of the workouts. This goes along with a nutritional approach that puts you in a caloric deficit while eating plenty of protein and emphasizing whole foods.

As long as you’re focusing on workouts that maximize the metabolic demand and maintaining a caloric deficit, you can get great fat loss results, whether you’re using the same exercises for a given time period or you’re constantly varying the exercises.

That said, many people who exercise for general fitness and fat loss prefer constantly varied exercise because it’s a more interesting and positive workout experience for them. Exercise variety keeps a lot of people (more) consistent.

For beginners, the main goal is to familiarize their bodies with the demands of non-complex exercises. This helps the brain learn how to engage muscles more efficiently as they progress through the early stages of a new program.

These neural adaptations often bring rapid strength improvements during this phase. However, even though neural adaptations are primarily responsible for increased strength in the early phases of training, research has also found that changes in muscle size are detectable within the first three or four weeks of lifting (15,16).

Although some beginners may prefer more variety, they’ve first got to achieve competency in an exercise before adding intensity or complexity to it. Just like in boxing, you don’t get into throwing punch combinations until you’ve first learned the basic boxing stance and how to throw a proper punch. Advancing in any skill requires a foundation.

To build a training foundation, you’ve first got to be able to demonstrate good technique and use deliberate control on each rep. Building a foundation of competency will happen as a result of these two things:

It’s no wonder so many beginners get hurt or don’t stick to the exercise programs they started when they go from exercising very little to trying to train like a navy SEAL.