Till the Roof Comes Off…

Ask a thousand people about their favorite workout song and you’ll get a thousand different playlist suggestions covering a dozen genres, from death metal to country.

But it’s actually kind of a loaded question. Why? Because people are funny.

In surveys, people often answer the way they think they’re supposed to answer, not how they really feel about a subject. In a public poll where their answers are visible, they’ll alter their responses in an attempt to fit in, look cool, or seem smart. This is called a “social desirability bias.”

Sure, tough guy, you’ll SAY your favorite workout song is something by Rage Against the Machine, but you’re really listening to the Frozen soundtrack. Just let it go, dude.

So we have to take a look at the hard data. And apparently, what most people in the gym are actually listening to is Eminem’s “Till I Collapse.” That’s been Spotify’s most popular workout song for four years running.

Why? Well, it’s a pep talk. Also, there’s something about it that just makes hard workouts feel easier, assuming you like Eminem.

Whatever the genre, music’s magic has a lot to do with the concept of “rate of perceived exertion” or RPE.

Previous studies have shown that listening to music increases the average treadmill speed people use, and it increases their heart rates. Makes sense, but those studies only focused on endurance exercises.

A new study digs a little deeper to find out what makes a song great for training, and the scientists actually included some lifting. Researchers recruited 19 active women and had them do two types of workouts: a treadmill workout (fast walk) and a leg press workout (80% of 1RM).

They did the workouts several times under varying conditions:

Here’s what they found: 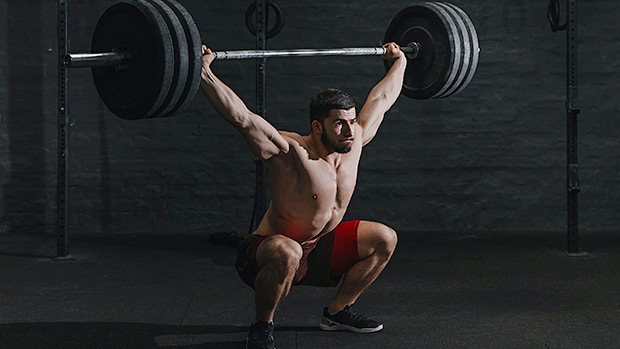 A Word of Caution

Listening to music works great for low-intensity cardio, and it works “okay” for high-intensity lifting. Why the difference?

Well, music can sometimes divide our attention. This is related to “dual tasking” – trying to focus on two different things at once. That’s handy for endurance work because it takes our attention away from the grind. And anyway, you don’t have to think too hard about walking or running.

But it could be distracting when it comes to lifting, or at least more technical lifting. When learning a new lift, we may be better off ditching the music, for a while at least, until the movement becomes second nature.

You may need to be focusing on cues like “chest up” or “squeeze the glutes,” not on how badly some mumble rapper wants to have sex with that shawty in da club.

By the way, if you’re looking for a new workout playlist, check out what other T Nation fans are listening to here:

The Best Workout Song of All Time

The Most Embarrassing Workout Song