Focus On Your Squat

In Olympic lifting circles, the back squat is seen as the "reference lift." There's a very solid correlation between squatting strength and the athlete's clean & jerk and snatch.

So it's not surprising that Olympic lifters really push the back squat hard. In fact, in many cases (at least in training systems based on the Bulgarian model), the back squat is the only pure strength lift included in a lifter's training program.

Making your squat go up will also have a positive impact on your deadlift strength and even the shoulders and arms. (Even though the barbell sits on your shoulders when squatting, the shoulders and arms are producing force to hold that load.) This is one of the reasons why a lot of Olympic lifters can bench press in the 400s without doing any bench pressing and barely any direct upper body work.

I'm not suggesting you stop bench pressing and only do squats if you want your bench to go up. What I am saying is that the squat truly has a whole-body strengthening effect and if you put a lot of emphasis on it – doing whatever you can to push that lift up as high as you can – it'll make your whole body strong while having a positive impact on every one of your big basic lifts. 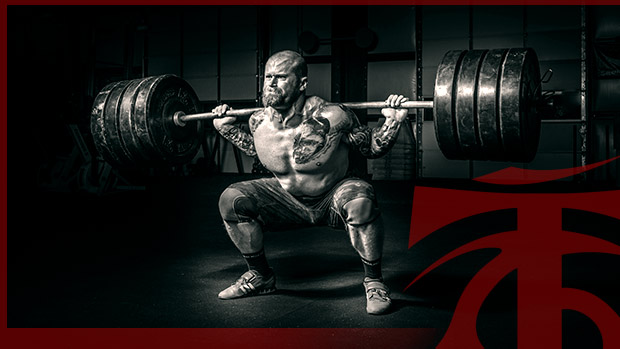 Ways to Focus on Your Squat

Do plenty of warm-up sets

Out of all the big lifts (besides the Olympic lifts) the squat is the lift that benefits the most from doing plenty of gradually heavier warm-up sets. It is, of course, a more technical lift, so more practice sets will help you get a better lifting technique.

All those warm-up sets also increase the time under load for the stabilizing muscles. Since these muscles work more isometrically, they need the greater time under load to get a good training effect.

Squat at least twice a week

Training your squat 2 to 3 times a week is best. But you don't need to go all-out for all the sessions. One session could be a lower-intensity session focusing on technique or speed. And don't worry about "overtraining."

Fire, wood, earth, metal, water. What “type” are you when it comes to natural strength and the ability to build muscle? Find out here.
Bodybuilding, Powerlifting & Strength, Training
Charles Poliquin March 14 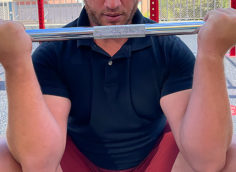 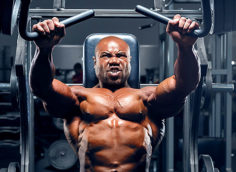 Stop feeling all superior because you avoid machines. A combo of free weights and machines is best. Here's why.
Bodybuilding, Powerlifting & Strength, Training
Charles Staley May 2

From the hang, fire the dumbbell up. Drive through the heels, fully extending the hips. Drive the elbow high and catch it overhead with knees slightly bent.
Abs, Exercise Coaching, Tips, Weightlifting
Eric Bach June 6