Do a single chin-up (palms facing you), but do both the positive (lifting) and the negative (lowering) phases as slowly and deliberately as you can.

Because slow, smooth reps are better for testing and building size in your biceps and lats.

Now, what will your time reveal? Your time in the positive should be what you’re able to do in the negative. If your time pulling up (from hanging at the start to chin well over the bar) is 37 seconds, then that same 37 seconds should be possible for you in the negative, especially since you’re going to be approximately 40-percent stronger in the lowering.

But that doesn’t mean you’ll be successful scoring the same time going down as you did going up, especially during your initial try. Your grip may be the limiting factor. You’ll have to practice the movement for several weeks before the negative is the same as the positive. Unless, of course, you’re already very strong in your grip, biceps, and lats, which is what this challenge is all about.

Do This With A Friend

You’ll need someone to help with the timing by using a watch or clock with a visible second hand. He or she should tell you to begin at the bottom and call out your time in seconds at 5-second progressions (5, 10, 15, and so on) in both the positive and negative.

Only one man was successful on his first trial. His name was Boyer Coe. He did the test in the spring of 1983, at the Nautilus Research Center in Lake Helen, Florida, while weighing only 185 pounds. On that date his biceps and lats literally dwarfed his other major muscle groups. 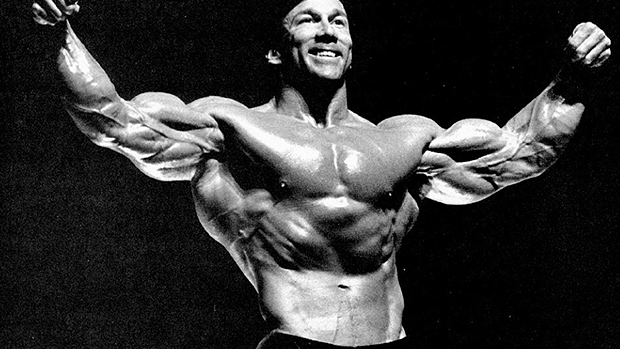 Boyer Coe later won the 1969 AAU Mr. America and 1969 NABBA Mr. Universe contests. For more than 40 years, Coe has had some of the best-shaped arms in the history of bodybuilding.

Final note: I’ve never had any trainee weighing more than 200 pounds do a 60-second positive followed by a 60-second negative in the chin-up. Find out how you rate.