Here's what we know so far:

But what if you stop training? Do the depressive symptoms come back? And if so, how fast? Here's some new science.

Researchers found 152 people, a mix of penis-havers and vagina-havers. (Gender is a tricky topic these days, so hopefully that's clear.) Each had been exercising for at least 30 minutes a few days per week for three months. The subjects were told to stop exercising.

Depressive symptoms got worse when they stopped training. And it happened fast too. For some, the depressive symptoms were measurably worse after just 3 days of stopping their workouts. For others it took a couple of weeks. While men were affected too, it was worse for women-folk. 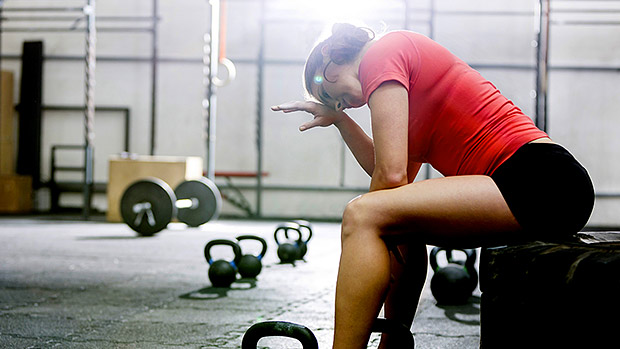 If you can easily slip into a depressive state of mind, don't take more than three days off from training, especially if you're female. Even a quick workout will do you good.

This may also be associated with Christian Thibaudeau's Neuro Typing System. Coach Thibaudeau says that your natural, baseline levels of three neurotransmitters (dopamine, serotonin and norepinephrine) strongly influence your personality and dictate how you should train for best results.

In his system, the Type 1 personality (the novelty seeker) has a low dopamine level. Thibaudeau says that if this neuro type takes more than a couple of days off, he or she struggles in the gym. This type usually does better with more frequent, but shorter workouts that focus on heavy or accelerative work.

It's just a theory, but it makes sense. If you're naturally a bit low on dopamine compared to others, you need to stimulate and ramp up its production more often. Training does that.

It's satisfying and gives us pleasure (dopamine release) and it's often painful and taxing (endorphin release). Put all that together and you get some relief from depressive symptoms. You'll also look better naked.