It’s common for lifters to think they’re losing muscle when trying to get ripped. This is the case even if they’re doing everything right: tracking calories, keeping protein high, backing off on training volume, and prioritizing the big lifts.

First, let’s discuss the fear of losing muscle and why you can’t always trust it. Then I’ll get into the details on how to prevent catabolism and what will cause it to actually occur.

Here are three signs that indicate that you’re keeping muscle and only losing fat:

And unless you’re under 10 percent body fat, it’s very unlikely that you’re losing muscle if you’re still training and eating sufficient protein, which would be around 1 to 1.25 grams per pound. (Yes, even in a caloric deficit.)

You might FEEL like you’re losing muscle. You might look smaller or deflated, but that comes from storing less glycogen and water inside your muscles. Glycogen is how your body stores carbs inside the muscles; it’s a combination of glucose (broken down carbs) and water.

If you’re cutting calories (and likely carbs) you’ll store less glycogen. Why? Because you don’t have “extra energy” to store since you’re pretty much using it all.

If you store less glycogen and water, your muscles become flatter and smaller looking. A muscle with less glycogen/water is like a balloon with less air. That can mess with your mind, but it’s not muscle loss.

To build or maintain muscle you need a growth stimulus, protein for muscle repair, and energy to fuel the building process. If you’re still training hard and eating sufficient protein you should at least maintain muscle.

If you’re in a caloric deficit, don’t you lack the energy to build muscle?

Not if you’re over 8-9 percent body fat. Above that, your body has plenty of stored energy to fuel the process without risk of running out of stored fuel.

Once you get down to low body fat, it’s possible that you’ll be unable to fuel the repair process since your body might want to preserve the little energy store it has for simple things, like survival.

But until you’re really lean, unless you REALLY consume an idiotic amount of calories, you shouldn’t lose muscle. 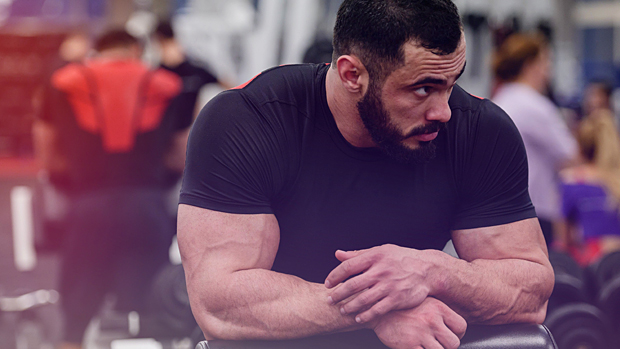 Not necessarily. It’s true that a lot of people lose some strength when they diet. But it’s rarely due to muscle loss. There are other reasons.

First, notice that the strength loss is mostly on multi-joint exercises. The bench press, military press, and squats are especially affected. This loss in “strength” doesn’t happen on isolation or machine exercises, and often doesn’t affect pulling exercises.

It’s typical to maintain or even increase strength on the tricep extension, pec deck, and dumbbell lateral raise, yet see your bench press, which requires the same muscles, go down.

Clearly, this isn’t due to muscle loss, otherwise the isolation exercises would go down too. In fact, oftentimes the free-weight bench press will go down but pressing on a chest machine will stay up or even increase.

The reason? A decrease in passive stability. That’s when non-contractile elements stabilize a joint by increasing pressure. For example, if you blow up a muscle by storing more water, glycogen, and fat, that muscle becomes inflated and “packs” the joint more. This creates pressure which makes the joint more stable. Even body fat can contribute to passive stabilization and water retention.

Why is that important? Because if a joint is less stable, the body will protect itself by inhibiting force production (not allowing you to use all of your strength potential to avoid injuries). The more stable the body feels, the more of your strength it will allow you to use.

That’s why it’s common for powerlifters to “bloat up” before a meet. They’ll eat a boatload of salty, high-carb food and drink tons of water to increase both glycogen and water retention. This increases passive stability and allows them to lift more weight.

Pressing movements are more affected because they’re more “dangerous” for the shoulder joint, which is the least stable joint in the body.

Another reason you can be losing strength while dieting is due to beta-adrenergic desensitization.

The beta-adrenergic receptors are the ones that interact with adrenaline. At the muscle level, beta-receptors – when activated by adrenaline – increase muscle contraction strength and speed. At the brain and nervous system level, they’ll increase coordination, drive, willpower, confidence, etc.

In other words, when your beta-adrenergic receptors respond well to adrenaline, your chance of optimal physical performance is much higher.

But if they’re not responding well to adrenaline (when they’re desensitized or downregulated) then strength and speed goes down. You also find yourself in a worse mental state.

Why’s that relevant to dieting? You desensitize the beta-adrenergic receptors by overproducing adrenaline – either bursts that are excessive, or adrenaline levels that stay high for too long.

Adrenaline is increased in large part by cortisol. Cortisol increases the conversion of noradrenaline to adrenaline.

One of the functions of cortisol is to mobilize stored energy. When you’re dieting you need to mobilize more energy, so cortisol production goes up and so does adrenaline. That’s why a lot of people have a hard time sleeping when dieting.

In that regard, dieting can lead to a decrease in physical and mental performance by making you less responsive to adrenaline. When that happens, strength will go down more across the board. But it normally takes longer to occur than the strength loss from lowered passive stability.

Another reason for a loss of strength is your mental state. If you feel small and don’t sleep as well it’ll be much harder to get amped up to lift big weights. It’s like you program yourself to believe that you’re losing muscle and getting weaker – it’s a self full-filling prophecy.

And if your strength isn’t even going down? That’s a clear sign you’re not losing muscle.

What About The Scale and The Mirror?

You may have had expectations about being at a certain weight when you get to the leanness level you want. This is common. But when you began approaching that weight, and didn’t look lean yet, you assumed that it was because you were losing muscle along with the fat.

But if you’re like most lifters, the reality is that you just had more fat to lose than you thought and also carried less muscle than you assumed. Not fun to hear, but this is what happens to a lot of people. 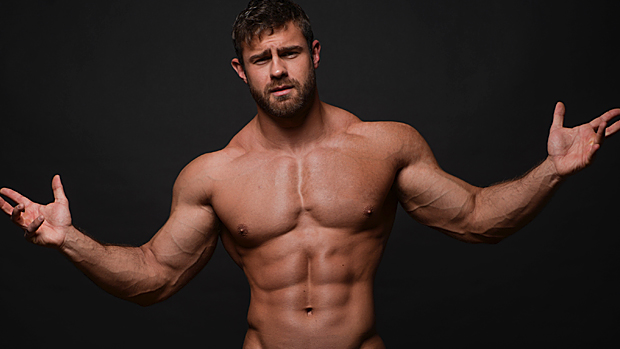 Here’s When Muscle Loss DOES Occur

Sure, you can lose muscle when dieting. Here are four reasons why:

The former (cortisol levels) will occur when cutting calories. That’s just a fact. But cortisol can also be released due to life stress and the training session. A lot of people who actually lose muscle when dieting only do so because they’re afraid of losing muscle.

What?! Yes, when you’re afraid of losing muscle, you actually just might.

You may dramatically increase your training volume and “kill it” in the gym in the hopes of preventing the loss of muscle. When lifters feel flatter or more deflated because of their diets, they often do a stupid amount of volume just to try and achieve that pumped feeling.

That excessive volume will lead to excess cortisol production, which can lead to muscle loss. It can also lead to causing too much muscle damage for your body to recover from. Your capacity to repair and build muscle will be much lower if you cause too much muscle damage in that state… and then you CAN lose precious muscle tissue.

My Best Advice For Cutting

Keep protein high. Shoot for a little over one gram per pound of your starting body weight. Don’t lower that amount as your bodyweight goes down.

Keep carbs around your workout. This will help decrease the cortisol response, maintain glycogen stores, and improve performance. I’d also consume sodium around the workout. Plazma™ is perfect for this because of the type of carbs and electrolyte content, which kills two birds with one stone.

Don’t be stupid with volume. It won’t be as helpful as intensity. Do fewer sets but push them to the limit or close to it.

It’s all about mindset. You will feel flat and feel smaller in your clothes. And for a good number of weeks, you might not look any better because you look smaller but aren’t yet lean enough to look defined. Mentally, this period is hard. Know that you’re not losing muscle, and if you endure, you’ll look better.

How Big Are You Now?

There’s one thing I want to mention, and it may change your decision on whether or not to proceed. Depending on how lean you are at the moment, you might need to get much smaller than you think to get truly ripped.

Let’s say you lose 10 pounds and you still don’t look all that lean. Your first reaction will be to think that you’re losing muscle instead of fat. But in reality, you just needed to lose more fat than you expected to get to the leanness level you want.

Here’s a real-life example. When I was still working with bodybuilders, a guy approached me for coaching. He wanted to do a show. He was about 5’9″ and around 220 pounds. He told me he thought he could be at the bottom of the heavyweight or top of the light-heavy class – so 198 to 204 pound class. I told him that on contest day he’d be 176.

He looked like he saw a ghost. The guy wasn’t fat, mind you. Just the typical bro physique. Muscular, but not defined.

Fast forward to contest day. He ended up being EXACTLY 176 pounds! He won his class and the overall.

Bottom line is, he needed to lose about 44 pounds to look as ripped as he wanted, even though he initially believed he needed to drop 22 pounds.

So if you’re worried about catabolism, it’s possible you just had an erroneous perception of how much muscle you carried and how much fat you have to lose.