For most lifters, putting in ear buds and cranking their favorite music is one of the best parts of training. It's instant stress relief, it blocks out all the people goofing off around you, and it helps you get energized and focused.

But what does research have to say about music and training? Does it affect different types of training differently? Let's dig into the science.

This is the area where music benefits strength trainers. The studies referenced here allowed the test subjects to select their own music, and that's significant. By allowing them to choose their own music, the researchers permitted the maximum mental benefit to each participant.

(Now, this also slightly reduces the internal validity of the research, since it might be true that music with a certain rhythm is universally more beneficial, but it seems like the most appropriate choice for this type of research.)

It's been well-established that music allows the exerciser to temporarily "dissociate from fatigue" during an intense workout. In one study, researchers tracked the mood states of subjects prior to, during, and following endurance strength training activities and found that listening to self-selected music allowed subjects to perform longer before they reported fatigue.

Another study that surveyed weightlifters found that a whopping 89% of them believed listening to music improved the quality of their training overall. This backs up the idea that if you think something works for you, then it does.

Several papers referred to the idea that listening to music prior to any type of exercise may cause adrenergic modulation. That's a mouthful of a term that basically means that increased norepinephrine is produced, causing enhanced arousal, attention, and focus.

Researchers have found that adrenergic modulation can result in increased anaerobic output in either strength training or short-burst cardiovascular activities. So, turn up the music before you even get going in the gym for maximum training benefit.

Researchers found no significant correlation between music and maximal strength training. While listening to music may allow the lifter to dissociate from feelings of fatigue, it isn't actually going to help a person lift more weight. This makes sense because, in most cases, maximal lifting is about what an individual can physically do. At some point, there's a physical limit to the amount of weight that you can move, regardless of external stimuli.

Unlike maximal strength training, researchers did observe a statistically significant connection between strength-endurance performance and music.

One study showed a 5.8% increase in the number of bench press reps to failure when the subjects listened to music. This increase might not seem that great, but adding 6% to every set will increase your volume significantly.

Another study found significant increases in takeoff velocity, rate of velocity development, and rate of force development in the squat jump when the subjects listening to their music of choice. Based on the results of this study, it appears that listening to music has a positive effect on acute power development during explosive and strength-endurance activities.

So, music has quite a few benefits when it comes to strength training, particularly when the focus is on strength endurance and explosive power activities. Music increases focus and energy level. And don't forget to incorporate music into your warm-ups as well.

In Part 2, we'll discuss muscles of the torso and lower extremity, along with my tips to help you write better, more balanced training programs.
Training
Mike Robertson February 8 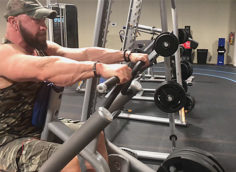 Barbell and T-bar rows are great, but if you're also deadlifting and squatting, they can overwork the low back. Try this to give it a break.
Back, Bodybuilding, Deadlift, Exercise Coaching, Tips
Paul Carter May 11 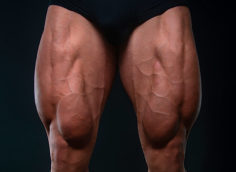 Single-leg work in this plane is missing from most workout plans. Don't leave it out of yours. Here's what to do.
Training
Jason Brown October 25

In a perfect world we'd have unlimited time to train to be awesome. But what happens to that fancy training schedule when you enter the real world?
Bodybuilding, Powerlifting & Strength, Training
Mike Robertson August 8