A New Way to Hack Squat

Decades ago, guys used to do deadlifts by putting the bar behind them. This allowed for a very upright position, which meant a great degree of knee flexion had to happen in order to get into position. Due to the execution, the quads got a great deal of work. 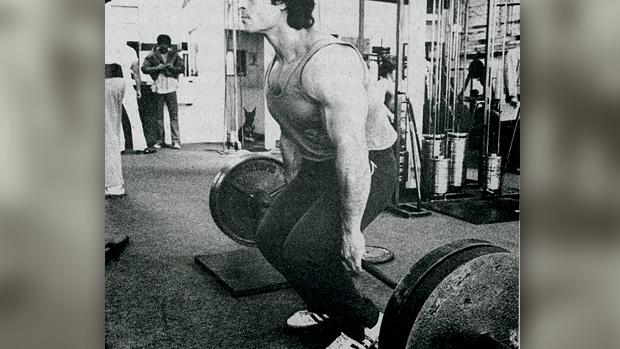 To get the same effect, use the trap bar deadlift. To make it more of a quad movement, raise your heels:

Elevating your heels will automatically put you in a very upright position and create a mechanical position where the hips aren’t as loaded as they would be with conventional deadlifts.