Rest-pause is an intensity extending method that's long been praised for its strength and hypertrophy benefits.

It's where you perform an exercise to technical failure. After your initial set, you pause briefly. This "rest period" is typically 15-30 seconds. Then you'll do another set until failure before taking another brief break. You do this until you've completed a targeted number of total reps.

The total reps you choose depends on a variety of factors, but generally speaking, it should be double the amount of reps you were able to perform during the first initial set. So for example, if I were able to bench a weight for 8 reps in the first set, I'd aim to accumulate 8 more reps in the following sets to hit the targeted total of 16.

Yes, it can work for both muscle and strength gains because you're able to maintain high motor unit recruitment. It also allows you to use the same high loads for all sets, unlike something like drop sets where you reduce the load with each subsequent set.

Anyone who's tried rest-pause knows it works... to a degree. The research confirms its efficacy, too, but a lot of coaches have probably exaggerated how well it works, especially as it relates to strength and size. Are the benefits of rest-pause more from the rep scheme itself, or is it just a matter of basic lifting principles like intensity, volume, and effort?

I'd argue it's more of the latter, especially when you compare it to boring old traditional lifting where you do a set, take a full rest period, and then do another set. 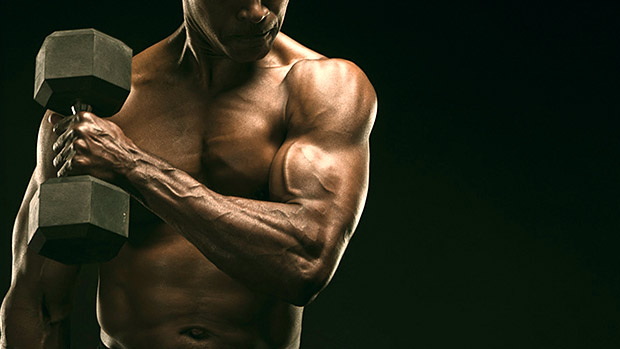 If taken at face value, this study shows you can get equal strength but induce more muscle growth and more endurance benefits by switching from traditional sets to rest-pause sets. However, if you look a little closer, you'll realize you probably can't have your cake and eat it too.

Both groups (which included both men and women) trained 4 times a week with 2 days designated as upper-body push days and 2 days devoted to training back, biceps, and legs.

This study should get a lot of credit as its design was better than most studies. It used trained individuals, controlled for the same 1-rep max, and made sure both groups did 18 total reps, but unfortunately there were some issues that would obviously favor the rest-pause group:

1 – Intensity was matched, but effort wasn't.

Both groups used their respective 80% of 1-rep max, but the rest-pause group trained to failure while the traditional group not only didn't train to failure but couldn't have, given their protocol.

The traditional group did 3 sets of 6 at the same load of 80% of 1-rep max. In general, someone using 80% of 1-rep max load should be able to crank out at least 7-8 reps when taken to failure (6), but they were only instructed to do 6 reps per set.

Furthermore, if you consider the following personal differences, the participants might have easily done an even greater number or reps:

Considering all this, there are plenty of reasons to think the traditional lifting group stopped short of, or pretty far from, failure. The study had another problem, too.

Hypothetically speaking, as they got stronger, their weekly progression for a given exercise could've looked something like this:

As the rest-pause group grew stronger, their protocol allowed them to apply progressive overload. They were able to do the same number of reps with the same weight in fewer sets. They were also able to set rep PR's for their first few sets.

Contrast that with the traditional lifting group. They had to complete the same number of reps using the same weight for the same number of sets for 6 weeks, regardless of whether they got stronger. The strict design of the study didn't allow for any progression.

Yes, the study concluded greater muscle growth and endurance in the lower body for rest-pause training, but I think it would have played out differently in real life.

On a side note, I don't disagree with the muscular endurance advantage found in the rest-pause group. Taking short breaks while doing high intensity work is a great way to induce endurance/work capacity adaptations. This is an underappreciated benefit of rest-pause training. But as far as maximizing on strength and size adaptations, rest-pause is likely suboptimal. 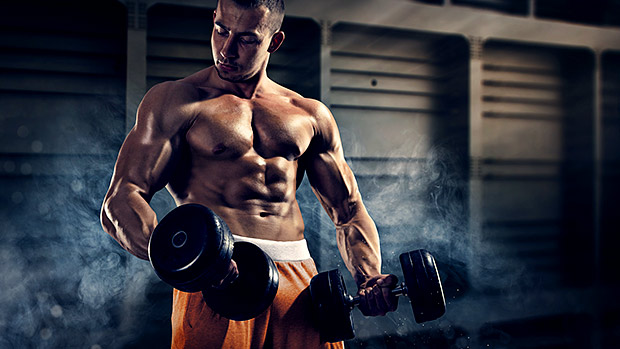 Looking at Rest-Pause From Another Angle

The sad fact is, most of the literature on rest-pause is poorly designed because effort is almost never matched. For example, one specific study showed rest-pause squat training had higher muscle activation, but the rest-pause group trained with a higher intensity (7).

Fortunately, we have another study that tells us a lot (8). This one doesn't resemble the exact rest-pause protocol most coaches prescribe, but it did match for effort by making both groups train to failure. Korak and collogues compared the neural activation, strength, and volume between a rest-pause group and a traditional lifting group.

Both groups completed 8 sessions of bench press training where 4 sets of 80% 1-rep max were taken to failure. The traditional lifting group lifted conventionally while the rest-pause group racked the bar for 4 seconds after every rep. A metronome was used to keep tempo consistent between groups.

Because both groups went to failure, neural activation was similar between groups, showing that effort matters a lot in fair study design.

Strength increases between groups was the same despite the rest-pause group performing about 32% more reps. This shows us that while rest-pause can lead to more volume, the additional volume doesn't really enhance strength.

Anecdotally, this explains why most powerlifters build their programs around traditional sets instead of rest-pause. Adding intensity-extending methods might not enhance strength given that substantial volume/intensity/effort is already in place.

What Rest-Pause Is and Isn't

All things being equal – the number of sets and proximity to failure – rest-pause is likely to be suboptimal to conventional training in maximizing strength and hypertrophy because the latter allows more total volume with adequate (long) rest.

Rest-pause only does well in research when design favors it, but it does have some merits in real world application. Christian Thibaudeau points out that it might help someone train harder because it's more appealing to certain individuals, especially those who enjoy heavy weights but need to do more volume work (9).

Here's how I recommend programming rest-pause:

Ultimately, rest-pause sets are great and you should sprinkle them in, but they're not better than traditional sets, especially when you match for effort and apply progressive overload.

Nail your upper lats and get a huge pump with this finisher exercise.
Back, Bodybuilding, Exercise Coaching, Tips
Lee Boyce January 10 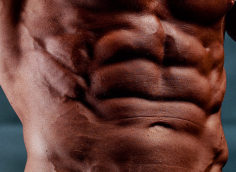