Building A Strong Base

Carrying exercises are awesome for true core development. They also act on the body in “global” ways that relate to everyday physical tasks.

Carries should be programmed and cycled to target different planes of motion for the core and joints. You should vary the equipment, weight, duration, grip, and loading style. Four to six sets of carries a week is enough to transfer well to overall strength and resilience in the weight room or on the field. Here are the best types of carries to use, and how and when to use them.

These are an effective first step into the world of carries. They require that you maintain your center of mass with a neutral posture against an external load before you start going heavy. The goal here is to maintain good form, so don’t try to go too heavy. 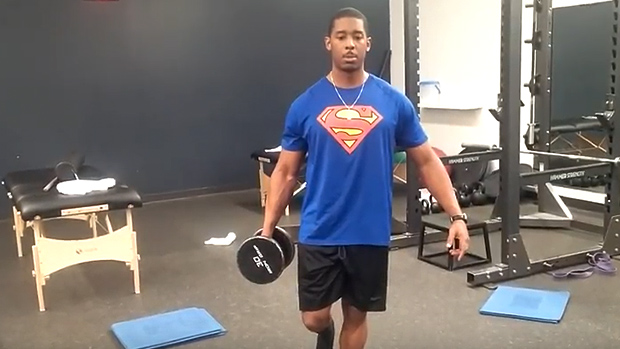 Stand on one leg and hold a dumbbell on either side of the body. Do it with the weight at waist level and also overhead. Use a mirror to get accustomed to the way it feels and learn how to maintain a neutral posture – leaning neither toward nor away from the dumbbell. The weight must not contact the body! That’s cheating. Three sets of 30 seconds each is a good place to start.

Note: Maintaining neutral posture also involves the scapulae. We don’t want to squeeze them together as we do in a row, but instead maintain a natural spacing between the them (roughly an inch or two). This promotes the natural, slight kyphosis of the thoracic spine, allowing the scapula to sit in its ideal place on the ribcage.

Now add a “march.” Remember, don’t let the weight touch your side. This unilateral march targets the function of your lateral subsystem. In other words, it’s a bit tougher.

The next progression involves dynamic (moving) variations. The concept here is much the same, holding the load off one side of the body, but performing a controlled walk while maintaining a neutral posture. 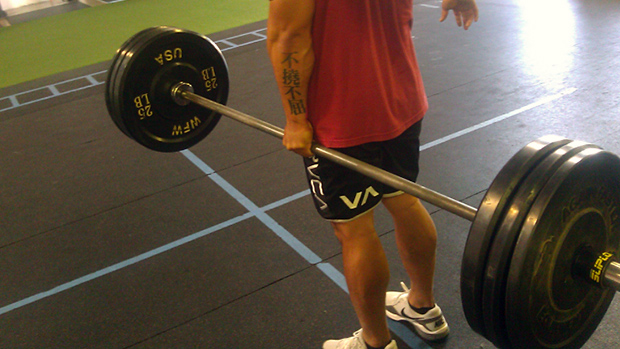 Dumbbells and kettlebells are great here, but bars work exceptionally well. Pick up a bar with one hand and take a walk. These carries require you to stabilize the wrist joint against forces that would try to abduct or adduct the wrist, and they further destabilize the core by increasing the lever of the challenge.

Heavy bilateral carries are the meat and potatoes of any carry program. They’ll increase strength and performance, as well as build your arms. Here are the main types:

Low Carries (At or Below Waist)

Take a trap bar and switch its position so that the plates face forward. Pretend you’re sitting in the cockpit of a stock car. This challenges your wrist position and overall core stability by increasing the lever of the load. Swiss bars or barbells are another great option for this, if you happen to have two of them. 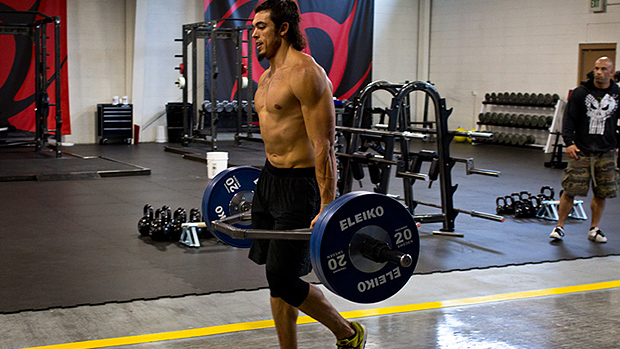 This is a great carry choice for overall core stability across all planes of motion. It’s a better option for achy or post-rehab shoulders because the shape of the bar keeps the load off the body so the shoulder doesn’t have to do any extra work. 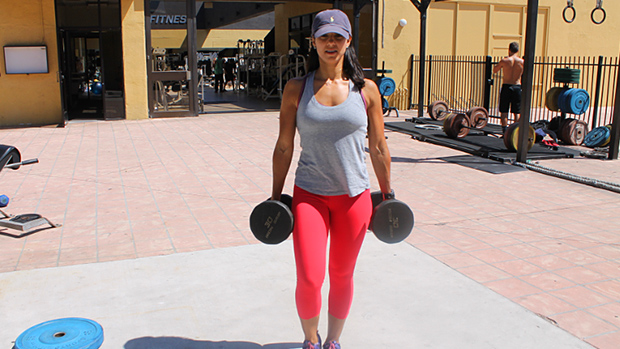 These focus on the transverse and frontal planes and are effective correctives for a hip collapse in your gait caused by a weak glute medius. The long bars mentioned above are also included in this category when two are used at once.

High Carries (Above the Waist)

These are mainly anti-extension exercises done in the sagittal plane. They’re a great tool to use as a regression to the overhead press for those who already have healthy scapula-thoracic mechanics but need to work on generating more stiffness in the core. High carries include:

This group consists of the goblet, front-rack, and Zercher carries. The weight is carried at the height of the collar bone.

These train the anti-extension quality in the frontal plane by applying a “flexion force” on the body. This pulls the torso forward so that the erectors must work to keep you upright. At the same time, the anterior core must also activate to prevent the powerful, working erectors from bringing the spine into hyperextension.

These consist of locking out barbells, dumbbells, kettlebells, or Swiss bars overhead. Unlike front-loaded carries, they directly force the spine into hyperextension because the overhead lever is so long. This challenges you to maintain a tight rib-to-pelvis relationship and to stabilize a good upwardly-rotated position for the scapulae. They’re a good choice for people who tend to be stuck in extension – depressed scapulae and clavicle, tonic lats and erectors, rib flare, etc.

Because the hips bear half the brunt of the core work required, carrying exercises can often bring out stability problems that were otherwise hard to detect. If you see dropping of the hips or wobbliness during carries, a simple exercise to strengthen the hip will help you to get more out of your carrying program. That’s where “the stork” comes in.

Stand on one leg and pin a Swiss ball between your hip and the wall. This side of your hips is called the contact hip. Use the Swiss ball for leverage as you allow your contact hip to drop against it (so that it’s no longer parallel with your hip on the other side), and then drive the standing leg into the ground to return the hip to parallel. This trains the glute medius in a way that’s more relevant to its function than most other exercises.

Ankle position can affect gait and can sometimes be worsened in people who walk or run with a pronated foot position. When a body is externally loaded with enough stress, it’ll defer to its default pattern. In pronated individuals, the ankle joint and Achilles are awkwardly loaded. This can make the tendons and muscles in that region prone to burning (fatigue) and excessive soreness (or DOMS) when unilaterally loaded (carries, split squats, etc.).

Taking note of foot position and adding some simple foot strengthening or supination drills can help someone re-learn where their feet should be. Here are a few of my favorites:

Straighten the ankle out by slightly supinating the foot while maintaining a “tripod” (base of the big and small toe, and the heel) on the floor.

With the leg furthest from the cable machine, perform a single-leg Pallof press while maintaining an ankle push-out. The line of pull encourages the foot of the working leg to maintain a supinated position, otherwise you’ll fall inward toward the load.

Contract the intrinsic foot muscles by shortening the foot while extending the toes.

Sometimes called golfer’s elbow, inflammation of the medial epicondyle can be a common deterrent to getting the most out of carries. This is because all the wrist and finger flexors attach on this one small space, so the area is commonly a traffic jam of hypertonicity.

Keep the fingers straight so as not to flex them and excite the medial epicondyle.

Lifters who have spines that are stuck in hyperextension should be careful here. These individuals may exhibit symptoms such as excessive rib flare, anterior pelvic tilt, etc., and will usually have overactive lats that facilitate their extension pattern.

This is because the lats on most people have a direct scapula attachment. When they’re overactive they pull the scapula and collarbone into depression, as well as increasing their extension tendency. These folks should probably not carry below the waist too often, as their scapulae already sit too low.

A pair of low-riding scaps will place the levator and upper traps on stretch, causing them to be irritable and weak. These problems may also be exacerbated by flat thoracic spines that have lost their natural kyphosis. Before performing low-carries, these lifters should first create more flexion in their thoracic spine so that their scapula can better navigate the ribcage. With these individuals, carries become less about performance and more about promoting better long-term shoulder health. For this population, high carries are a better option.

On the flipside, overhead and front loaded carries aren’t appropriate for individuals with an exaggerated kyphosis in the thoracic spine or whose scapulae are upwardly or anteriorly “stuck.” Carrying below the waist with the chest up and the scapulae in retraction is usually a better idea.

While always keeping contraindications in mind, add a wide range of carrying options in your program to get the most out of them and become as physically strong and durable as possible.