Unless his goal in life was to be shaped like a light bulb, or he was a circus acrobat who'd been forced to walk on his hands to earn a living, I can't think of any reason why he should've been able to curl more than he could squat.

That was about a year ago. Today, that same fella has an impressive set of wheels. Some might even say they're now his strong point.

What happened? He made the wise decision to come to the Thibster for a training program. He wanted to know how to build his legs because his wife was starting to mock him. (It was the right thing to do; who cares if it was for the wrong reason?)

So we set off on our quest for tree-trunk legs.

This is the program that led to most of his lower-body transformation. It's not for the faint of heart, but if you're tough enough to survive it, you will get you results.

Start by doing 6 front squats. Rack the bar and immediately switch to a close-stance back squat for 6 reps. Use the same weight, and don't rest during the transition. Now, without racking the bar or resting, widen your stance and do 6 more reps.

* * Not everyone will be able to do these three exercises in this sequence. Some of you, because of muscle imbalances or individual biomechanics, will be weaker in the Romanian deadlift than you are with the snatch grip. In that case, do the RDLs first. Always do your weakest movement first.

Lift the weight with both legs, hold it at the top for one second, release one leg, and lower it for 5 seconds with the other leg. Repeat, lowering it with the opposite leg. Do 6 reps per leg, alternating sides on each rep. 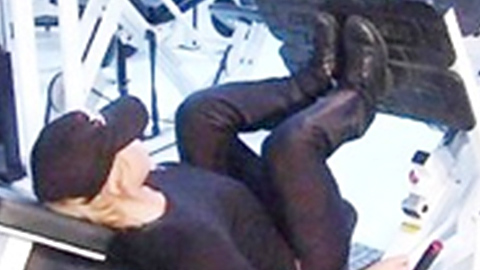 This one is fairly straightforward. Simply perform 100 continuous repetitions. Yes, you can take very short pauses during the set, but try to avoid them as much as possible.

As you can see, this workout hits everything in your lower body without being excessively tough on your joints and connective tissues. Since it builds endurance strength, athletes can use it in the early stages of an off-season program. It should be especially effective for hockey, rugby, and soccer players, acting as an "anatomical adaptation" stage to prepare them for heavy lifting and power training as they get closer to their competitive season.

And, of course, if you're a bodybuilder looking to jack up your wheels as fast as possible, this is the program for you.

Thibs thinks you're looking kind of small lately. Says your girlfriend's been bad-mouthing your physique, too. Fortunately, he's taken pity on you and come up with some new movements for you to try.
Bodybuilding, Training
Christian Thibaudeau October 20 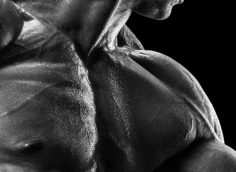 A developed upper chest will set your physique apart from the crowd. Here's how to build it.
Training
Andrew Heming October 9