"Training is like life, you get your ups and downs, but if you think about your problems hard enough and logically enough, you'll either solve them or reach a compromise." – Reg Park

If your goal is to develop a powerful physique that is every bit as strong as it looks, you can't do much better than to follow the example of three time Mr. Universe, Reg Park. Arnold Schwarzenegger often refers to Reg Park as his childhood idol and the greatest inspiration and influence on his own bodybuilding and life successes.

In this article we'll take a closer look at Reg's training philosophy and cover his very popular and highly effective 5x5 program as well. Even if you don't care about getting bigger, if you want to develop a lean and strong physique, Reg is the man to emulate. 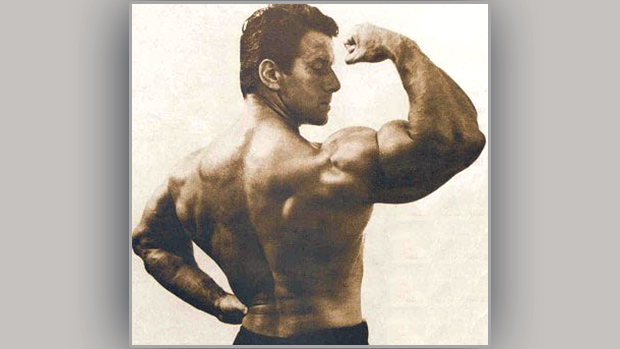 1 – If you want to get bigger, then get stronger

Many people training today separate hypertrophy training from strength training. They think that when focusing on getting bigger, one should focus on the muscle not how much weight one is using. This explains why today's bodybuilders are nowhere near as strong as the old school bodybuilders like Reg Park.

Reg didn't separate strength training from bodybuilding. He believed that in order to get bigger, you must get stronger. Heavy weight training equals more recruited muscle fibers, which equals more muscular growth. The only difference, says Reg, is that the pure strength trainer shouldn't increase caloric intake to avoid putting on size, while the bodybuilder should ramp up high quality nutrition in order to pack on more size.

Reg believed in spending time on exercises that produce the maximum return. The cornerstone of his training was a healthy diet of squats, deadlifts, and bench presses, which he called the primary strength exercises. Secondary or supplementary exercises were cleans, high pulls, and clean and presses.

Personally, I'd replace the bench press with the standing military press, and throw in some pull-ups or bent over rows to balance the upper body. Regardless, Reg knew what he was doing, and had the results to back it up. Most trainees won't go wrong with a focus on the three primary lifts. Once you get your bench up to 300 pounds, and your squat and deadlift up to 400 pounds, you'll notice a big difference in how your physique looks. 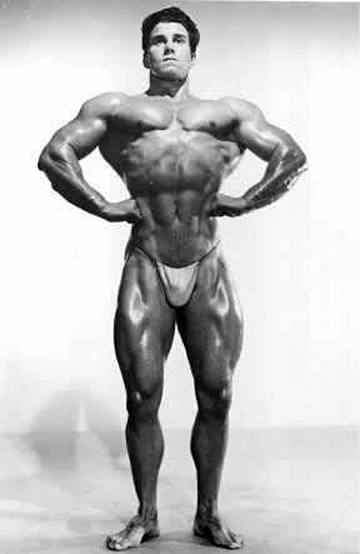 The result of a healthy diet of squats, deadlifts, and bench presses.

If you don't want to get bigger, just keep your calories in check. For most trainees, worrying about getting too big is like worrying about making too much money. There are better problems to focus your attention on. Build a strong foundation on the three primary exercises, then add some supplementary exercises to round out your program and keep progress coming.

3 – Don't let your lower back hold you back

If you've ever had a lower back injury, you know how important the lower back is to overall strength and power. We generate a lot of power from our backs and just because we can't see it in the mirror doesn't mean that it's not important.

Most gyms have hyperextension equipment, and if you're lucky your gym has Louie Simmons' reverse hyper machine. Start with a couple sets of ten with your bodyweight and then start adding weight. Progress slowly and carefully. You're not trying to set a PR on the hyperextension by seeing how much weight you can use for one rep, you're using it as a preventive measure to avoid lower back injuries and keep your back strong and healthy. 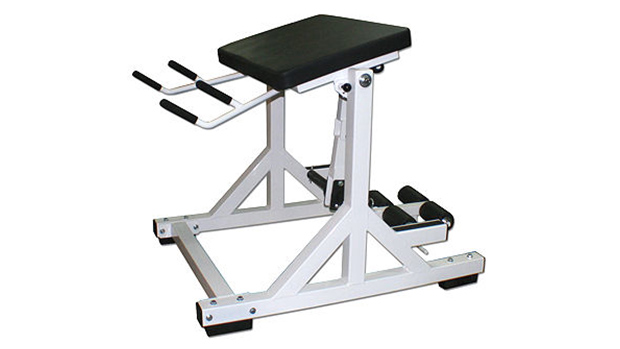 After a few weeks of lower back work, don't be surprised if you notice a strength increase on overhead presses, deadlifts, and squats. Especially if you haven't done any direct lower back before.

4 – Confidence is critical for increased size and strength

According to Reg, an effective training program focuses on increasing confidence. You should feel strong, empowered, and ready to take on the world after each workout. If you feel weak and defeated, then you're doing something wrong.

Training is no different. Rather than going overboard and burning out, focus on the minimum training dose that'll produce the maximum result. You can always add more if necessary.

Reg was a big believer in self-analysis. You must take the time to find out who you are, and what you're capable of. He stated that if you worry a lot, then you'll find great benefit from training, as it'll help remove stress, and help you get a better handle on your life. You learn a lot about yourself through training that can help you in other areas of your life.

Trainees who make the mistake of compartmentalizing their training lives from the rest of their lives miss out on these lessons. We learn the power of discipline, perseverance, patience, and hard work from training. Carry over these skills into your business or job, and you'll benefit tremendously.

If you're strong in the gym but weak in your personal and professional life, then you're weak overall. Carry over what you've learned from effective training to other areas of your life and you'll experience the full benefits of training.

6 – Layoffs and restoration are critical

We live in a workaholic society, in which we think that more is better across the board. We feel it's critical to work longer hours to get ahead and make more money, thinking that we will be much happier only to want more after we make more.

Many serious trainees take this workaholic mentality into the training realm, not only training far too often, but also not recovering enough. The idea of taking an entire week off would be unthinkable to them. Regardless, training must be balanced with adequate recovery.

Reg believed that layoffs are important to build up reserves, and to allow the body to rest. Moreover, when you take some time away from training you can't wait to get back at it and have a renewed enthusiasm to push forward. Just as it is beneficial to take time off from work and enjoy a vacation it is critical to take a training vacation periodically.

When you take a layoff, don't even think about training. Immerse yourself in other activities and enjoy the time away from working out. Don't read training books and magazines all day and analyze your workouts. A mental break is just as important as a physical break.

Get a relaxation massage at the beginning of your layoff. Many trainees always ask for a deep tissue massage no matter what, but this generic approach isn't the way to go. Find a high quality bodyworker who can give you a personalized massage based on the state you're in. He or she will know what you need.

7 – Start reaping the benefits of the 5x5 program

Most people think they know all about the 5x5 program, Reg's favorite strategy for packing on strength and size. Just pick a weight and use it for five sets. When you can do five reps on all five sets, add weight. Don't increase the weight until you can do five reps for all five sets. This allows for a gradual progression and an avoidance of burning out. Simple, right? Yes, but this isn't the 5x5 version that Reg used and recommended.

When you can do a given weight for three sets of five, you've locked that weight in, and are ready to move up. You can start with lighter weights for the first two warm-up sets, but make sure the poundage jumps from the first to the second set and from the second to the third set are the same. The first two sets are confidence-builders. Thus, if you feel tired on the first confidence-building sets, do one or two more to build up reassurance to attack the three primary sets.

Unlike many of today's bodybuilders that take very short breaks in between each set, Reg recommended 3-5 minute breaks to recover fully from each set. Also, focus on using as much weight as possible for each set, to acquire the greatest return on your effort.

Option 1: (Two sessions per week, for busy people or trainees with poor recovery)

Option 2: (three sessions per week, for trainees who have more time and adequate recovery)

Option 3: (3x per week for advanced trainees who have great recovery abilities)

The trap bar is now considered must-have gym equipment. Here are some cool variations to help you get the most out of it.
Deadlift, Training, Traps
Ben Bruno December 6

It's time to test your mettle and your muscles. Take the Vigneault Challenge. Here's how.
Tips, Training
Christian Thibaudeau February 8

If you're not recording your workouts, you're wasting your time. Here are the essentials your training journal needs to contain.
Bodybuilding, Powerlifting & Strength, Training
Charles Staley April 8