Few programs are as mythical in the strength training world as the 5x5 system. It was the cornerstone of Reg Park's training (Arnold's idol), but it was first popularized by Bill Starr with his book, "The Strongest Shall Survive."

There are tons of variants. Heck, even Mark Rippetoe's Starting Strength is a lower-volume version of the 5x5 system.

While there are several 5x5 set/rep systems, most true 5x5 systems originate from Bill Starr's approach. Here are the basics:

The system has a lot of things I like and some I don't. I love the frequency of the traditional approach (hitting the big lifts three days a week). I strongly believe in training the big lifts more often to gain strength as rapidly as possible. I also like the focus on the big basics as well as the low reps.

Is 5x5 really the best way to get stronger? The short answer is no, because there's no such thing as a "best" program for strength.

But let's examine the 5x5 approach and look at why it is indeed a very good program and what its limitations might be. Afterwards, I'll present a superior alternative. 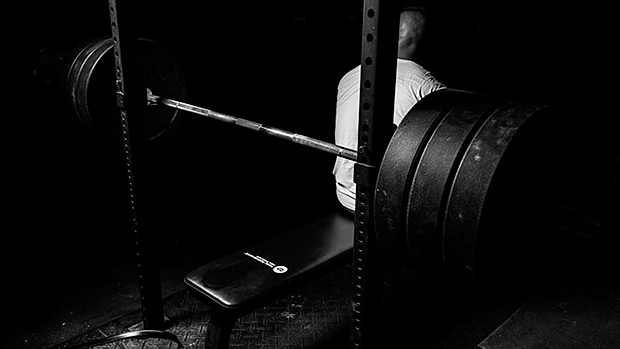 5x5 Under the Microscope

Here's how the program stacks up to the various physiological elements that make a body stronger:

Science tells us that the weight lifted needs to represent 80% of your maximum to recruit the greatest number of muscle fibers. Indeed, the heavy day of the 5x5 system has you using 80-85% of your 1RM on the bar.

If we break down a heavy day set, it would look like the following chart. Bear in mind that fatigue saps you of between 2-4% of your strength on every rep. By rep number 5 your strength potential is lower than it was in the first repetition. Accordingly, the bar will be relatively "heavier."

As you can see, you're above 80-85% in all the reps, so it's all good as far as muscle fiber recruitment.

But what about the medium and light days? Let's say you start at 75% of your 1RM. This is what it looks like:

Out of 5 reps, 3 of them achieve complete muscle fiber recruitment, so you're not looking as good as you did on the heavy day in terms of recruitment.

Now take a look at the light days where you're using about 70% of your 1RM:

In this case, only 1 or 2 reps achieve maximum fiber recruitment. It's not ideal, but it isn't a complete waste either. However, if you had chosen to go with 65% of your 1RM – which is still within the traditional 5x5 guidelines – then you'd have done 0 reps with maximal recruitment.

Now, it doesn't mean that the medium and light days do nothing for strength, but from a muscle fiber recruitment perspective, only the heavy day does a good job.

Can you build muscle with sets of 5 reps? Absolutely. But you do need to push those sets fairly hard.

As for the light day, it won't have much of an impact on muscle growth since we're only getting 5 maximally effective reps or less in that session.

Regardless, the take-home message is that the traditional 5x5 system with a heavy/light/medium set-up will indeed build enough muscle to help us gain strength.

Firing rate increases when the relative load starts to exceed 80% of 1RM. The closer you get to 100%, the higher it is. And since having a high firing rate is a motor skill, the greater the amount of practice you get, the better you become.

On the heavy day of the 5x5 program, we have 4 out of 5 reps that have a high firing rate. That's 20 reps out of 25 for the workout, which is pretty darn good!

As far as the moderate/medium days, only 5 out of 25 reps hit the target muscle fiber firing rate. That's better than nothing, but not enough to improve the nervous system capacity to program a high firing rate.

On the light days, we come up empty handed. No reps hit the minimum threshold.

When you consider the whole training week, only 25 out of 75 reps have a high firing rate. The program might cause some overall improvements in your ability to achieve higher fiber firing rates and get stronger, but it will be far from optimal.

This is one area where 5x5 is very effective. You're essentially doing the same three big lifts over and over, training them three days a week. This is a great way to improve performance via an increase in intra and intermuscular coordination. You'll also improve your technique.

I'm a huge believer in the frequency of practice when it comes to increasing performance on a lift. That's why in Olympic lifting they pretty much focus exclusively on the snatch, clean & jerk, and squat.

Think about it. Let's say there was a contest – the person who increases his squat the most in 6 weeks wins ten million dollars. Would you really squat only once a week? Of course not. You'd likely squat every damn day!

There's no question that doing the same lift more often will boost your strength faster on that lift, even if the other elements aren't maximized.

I'm not only talking about being confident about a lift, but how secure your brain "feels" while doing a movement. This involves stability (bracing properly, stabilizing the joints, having good movement mechanics, being in control of the movement) and the desensitization of the Golgi tendon organs.

These GTOs are mechanisms that protect you against yourself. When they sense that your muscles are producing too much force for their own good, they will inhibit further force production. In most people, the GTOs are extremely conservative, but the more heavy lifting you do, the more they become desensitized and allow you to use a greater percentage of your strength potential.

Feeling secure would also include not being overwhelmed by a heavy load.

Now, your technique will improve simply by practicing a lift three days a week, and you will naturally become more comfortable with the movements. However, the weights used in 5x5 aren't heavy enough to get you psychologically used to maximal loads, nor are they enough to greatly desensitize the GTOs – especially on the medium and light days.

The 5x5 approach is pretty damn good for building strength. However, it might not necessarily translate to a proportional increase in 1RM strength.

For example, if your 5RM strength increases by 20%, maybe your 1RM will increase "only" by 10%. Furthermore, the light days don't contribute much to strength improvement. They work for technique improvements, but they won't build muscle and they won't get you stronger. They're more for recovery and technique work.

How to Make 5x5 Better

The 5x5 system actually shares many similarities with how I train athletes. I have them hit the whole body three days a week with 3-4 lifts per workout. I use different sets/reps schemes, but the principles are similar.

One other difference is that I focus on different types of contractions. On one day we emphasize the eccentric or negative (slow eccentrics for example) and on another we emphasize the isometric component (including pauses during the movement). The other session consists of regular lifting.

You could easily use that approach with the 5x5 system. You'd use a slow eccentric on the moderate days and use pauses during lifts on light days. This allows you to get a stronger training effect, even with the lighter loads.

That's because the motor pattern is different during an eccentric and isometric action. For example, in an eccentric action you preferentially recruit the fast-twitch fibers. On top of that, the main way of increasing strength during the eccentric is by increasing firing rate. So, with slow eccentrics, as you're getting fatigued, the firing rate will increase even if the load doesn't exceed 85% of what you can lift at that moment.

Furthermore, emphasizing the eccentric can thicken the tendons and the part of the muscle fibers closer to the tendon. This will make the body feel "more secure" about lifting heavy weights.

Lastly, a slow eccentric works well in developing technique, and the better your technique, the more you'll be able to apply your strength.

Below is an example of one of the bobsled athletes I work with doing slow eccentrics (8 seconds down) with 200kg (440 pounds):

And next is a video of a pro beach volleyball player doing a set of 6 reps with 225 pounds and a 5-6 second eccentric:

As far as isometric pauses, they allow you to improve technique and "rigidity/stability." In an isometric action, you have a much greater activation of the synergists and antagonist muscles than you do in an eccentric or concentric action. This will develop the capacity to be stable and solid under load. You'll also force your muscles to work together to perform optimally.

Here's another client doing three 2-second pauses during a squat (sometimes we use one longer, 5-second pause at the mid-range):

You could successfully use this for 6 weeks, but if your goal is to develop maximal strength, you'd need to approach it differently. Do a 3-4 week phase that includes lifting in the 90% zone. A week of this approach would look like this:

The 5x5 loading scheme has stood the test of time, which means it works as advertised. However, that doesn't mean it's perfect and can't be improved upon.

Look at any program objectively. Being attracted by the hype and aura of a program can be a good thing as it will get you excited. That will help you train harder. However, it will also prevent you from understanding why something works (or doesn't) and how it can be made even better.

Dips build tons of muscle and strength while also being therapeutic for the shoulders. Yes, really. Here are 13 tips to help you do them right.
Bodybuilding, Shoulders, Training
Joel Seedman, PhD December 14 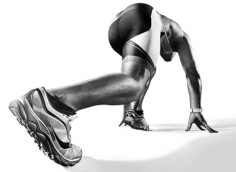 If your deadlift stalls just off the floor, this exercise will strengthen that weak point and help you power up a new PR.
Deadlift, Legs, Tips, Training
Christian Thibaudeau November 16
You've seen his name on a lot of recent T-Nation articles, and you've seen him pass out some outstanding training advice on the forum. And you've probably thought, "Man, that guy is smart, but who is he anyway?"
Training
Chris Shugart June 16