The hip hinge is one of the most effective movements for building real strength and size throughout the entire backside: glutes, hamstrings, and the lower, middle, and upper back. The hinge pattern is used in several exercises, but here's generally what we're talking about: 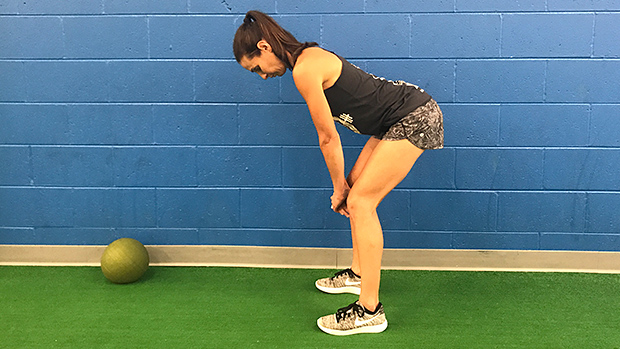 The trouble is, it's rare that people do hip hinges correctly. Let's try something. Test your hip-hinge mechanics by attempting to do the following:

If you failed at even one task, you need to reassess your mechanics. Master these basic principles and cues:

Rather than bending over at the spine, bend from the hip joint by setting the hips back posteriorly as far and as naturally as possible. This, in a nutshell, is the definition of a hip hinge.

2 – Keep the hips tall throughout

Rather than attempting to keep the legs straight or overly stiff, the knees need to have a slight bend or "soft knee" position (15-20 degrees of knee bend) while keeping the hips tall.

When the knees are overly straight (similar to the dangerous stiff-leg deadlift position), it places undue stress on the lower hamstring insertion and tendon, making the lifter vulnerable to tears and hamstring injuries as well as sciatic issues. It also places unnecessary strain on the vertebral column.

4 – Don't use an excessively large range of motion

Rather than aiming for maximal range of motion and excessive stretch in the posterior chain, the goal should be optimal range of motion with the torso slightly above parallel to the floor and a hip joint angle that's close to 90 degrees. Going significantly lower than this promotes hamstring tears and pulls, low back issues, and decreased force production.

Training the hip hinge with an extreme range of motion only reinforces faulty movement patterns into your central nervous system that can degrade natural body mechanics and athletic performance.

Just focus on producing a natural stretch in the glutes and hamstrings, but not excessive.

5 – Maintain a rigid and neutral spine

Keeping the spine in neutral is very important for all movements, particularly axial-loaded movements such as the hip hinge.

This point also goes hand in hand with the topic of avoiding exaggerated range of motion. In fact, when the spine is set into the proper position, it's nearly impossible to collapse and go excessively deep.

In contrast, when the spine isn't rigid, an overly large ROM will inevitably follow as the body structure and function is compromised both biomechanically (leverage isn't optimized) and neurophysiologically (there will be short-circuiting of neural signals).

This proper neutral spinal position includes a very slight natural arch (not excessive), a tightly braced core, stomach pulled in, chest out, shoulders pinned back, rib cage pulled down and in, scapulae pulled down, head tall and packed, and neck elongated, not cocked back or forward.

How much of an arch should you maintain in your spine when doing axial-loaded movements like the hip hinge? The answer lies in the core.

Essentially, the lifter should focus on keeping the core as tight and braced as possible while keeping the stomach pulled in and the rib cage pulled down. This should be done while simultaneously trying to keep the chest out, shoulders pulled down and back, and maintaining a slight natural arch, predominately at the T-spine/upper back and not the lumbar spine.

7 – Push the knees out laterally, but not excessively

When it comes to squats, most competent coaches will instruct their lifters to push their knees and ankles out laterally and place more of their weight on the outside of their feet. Although it's more subtle, the same general concepts should be applied to the hip hinge. In fact, this is one of the most important yet underrated training cues there is for the hinge.

There's also a strong correlation between lack of lateral knee spread and hamstring strains, glute tweaks, sciatic issues, and low back pain. Pushing the knees and ankles out and placing more tension on the outside of the feet (while keeping the big toes pushed down) will eliminate most of these issues.

During any lower body exercise, activation starts with the feet. To ensure the feet and ankles are firing properly and performing correctly, the feet will need to be kept relatively straight.

Allowing the feet to externally rotate to a significant degree and flare out (a common error) not only places undue stress on the hips, but minimizes foot and ankle activation.

In terms of movement specificity, the hip hinge and broad jump position are one and the same. The mechanics for both, particularly at the hip joint, are identical. That's because a broad jump requires setting the hips as far back as possible with maximal hip flexion and soft knees in order to get maximal hip extension on the jumping/concentric phase.

For anyone who's ever performed a broad jump, this cue is a quick and dirty fix for improving hip hinge mechanics within seconds.

The purpose of a hip hinge movement is to set the hips in a powerful position so they can drive with maximal power and create high torque on the extension phase. This can only happen if the hips are coiled back like a loaded spring.

Another way to imagine this is by using the slingshot analogy. If we cock the hips back only partially, then, similar to a slingshot that's only partially cocked back, we'll only produce a fraction of the power at the release phase.

Conversely, cock the hips back to where you feel maximal tension. You should feel (both internally and externally) like one powerful unit that's ready to unload with maximal force and torque.

When it comes to proper execution of the RDL or hip hinge, smooth, crisp, and controlled mechanics are essential, particularly during the eccentric (lowering) phase of the movement. Using excessive momentum, freefalling into the stretched position, or bouncing out of the bottom are all surefire ways to either pull a hamstring or injure your low back.

12 – Keep the weight close to the body/center of mass

Another common mistake is allowing the weight to move too far out in front of the center of mass. The goal should be to keep the weight pulled as close to the center of mass and as near to the body as possible. This places significantly more tension on the glutes and hamstrings and far less strain on the spine.

13 – Flex the lats throughout

Keeping the bar close to the body like you do on a RDL not only helps maximize spinal safety and hip hinge mechanics, but it also helps cue the lats to contract.

On the flip side, firing the lats also helps keep the bar close to the body. There's a direct relationship between lat activation and bar positioning. A body that maintains activated lats while performing a hip hinge will be capable of handling far more load and tension than one in which lat activation is minimal.

Many coaches over-cue posterior pelvic tilt with excessive shortening in the glutes, especially during hip extension. Unfortunately, this has lead to a very common form of dysfunctional movement and postural aberration at the top, extended position of the hinge or deadlift where the individual loses all traces of postural neutrality and spinal rigidity.

Essentially, these folks produce kyphotic posture, shoulder rounding, forward heat tilt, and significant spinal flexion at the top of hinge and deadlift movements. Although this is often done with the goal of producing as much tension in the glutes as possible, such a dysfunctional position is detrimental. This looks like the same postural alignment witnessed on elderly individuals.

Ironically, the hip hinge is one of the most beneficial movements there is for improving spinal mechanics and postural alignment, provided it's performed correctly.

A hip hinge is a hip hinge, plain and simple. Although much of the info here illustrated using the RDL example, the mechanics involved in any hinge movement, including RDL's, good mornings, kettlebell swings, single leg RDL's, and cable pull-throughs, remains very similar from variation to variation.

The maximus gets all the attention, but if your other glute muscles are weak then your squat will suffer. Here's how to prevent that.
Tips, Training
Paul Carter November 28

How to build a bigger gas tank to power through your most demanding training.
Athletic Performance, Bodybuilding, Training
Mike Ranfone November 14 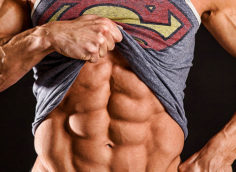 Want abs? It's time to crank up the resistance, extend the TUT, and add a proven bodybuilding technique to your workouts. Try these moves!
Training
Gareth Sapstead February 9