The term “hardgainer” was popularized in the early 90s by Stuart McRobert. It describes someone who’s actively trying to build muscle but has a hard time adding even a small amount, despite working hard and eating enough.

It plagues a lot of lifters, up to 10-15%. I call them “low responders.” Their body simply doesn’t respond much to training. Adding muscle is an extremely slow process.

Note: A lot of people deem themselves hardgainers, but many simply don’t train hard enough. But if you’re a true hardgainer it can be extremely frustrating to see people training half as hard as you, yet progressing exponentially faster.

So let’s get into it. Here are the recent findings in the realm of genetics that could help explain why some people are hardgainers. And if you think you’re one of them, you’ll see what can be done with training and supplementation to help you see progress at an acceptable rate.

Genetics: Not Just A Copout

We often laugh at those who claim to be in bad shape because of their genetics. And on the flipside, we’ll sneer at those who look at a jacked dude and claim that he’s like that “because of genetics.” While genetics aren’t the sole reason people get jacked, they do play a significant role – more so than many believe.

Most of the people who downplay the role of genetics are those who DO have great muscle-building genetics. They’d rather think it’s their hard work that got them there, and that likely is part of the reason. But the fact is, if you’re born with the right genes it’ll make the process much easier. And if you aren’t, you might have a rocky road ahead.

The ACTN3 gene is in large part responsible for the type of muscle tissue that you have. Not only the muscle fiber dominance, but also the various qualities of the tissue itself – how well it handles muscle damage, how much mTOR is activated, its capacity to use oxygen for fuel, etc.

Let’s look at the characteristics of both variants:

Someone with an ACTN3 RR type would be the hyper responders to training. They have a monster mTOR activation from training. They would also have more fast twitch fibers which not only make them stronger, faster, and more explosive, but also give them more potential for growth. They can also grow easily from heavy weights because they repair damage easily.

Someone who is ACTN3 XX would be your typical hardgainer. Very low response to training for muscle size due to both a low mTOR activation and slow muscle damage repair. They would also have fewer fast twitch fibers, which means their strength, power, and muscle growth potential is lower.

If you’re a mixed type (Rx, RX or rX), which is around 50-70% of the population, you’d have a response that’s somewhere in between these two extremes. 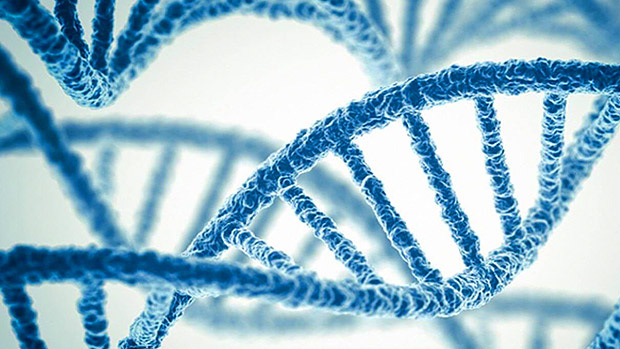 Another element that can come into play is myostatin. Myostatin is a protein in your body that limits how much muscle you can build. The more myostatin you have, the less muscle your body will allow you to build.

There’s a very good chance that hardgainers also have more myostatin. And there are actually a few steps you can take that I’ll cover in the training and nutrition section. But for now understand two things:

To recap, your typical hardgainer is likely characterized by…

Specifically this means that a hardgainer will have a lower ratio of fast twitch fibers and have a much harder time recovering from muscle damage created by mechanical stress.

These two factors mean that the hardgainer will not grow well (or at all) using methodologies that create a lot of muscle damage (fairly heavy weights). It’ll also mean they’ll have a low level of mTOR activation in response to training, and can’t tolerate a large amount of volume due to their tendency to overproduce cortisol.

If you’re a hardgainer, I’ll be honest with you: you’ll never be an easy gainer. It will always be more of a challenge to build a lot of muscle. But there are some strategies that can help you get decent muscle gains from your hard efforts.

1 – Chose the Right Type of Training

Train for lactic acid accumulation. A hardgainer won’t progress well from heavier work. Focusing on lifting weights in the 80%-plus zone and with a progressive overload is likely not the best way for you to build size.

Heavier weights create more muscle damage, especially when using lifts where the target muscle reaches a stretched position. And a true hardgainer simply sucks at repairing muscle damage. Protein synthesis is elevated for 24-36 hours after a session (even less in advanced individuals) so if you haven’t repaired the damage by then, it’ll be hard to build a lot of muscle.

So how does lactic acid (the burn, bro) stimulate muscle growth?

How do you maximize lactic acid production?

Ironically, one of the most popular hardgainer plans, “Brawn” by Stuart McRobert, revolved around the famous breathing squat, which consists of doing a set of 20 reps with a weight you’d normally do for 12 reps, taking 2-3 breaths between reps. I can attest that it produces a boatload of lactic acid!

A hardgainer should also stay away from high volume workouts. The Best Damn Workout Plan for Natural Lifters is a good example of low volume. Most sets only last 40-70 seconds. The one thing I’d do differently for hardgainers is getting rid of the heavy method (rest/pause and clusters).

Use a very low volume (number of sets), per session, do sets lasting 40-70 seconds, and hit every muscle with a high frequency (3 times a week).

3 – Use the Right Supplementation

Hardgainers should focus on two things when it comes to supplementation. They should increase mTOR as much as possible (to make up for their naturally low activation). And they should try to decrease cortisol production.

First, to amplify the mTOR response to training, you have four strategies available:

To lower cortisol go with these three strategies:

The Perfect Peri-Workout Protocol for a Hardgainer 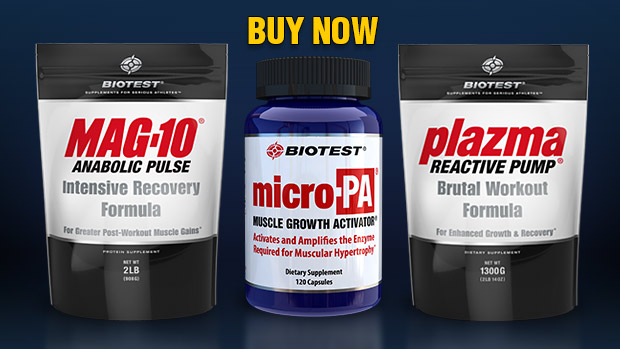 Other Tips for True Hardgainers

Being a hardgainer is not a mindset or an excuse; it’s a real thing for 10-15% of the population. While you can’t (yet) change your genetics, you can still use a these strategies to greatly improve your response to training.