When you’re trying hard to gain muscle and strength, you must train with a high level of effort, dedication, and intent. You also need a sufficient amount of volume to stimulate physiological adaptations. That type and amount of training can take its toll on both the body and the nervous system.

Old injuries can flare up, new ones can start to appear, and delayed onset muscle soreness might linger longer than usual. You might even begin to notice that your libido, along with your motivation to train, plummets. Not surprisingly, your mood might also start to sour.

Enter the deload, the solution to all training problems!

You decrease training stress by reducing the weights you’re lifting, the number of sets you’re doing, or the days you’re spending in the gym. You can even exchange your exercises for less demanding ones. You do that for a week and then you feel better. Performance starts to go up again. But…

Let’s consider all those questions, along with examining some of the best ways to accomplish a successful deload.

What Happens When You Deload

The old theory about deloading has to do with a phenomenon called supercompensation. You overload the body so that there’s a decrement in performance and then you allow it to rest. Nutrient levels and neurotransmitter levels supposedly swing back up and end up higher than they would typically be, allowing you to get a boost in performance.

But that only happens to glycogen stores, not to the factors that play a crucial role in lifting performance. As such, the method is moderately useful for endurance sports, but not so much for lifting.

Strength training performance is just not as reliant on glycogen stores as endurance activities. And unless your carb levels are extremely low, you likely will not achieve the level of glycogen depletion that would lead to supercompensation.

Deloading also doesn’t supercompensate neurotransmitter levels, but it is true that a deload will help if you’re noticing symptoms of fatigue and your performance is going down.

It has to do with beta-adrenergic receptor sensitivity. These are the receptors that interact with adrenaline to excite the nervous system. When they’re activated, your mental awareness and focus increases, you’re more competitive and energetic, and your heart beats faster and stronger. Activated receptors also allow your muscles to contract harder and faster so you’re more efficient at executing movements.

If your training is excessive, or if the combination of exercise and day-to-day stress is high, cortisol goes up and these receptors can downregulate. This down-regulation means that you lose your capacity to respond to your adrenaline and your motivation, focus, and performance go down.

When you include a deloading week in a weight-training program, the beta-adrenergic receptors recover the lost sensitivity and once again respond more strongly to adrenaline. This will increase strength, speed, motivation, and focus, among other things. 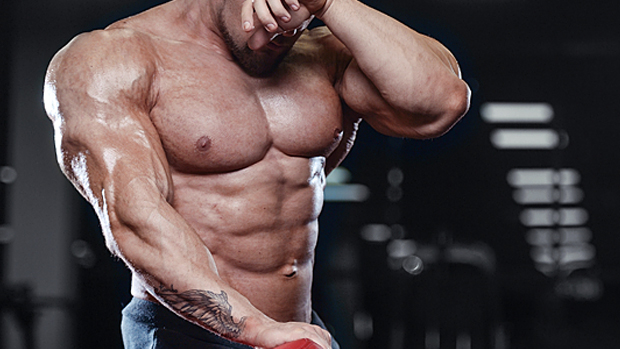 So Should I Deload?

Deloading is a tool. It’s used to recover beta-adrenergic sensitivity reduced by high cortisol levels. If you don’t suffer from such an issue, the deload won’t do anything for your performance.

The training factors that can increase cortisol are:

A training program that has a high level of several of these factors is more likely to cause “overtraining.” If you only check one or two of these boxes, your chances of getting into an overtraining state are much lower.

But let’s look at how the average lifter works out. I’m talking about the regular Joe you see at the commercial gym. They usually do not push hard, using perhaps a RPE (rate of perceived exertion) of around 7. They pretty much stick to “comfortable” exercises they love, along with higher reps to get “the pump.” They usually chat a lot during rest periods.

The only thing they do that might lead to a high cortisol level is excessive volume, but regardless, few of these guys do anything in the gym to cause beta-adrenergic down-regulation.

However, if you’re someone who does train hard, you might need to deload every once in a while. If you’re brutal in the gym and you live a stressful life, chances are that you will need more frequent deloads.

How Often Should I Deload?

While making generalizations can be problematic, we can safely say that:

Deloading can be an essential part of your plan, but doing it too often can decrease your progression. Conversely, waiting for too long might make you regress or invite injury.

The most important thing to understand when it comes to deloading: You need to decrease adrenaline, which is accomplished by reducing cortisol. You can do that by lowering any one or more of the five previously mentioned variables. The more severe your fatigue is, the more variables you need to decrease at the same time.

If you want to do a precautionary deload to re-establish proper receptor sensitivity, a reduction of one variable – preferably volume, intensiveness, or psychological stress – will be sufficient.

But if you start to see a reduction in performance and show symptoms of fatigue, you will need to lower two variables, maybe three. And if you feel like total crap, have no motivation to train, and have a drop in libido, you’ll need to lower three or four, possibly even five variables. 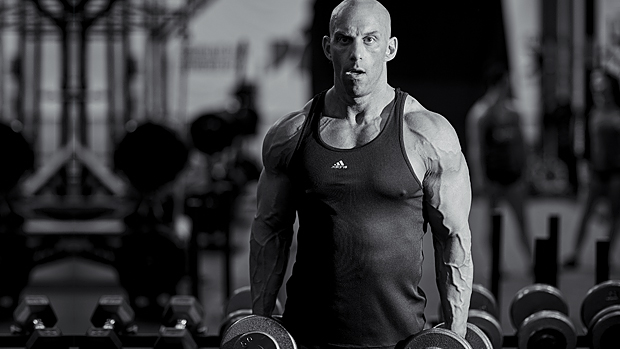 Other Benefits of a Deload

While restoring beta-adrenergic receptor sensitivity is the main way deloading can improve performance, there are other potential benefits:

It is possible that a deload could kill your motivation or discipline. When you’re on a roll, everything is dialed in, and backing off might be extremely anti-climatic, so much so that you might not be able to get back into the same zone as you were before the deload.

That is all the more reason to plan your deloads smartly. Only deload when you need it, and use the type and intensity that will give you what you need but still allow you to stay focused.