Shrugs are pretty much even with crunches as a way to look like you're doing work in the gym without getting much accomplished. Yet the shrug remains popular, which is odd because it just doesn't work very well for complete trap development.

Let's take a look at what the traps are really meant for and figure out a better way to train them.

Why Shrug? I Dunno.

Gym novices who are just learning how to operate a barbell will get a lot of trap stimulation from deadlift variations, rows and pulldowns, cleans, and overhead presses, assuming they do these exercises.

Even many smaller movements, like most dumbbell work for the shoulders or back, will activate the traps to some extent. Spending excessive amounts of time directly targeting the traps is like a beginner spending tons of time and energy targeting his soleus – it's just not necessary yet. And note that excessive is a key word here.

For most people with physique-based goals, there's generally no reason for direct trap work to be given more attention than, say, the forearms, in terms of training volume or frequency. Ending a workout with six sets each of two different shrug variations is unnecessary and inefficient.

Yet peek inside most gyms and you'll see skinny guys doing barbell shrugs and very skinny guys trying to figure out how to use the Hammer Strength shrug machine.

On rare occasions, you might catch a genuine monster doing double-bodyweight shrugs with more movement at the knee than at the shoulder. Good on him for doing something with a seriously heavy weight, but you have to wonder how much work the traps are actually doing during these weighted seizures. In truth, he probably built those big traps with other exercises. 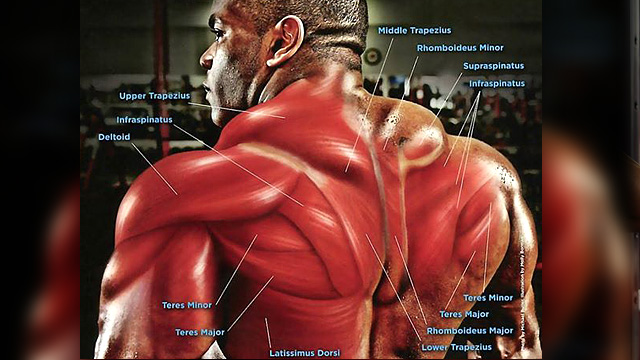 When I say "traps" I really mean the upper portion of the trapezius muscle – the tiny part you're primarily working when you shrug.

Geographically-speaking, the "lower traps" are actually part of the upper and mid-back musculature. The trouble is, everyone seems to be stuck on only using shrugs when they want to work the traps, leaving a ton of potential resources untapped.

You need to give the lower traps plenty of attention. The lower traps are actually essential for joint health, strength and performance, posture, and overall appearance.

The trapezius is more than just a narrow slab of meat running from one shoulder to your neck and down to your other shoulder. The traps actually originate at the base of the skull, run down to the upper and mid-back area, and run width-wise covering both scapulas.

To get a clearer mental image, if the traps were on the front of your body, they'd start near your mouth, go down your neck and across your front delts, cover most of both pecs and some of your upper abs.

That's a lot of landscape covered by one muscle, but for some reason the majority of people only focus on the few inches of beef beside their neck. Probably because that's what pops out, or should pop out, when you do a most muscular pose in your bathroom mirror.

Unfortunately, training the traps with only shrugs makes as much sense as training your shoulders with only lateral raises. Nobody does that because it'll set you up for joint damage, limited strength gains, and incomplete muscle development. Same goes for the traps.

The trapezius not only functions to pull the scapula and shoulders upwards on command (like the good old shrug), but they also pull them backwards/together, as in the common deadlift cue to "open up your chest."

Remember when you were a little kid and your mother caught you slouching, so she poked her fingertips between your shoulder blades as a cue to straighten up? She was teaching you to contract your traps. Thanks, Mom.

Part of the confusion is that because the trapezius does cover so much muscular real estate that crosses over or involves several joints, there are different movement patterns/exercises that can be used to attack the muscle.

Emphasizing the lower traps rather than the upper isn't about working a fictional "muscle within a muscle" like the lower biceps or inner chest. It's about respecting the way the muscle was built to function and training it accordingly. 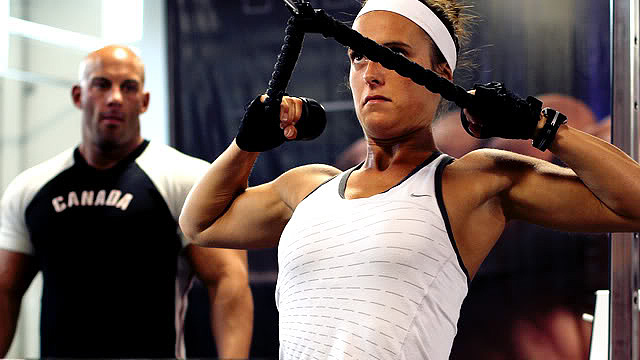 Training your traps only with shrugs is avoiding a primary function of the muscle.

But if you intentionally incorporate some "accidental" trap work in your training, then you won't need much direct trap work. Instead, maximize the attention you give them by choosing the right exercises at the right times.

Why are traps the only muscle where we seem to be just fine allowing crappy ROM reps in the stretched position? You certainly wouldn't grab an EZ curl bar, straighten your arms, and barely unlock them 10 times to get a good biceps workout. But for traps, we accept that super-heavy partials are the way to go, for every rep of every set. Weird.

Heavy partials do have a place. If I claimed they didn't, John Meadows would fry my tender bits in coconut oil. But with no other body part do we use heavy stretched-position mini-reps as the primary method of training.

The traps rarely get placed under direct, heavy load in daily life. You might deadlift the end of a couch, but it's not too often that you find yourself having to simulate a weighted shrug in normal everyday situations.

That could be one reason why the muscle seems to respond to the super-heavy, short ROM work. It's a unique stress that the muscle is unaccustomed to, and unfamiliar stresses are often a key to triggering new muscle growth.

The scapula-thoracic joint wants to be stable, so training it for that purpose is the best way to achieve joint health and strength, which is often the foundation of size training.

One of the best ways to achieve that level of stability is to work the lower traps with paused reps, longer contractions, or a general increase in time under tension. Basic muscle activation work is always a good call, too. For the next few weeks, start each back and shoulder workout with face pulls for 2-3 x 8-10.

To really get the most out of the face pulls, have the cable set at eye-level or a bit higher so the movement is slightly downwards to further minimize upper trap involvement.

Also, exaggerate the movement of the scapulas and hold the peak contraction for 3-5 seconds. This makes it especially effective in drilling that static strength, endurance, and stability.

Using face pulls to activate the traps before bigger work will go a long way to improving their performance. Once that's taken care of, take a look at the rest of your training, especially your back workouts, to look for ways to increase that "accidental" trap training.

Here are some effective exercises that can be incorporated into your current routine. These will increase your weekly trap work without requiring a total program overhaul.

Since people usually hit traps on the same day as back or shoulders, plugging in one or more of these moves instead of their usual "trap workout" will be a good exercise in training efficiency.

Holding the peak contraction will "teach" the low and mid-trap fibers to stabilize the scapula. This works well as an activation drill, especially before any session that includes rows. If you can go heavier and still hold a brief pause at the peak, consider it a solid alternative to other rowing.

By working from the hang, the legs are taken slightly out of the movement and the upper body work is emphasized a bit more. The traps work to explode the weight up and then they fire again to complete the catch. There's a reason cleans have been all-around badass-builders for decades.

The SGHP has explosiveness, lots of muscular involvement, and the ability to move big weights. The upright row used to be considered one of the best trap exercises (shoulder injuries aside), but think of the SGHP as an upright row that's been improved in every way possible.

Not quite a snatch-grip, but wider than your usual grip. Stance doesn't matter as much as nudging the grip out wider to increase the upper back work without significantly changing the rest of the movement.

Remember that a key to Kroc rows is using a crazy-heavy weight for a bunch of reps. Every time someone does "Kroc rows" for a set of 8-10 with 30 or 40 pounds, a kitten loses a leg. 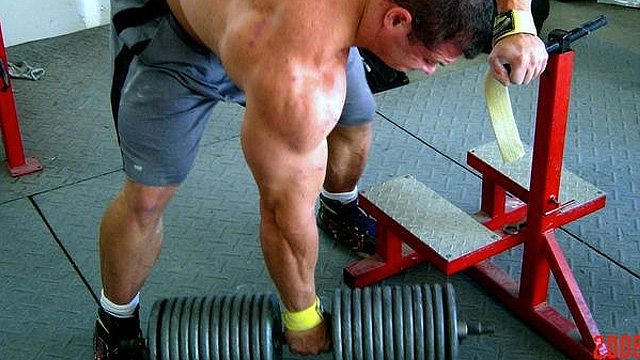 Puts you in a more natural body position compared to a straight barbell, giving a more direct line of pull and more efficient application of force. If you're going to shrug, go with the neutral grip.

We need to directly train each muscle that we want to improve, but we always need to be training them correctly, in proportion, and in the most efficient, effective way possible.

Re-examine your routine and your physique. Make some of these changes to be sure you're training the right muscles in the right way, instead of sticking with the same old methods out of habit. 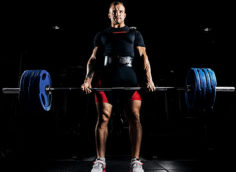 All the accessory lifts you need for a bigger deadlift can be done with a barbell. Just identify your weak points... like this.
Training
Tom Sheppard December 17

Slow-tempo sets extend the duration of a set and hurt like hell the next day, but they ignore important growth triggers.
Bodybuilding, Training
Charles Staley November 8

Use kettlebells and a decline bench for your pullovers to increase tension and range of motion.
Back, Bodybuilding, Chest, Exercise Coaching, Tips
Joel Seedman, PhD September 16

Get focused, burn fat, build muscle, and train like someone who's serious about getting results. Don't have a program? Use this.
Metabolic Conditioning, Powerlifting & Strength, Training
Tony Gentilcore September 6