The latter part of the 20th century witnessed a veritable explosion in lifting culture, kicked off in large part by the arrival of a certain young Austrian. The gym lore and accumulated wisdom handed down from 20th century legends like Arnold, Franco, Tom Platz, Lee, Dorian, Ronnie, and others still form the foundation of what lifters do today.

The thing is, the 21st century has witnessed its own explosion – an explosion of research in the multiple branches of exercise science. The research has, in many cases, proven the wisdom of what the legends figured out for themselves through their own real world experimentation. In many other cases, though, science has disproven some of what lifters once believed.

Unfortunately, the average gym-goer (and even the average personal trainer) is still stuck in the last century. Here then, are seven rules, backed by 21st century science, that every lifter should know and apply.

Rule 1 – Perform All Rep Ranges, Regardless of Goals

Conventional wisdom led us to believe that low-rep ranges (1-5) build strength, moderate-rep ranges (6-12) were best for hypertrophy or size, and high-rep ranges (more than 12) develop muscular endurance. While that’s partly true, the problem is in the application of the idea.

Lifters were advised to specialize in the rep ranges associated with their goals. As such, powerlifters and Olympic lifters never really went past about 5 reps per set. Bodybuilders stuck primarily with the “hypertrophy zone,” while beginners and people training at home with plastic-covered dumbbells would only do high-rep sets to work on their “definition.”

What we know now is that, regardless of your goals, there are benefits for everyone in all rep ranges:

A solid program will include all rep ranges in some way, whether by hitting low, medium, and high reps all in the same workout, or by cycling through them in a periodized program. Sure, prioritize the rep range most closely associated with your goal, but no matter what, you need to train in all rep ranges. 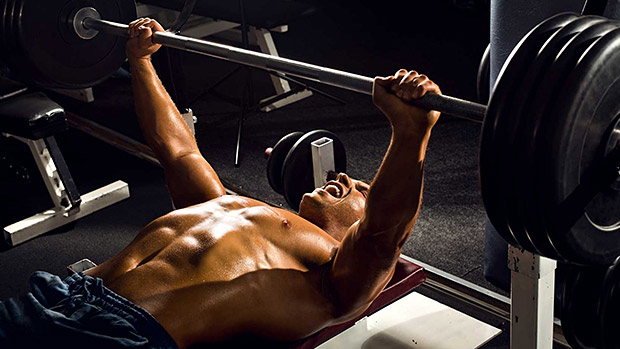 Unless you intend to spend time on a competition platform in Olympic or powerlifting, there just isn’t much benefit to working directly on building your one-rep max (1RM), or even in testing it, in any exercise.

With single-rep sets, you’re really only developing your neural efficiency: the ability to maximally recruit motor units in the trained muscles. While improved neural efficiency isn’t a bad thing, 1RM attempts have a much higher risk of injury, and they don’t provide enough time under tension or metabolic damage to stimulate muscle growth. You demonstrate your strength with your 1RM, but you really don’t build it much.

Yes, feel free to chase personal records. It’s just that your 3RM, 5RM, 8RM, and even 20RM have much greater overall value than your 1RM. The stereotypical bro question, “How much ya bench?” should be replaced by, “How much ya bench for five?”, even if it sounds kind of awkward.

Rule 3 – Provide Your Body With Good Fuel, Particularly Around Training

In the 20th century, it was almost universally believed that you need to refuel with carbs and protein within the first 30 minutes after training. If you didn’t, it was thought that the workout would be largely useless.

Here’s how it really works: Your body needs to regenerate muscle glycogen after you train, which means that you need quality carbs to replace the glycogen you used up. There is, however, this little thing called digestion. Gastric emptying, followed by digestion and absorption in the small intestine, take time – time that’s calculated in hours rather than in minutes.

What you consume shortly after you train, in that narrow 30 minutes after training, won’t enter the bloodstream for a while, at least if it’s whole food. (Some specialized drinks work much faster.)

As such, a better 21st century recommendation when it comes to carbohydrate consumption is to take in good quality carbs within the training window, which generally begins at 60-90 minutes before your workout and ends 60-90 minutes after. In fact, most of your daily carbs should be taken in during this timeframe.

As far as protein goes, Schoenfeld, et al found that total protein consumption for the day is the key. It doesn’t appear that a peri-workout anabolic window exists, but if it does, it definitely isn’t limited to a half hour after training.

Yes, make sure you take in quality protein within that same training window, ideally before and after, to ensure that amino acids are shuttled off to your working muscles to begin the process of repairing the muscle damage you’re causing while lifting.

The real priority, though, is to take in adequate amounts of protein throughout the day. One gram of protein per pound of body weight is a solid target and easy to remember.

In the previous century, ab work evolved from old school sit-ups, side bends, and leg lifts to a myriad of crunch variations. All of these exercises are primarily flexion and lateral flexion based movements, so the strain they place on the lumbar spine can be considerable.

Sadly, though, the activation of the target muscles will be minimal. While the exercises listed above can still have a (small) place in your training, “anti” exercises are both far more effective and much safer.

The work of Dr. Stuart McGill has been central to helping us understand that the primary role of the core muscles is stability – preventing movement of the spine rather than producing it. 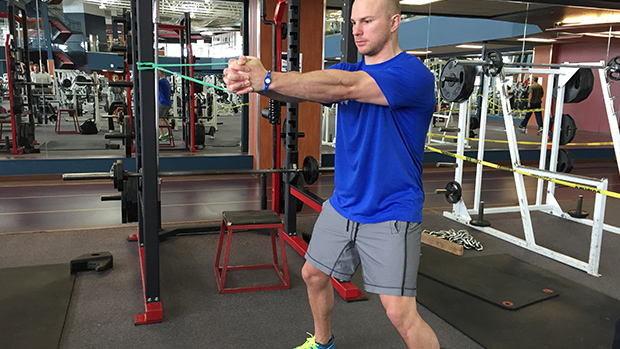 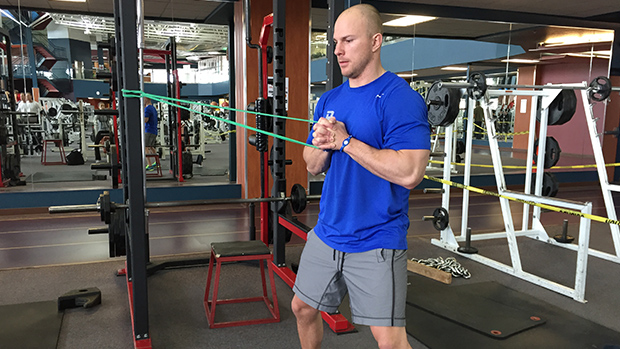 To increase your strength on most lifts, you need a strong and stable pillar to support your spine and to allow for greater force transfer through the kinetic chain. The ability to maximize stiffness is critical. That’s exactly what “anti” exercises will give you.

Rule 5 – Spot Reduction is Actually Possible, to an Extent

For many years, it was believed that preferentially burning fat from particular areas – spot reducing – was impossible. All those crappy late night infomercial products guaranteeing five inches off your waistline in five hours were of course a scam.

Although it’s difficult to do, recent evidence indicates that targeted fat loss may actually be a possibility, though not with the AbShredder 3000 or any of its kin.

To preferentially burn fat from the abdominal region, try this: 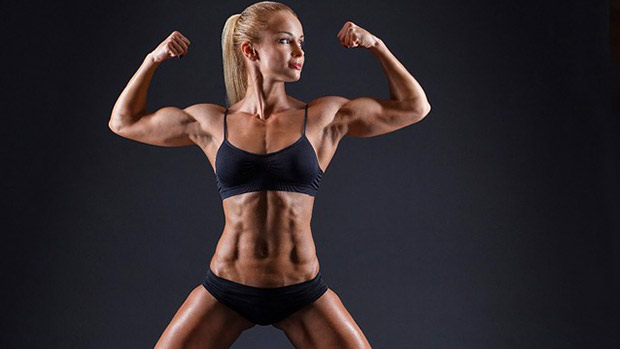 Regardless of what it says on your fitness tracker or cardio machine display, the fat burning zone isn’t really a thing. As it turns out, you’re actually in the fat burning zone right now, as you sit absolutely still, reading from a screen, because most of the energy you’re using right now comes from fat. The body metabolizes a higher percentage of calories from fat for low intensity activity than it does when you’re working hard.

This fact led to the short-sighted 20th century conclusion that interminable, hamster-wheel cardio was the way to go for fat loss. That simplistic assumption overlooked the fact that robbing calories from fat doesn’t mean much when you’re not burning many calories at all. Additionally, moderate intensity cardio can be highly catabolic, meaning you’ll potentially lose as much hard-earned muscle tissue as you do fat.

In order to convince your fat cells to release their cherished reserves, you’re much better off working either hard and fast or low and slow:

High intensity interval training or HIIT conserves muscle, and potentially even builds it, because you’re working so damn hard while burning plenty of fat along the way. You can also add excess post-exercise oxygen consumption (EPOC) to that. The afterburn effect of EPOC uses additional oxygen after exercise to pay off your oxygen debt and continues the fat burning process by keeping your metabolism elevated for an extended period, post-workout.

You can’t go all-out all the time, for a whole bunch of reasons. If your goal is to lose fat, you also need to maximize what exercise science geeks call non-exercise physical activity (NEPA). In simpler terms, go for a nice long walk.

There are so many benefits to a morning, midday, or evening stroll. In the context of this discussion, the calories burned on your walk (which will be largely from fat) are calories you wouldn’t have burned during a Netflix sesh.

Training most body parts once a week to “allow for adequate recovery” is soooo 20th century. I’ve been training for almost 30 years now and I really wish it hadn’t taken me about 25 years to figure that out. I stayed stuck to the body part split for far too long. Increasing my frequency in the past few years has led to almost as many gains as I had in the first 25.

So here’s the thing: When you kick the crap out of your chest for an hour and a half on Monday, then spend the rest of the week “recovering,” you’re absolutely, no questions asked, 100% guaranteed, leaving potential growth and strength development on the table.

Why? Because protein synthesis (rebuilding damaged muscle tissue post-workout) stops within 48 hours or less after you train. So you annihilate your chest on Monday, rebuild it on Tuesday (maybe a little on Wednesday morning too), then spend the rest of the week chest-stagnant.

Now do the same thing for every body part. You’re accelerating your progression like crazy.

Of course, you can’t train with the same amount of volume if you’re hitting every muscle two or three times every week, but a good push-pull or push-pull-legs split will allow you to hit the sweet spot in terms of your frequency/volume balance.