For the record, I’m pretty much done with it. I’m tired of hearing about the incredible number of pull-ups or Hindu push-ups people have done for three months while inexplicably failing to gain any appreciable muscle. Worse yet, these fine people email me, asking what they’re doing wrong.

Of course, you know my only question.

What are your goals?

The answer, almost universally, is 1) lose fat and 2) gain some muscle. So, why, I think to myself, are they doing a half-baked high school PE regimen designed from the boot camp programs for wars nearly 75 years ago? It’s one thing to train a depression-era farm boy into an infantryman or Marine, but it was never the drill sergeant’s goal to prepare you for a photo shoot on the beach with a T-Vixen.

The problem with this boot camp approach is that it’s been keyholed into what appears to be a modern and scientific training approach for elite training. When you read that the Soviets or East Germans developed these secret techniques in some secret facility in some secret location, hell, I get all 007, too.

Sadly, for most of us, it’s just not working.

Let’s look at this approach and let me offer the great insight of this program: the development of qualities.

There were believed to be three stages that one went through for elite performance in a sport. (Really, I should have an exclamation point after “sport,” because that’s the point most people miss: If you aren’t doing this for a sport, usually an individual sport that’s part of the Olympics, none of this stuff is going to be important, but follow along, please). 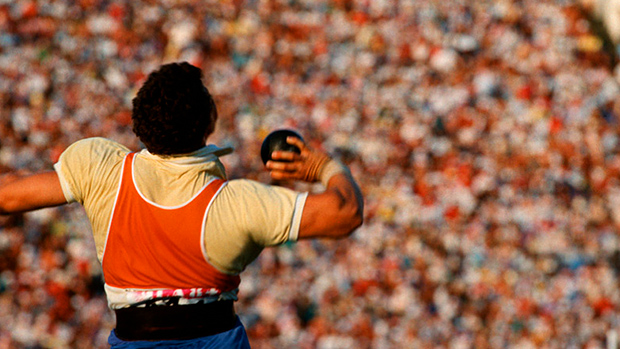 If you were born after 1964, none of this has been utilized in your lifetime. So while many trainers embrace these three steps as set in stone, and it certainly has great value even if I’m probably too critical, elite athletes have moved to far more specialization.

Of course, as John Jerome wrote years ago, “Specificity works, but at a price.” The price for me has been, at best, a lot of limping and, at worst, a lot of surgeries.

The lessons of accumulation are probably what most people mean when they talk about general physical preparation, but let’s discuss these older views of training.

GPP is all about building whatever “qualities” are important for your sport. (Hang on here, this is important.)

SPP is attempting to continue upon the measurements that define the qualities of your sport, but now you attempt to hone skills specific to your sport.

Competition is fairly obvious. It’s an attempt to master the skills of your sport during the time of competition. The qualities that you built upon for the past years may or may not support your success and that, as I often tell athletes, is the tragedy of this brand of training.

The skill aspects, which I’m going to ignore after this, relate solely to that sport. If you can barely stand up from a chair, but can toss a shot put over 75 feet, you’re the best shot putter in the world and nobody is going to ask about your heart rate. Every second you walked on the treadmill to get your cardio was time away from building yourself into a champion shot putter.

What are the “qualities?” You can come up with your own list, but let’s put out the basics:

Obviously, skill shows up in much of any training. Something as simple as speed training can involve lots of deadlifts and squats, but there’s also a need for smooth and efficient technique, too. (Although I’d argue genetics is where we start when it comes to elite sprinting.)

Here’s the issue: For most, what qualities are we addressing?

Of course, and I love to point this out, most guys who train to look good naked nearly have to be naked before you can tell they even train. In street clothes, they look like members of the high school band, which is probably why most of them wear T-shirts three sizes too small and love to cut the sleeves off of most of their clothes.

In other words, the two qualities that the bulk of us wish to achieve nearly all of the time are:

With perhaps just a simple nod to the two-week Atkin’s diet induction, there’s no better plan for fat loss than the Velocity Diet. I went from 249 (or 251 depending on how we stood on the scale that day) to 226 in 28 days. My blood profiles improved so much that my doctor kept flipping the results and shaking his head.

Hear me: The 28-day Velocity Diet is the best route for most regarding fat loss.

But, I’m also honest. Many people fail on the V-Diet. Day one is tough, but days two through six are simply brutal. Yes, it eases after week two, but it’s never easy. But, it accomplishes the single most common goal for people when they ask me for advice in diet and training.

I strongly urge you to consider the Alpo Diet as part of your reward and punishment plan if you embark on the V-Diet. Oh, the Alpo Diet? If you fail the V-Diet, you have to eat a can of Alpo in front of your friends. Hell, make a movie and put it on the ‘net and let me watch it, too. If you can’t help but eat a doughnut, smell some Alpo and think about it.

The problem with these two qualities — fat loss and hypertrophy — is that so much has been written on them that most people have lost sight of the keys here. When people think fat loss, in many cases, the first idea is to do massive amounts of crunches, which one world famous bodybuilder told me is the key to getting back surgery in your future.

The answer, then, to most people’s goals is to go on the V-Diet, or something along those lines. As always, I’m fine with whatever serious approach you take, either the V-Diet or the Atkins induction or the Warrior diet or whatever, but fat loss is diet. Sorry. The truth will set you free, but you will crave doughnuts.

Folks, the V-Diet will find your six-pack. Mine was there under a nice padding of insulation.

As a strength coach, I field a lot of questions about hypertrophy. Actually, against all public opinion to the contrary, hypertrophy is an important part of the game for many sports.

Mike Ditka, a great American football coach, noted on the radio show “Mike and Mike in the Morning” that, “Some guys look good in the shower, but can’t play.” I always say: “Looks like Tarzan, plays like Jane.” So, you do have to be careful with the balance of things.

One way I address this issue is by changing the term “hypertrophy” or “bodybuilding” to “armor building.” Yep, armor.

I played varsity football for South City High back in the glory days (key Bruce Springsteen) and all my games were at night. My last game was played on Thanksgiving early in the morning. Hours later, when I normally would’ve been asleep, we ate Thanksgiving dinner. I was simply amazed at how much pain my upper arms felt from the banging of a game. Since that time, I’ve bought into the idea of armor building for football.

There’s no question that the more time one spends under load, the more hypertrophy that will result. Note that I never give absolutes here. I had an athlete ask me about soreness and I found myself speechless, as I’ve never found any credible evidence that soreness is an indicator of anything. Like soreness, any and all methods of training seem to work across the spectrum, but few of us have ever found the answer that works for everybody every time.

So, how do we increase the amount of time under load?

Recently, I discussed the idea of complexes. Like the circuit training programs of the 1960s, especially Bob Gajda’s Peripheral Heart Action where you literally combined lifts to drive the heart rate through the roof, the downside for most people is simply this:

And, I think it’s far simpler than I ever imagined. Recently, I increased my thick bar deadlift from 265 (this is a seriously thick, thick bar) to 315 pounds. I also used this same program to match my best bench press in a decade without ever going hard for even one workout.

What is this miracle? Well, give me 40 days.

A few years ago, Pavel Tsatsouline, noted kettlebell master and perhaps the keenest mind in strength I’ve ever met, gave me a simple program. Be wary, this program is so simple that you’ll ignore its value.

So, the workout might consist of these five movements:

For the record, this is exactly what I recently used in my workouts. I often did this five days a week, and found that my lifts naturally waved up and down throughout the week and the full 40 days. Sometimes, something like a 250-pound bench press would feel so light for both sets of five that I had to hold back on the excitement to do more sets and reps.

The secret to the program is that you get your volume from doing up to ten sets of a lift in a week and the load increases as you naturally feel like the weights are “easy.” It is that simple.

The first time I tried this program under Pavel’s direction, I added 15 pounds to my lifetime incline bench press during the twenty-first workout, approximately a month after starting the program. I did this max with no spotter and I got the lift for a double. It was a 15-pound improvement over my lifetime best with an extra rep as a parting gift without doing a single hard workout. Just two sets of five anytime I entered the gym.

You can certainly come up with your own variations, but try to stick with the basic five movements and don’t stray far from two sets of five. You’ll be amazed at how quickly your strength will improve after just a few weeks. Also, notice the element of randomness in this workout.

With a home gym, I can train this program daily, but I naturally find that I take days off here and there simply because of the nature of life. You could do all 40 (or 20) days in a row, but things will come up.

After finishing either all 40 days or when you feel your strength has come up to a level that more advanced training methods are appropriate, feel free to move along. The short time you invest in focusing on strength building will do wonders for your muscle mass as you begin to attack super sets or whatever you deem important.

The 40 Day Workout might be an excellent way to progress through the V-Diet, or any other diet strategy that involves a set number of weeks. After ending the 28 days of the diet, one’s strength will take off as you ease off the strict nutritional efforts.