After months and months of being pestered, you finally agree to let your bratty teenage brother join you in the gym. It might’ve seemed like a good idea at first, but then you realize… what’s he going to do there?

Your instinct might be to just have him follow along and do whatever you do, set for set and exercise for exercise. But unless you’re basically a novice too, you’re bound to overwhelm him, crush his spirit and body with crippling DOMS, and probably scare him away from ever lifting again, thus condemning him to a life of internet-only badassery. Or you could follow these guidelines and really help the kid out.

The goal here is to take a high school age (14-18 year old) non-athlete and get him started in the training world. That means teaching him the basics of how, what, and why, while also helping him build a strong and healthy body.

If the personal trainer’s Golden Rule is “Do no harm,” that concept becomes infinitely more pronounced when it comes to training teens. When motivation, enthusiasm, and unchecked ego meet new movement patterns, uncertain capabilities, and loaded barbells, things can go catastrophic in an instant.

The most effective way to introduce young lifters to training is by starting with a well-designed bodyweight routine. It allows you to build a base level of strength, muscular coordination/body awareness, and conditioning. Some muscular size is also a very welcomed side effect.

Not only do bodyweight exercises promote inter-muscular coordination and balance better than free weights (if a kid can’t do a few good bodyweight squats, you’re gonna put a 45-pound bar on his back?), they also lend themselves to what Tudor Bompa called anatomical adaptation, or AA.

AA is a period of relatively higher-rep training designed to physically prepare a new or deconditioned lifter for an intense lifting program. AA is used to develop the tendons, ligaments, and smaller support structures before progressing to heavier, lower rep, higher intensity training.

This type of routine also builds the habit of, “We train on Monday, Wednesday, and Saturday, every single week“, while introducing our beginner to the muscular fatigue and, to an extent, soreness that they’ll come to know and love.

It might look simple, but it’s plenty to start with as long as you reinforce proper technique for each rep and don’t rush through each set.

On squats, the feet should stay flat the entire time, not buckling up on the toes or back on the heels. Push-ups are done on the toes, legs straight, going through a full range of motion. Raise the hands onto a bench to make them easier, if necessary. The lunges alternate legs each rep, but make sure the hips are moving “up and down” more than “front and back.”

Use bands to assist on the pull-ups if necessary or use the Smith machine for horizontal rows as an alternative. The neutral-grip incorporates the most arm work and puts the lifter in the strongest pulling position.

The plank is the easiest of the bunch, simply holding the top part of a push-up with super-strict posture from neck to ankles. And the 4-count burpee (no jump needed) ends the session with a bit of everything – a little cardio, a little flexibility, “hidden” plank work, and “hidden” squat work.

“But lifting weights stunts growth in kids!” Um, no.

One key concept, possibly the most important concept when it comes to kids and lifting, is to avoid muscular failure. Every single set should be ended well-before true failure is reached, ideally keeping one or two reps with good technique “in the tank.”

Old school lifters’ mentality might be to continue each set until the bar doesn’t move an inch, but when it comes to young adults and their still-developing bodies, if the target muscle has reached failure, the undeveloped support structures around that muscle have been pushed beyond failure and the kiddo is now at risk of legitimate injury.

This is the one and only aspect of lifting that the old “weight training stunts children’s growth” myth has any bearing on. While supervised, well-designed training programs are absolutely beneficial to kids, a poorly designed and/or poorly supervised program can be equally damaging.

Avoiding muscular failure should be the number-one underlying theme in any young lifter’s program until he’s nearing the end of puberty (or past 18 years old as a very general rule of thumb). And even then, it’s debatable whether or not training up to or beyond failure is necessary for anyone. 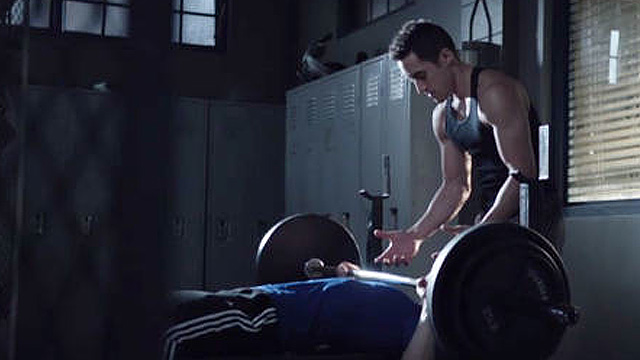 Once the padawan has built a fair amount of strength, conditioning, and patience with bodyweight work, he’s ready to advance to an upper-lower split in the weight room. This allows more attention per body part per workout, adds new exercises to his lifting vocabulary, and best of all, he finally gets not one, but two leg days each week.

If it looks like we’re suddenly swarming the kiddo with a ton of new exercises, don’t stress. It’s only five or so new movements per session and their enthusiasm and eagerness to lift often goes a long way to helping the exercises sink in.

Having a training notebook also makes it easier, since the exercise names and technique notes can be written in as you go along. 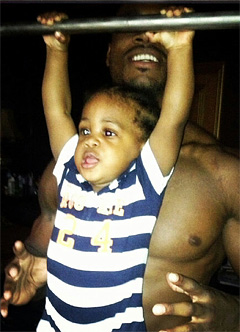 Young lifters are about as interested in diet tips as they are in learning who the Secretary of State was under Rutherford B. Hayes. Well, that’s just too bad because (take your pick of the following classics sayings): “Bodybuilding is 75% nutrition,” or “Results are 90% nutrition,” or “Frickin’ eat if you wanna grow.” The moral is all the same.

Just like avoiding failure is crucial to lifting, if there’s one idea that should run through every young lifter’s nutrition plan it’s that they are not little bodybuilders. They’re still developing and, as such, they need plenty of quality food.

“Cutting” and “bulking” aren’t relevant to their situation. Sure, if a kid’s a bit heavier and wants to lean up, he’ll eat less than a skinny kid trying to gain weight. But they need to develop smart, well-balanced, healthy eating habits that encourage recovery and growth. Save any thoughts of bulking and cutting for long after they’ve established a foundation.

On top of those three meals, you could add one protein shake per day, plus a basic workout shake on lifting days – something like Surge® Recovery is a good start. But that’s it on the supplement side for now.

Once a kid is lifting four or more days per week and eating three meals a day seven days a week, then I’d say they could add in something like creatine. Calm down, parents of America, creatine is not a steroid any more than pizza sauce is a vegetable.

Regardless, keep supplements to an absolute minimum and focus on eating good food.

A combo of those three categories should make up a large majority of the kid’s diet, but if he has some soda, candy, or other 100% certifiable junk food once in a while, it’s not the end of the world.

Yes, we’re trying to build a healthy lifestyle, but telling a young kid to avoid “bad food” all day everyday is impractical for a teenager and is almost guaranteed to make him the outcast of whatever social group he fits into.

If you want to take Junior’s nutrition up another level, get him familiar with three essential techniques in the kitchen – cooking scrambled eggs, making hard-boiled eggs, and cooking some chicken or meat in a pan. Figuring out those three things can help the guy be pretty self-sufficient for a good deal of his daily protein.

Go Forth, Lift Heavy, and Prosper

We could talk about the studies showing the connection between exercise and improved classroom performance or we could talk about how a well-designed training plan can get him onto a team, improve him as an athlete, and eventually give him an edge over his teammates and his opponents.

But at the end of the day, the coolest thing about helping to guide a young man into the weight room and getting him started is that, if you do a good job, it’s something he could be doing for the next 50 years. And you were a part of that? That’s pretty awesome.

If you get the chance to literally shape the next generation of lifters, it’d be a jerk move to bail out on it. Especially if it means you have an opportunity to escort a kid into a lifetime of iron and strength.