Can You Really Improve Strength Instantly?

Maybe you’ve heard that to put up bigger numbers on the bench press, you shouldn’t stretch beforehand and you should squeeze the crap out of the bar.

Maybe you’ve been told to make a double chin and touch the roof of your mouth with your tongue when you deadlift. How about holding your breath and looking up when you squat?

Tricks like those are a dime a dozen. The question is, which ones actually improve strength instantly?

We asked six experts about the squat, bench press, and deadlift.

1 – Bend the bar on your back to engage the lats.

It works, though other techniques can be used just as well to get the lats engaged and tight throughout the lift.

“The lats tie the upper and lower body together, helping you generate a lot of torso rigidity,” says Greg Nuckols. “The more active tension you’re creating in your lats, the stiffer your torso will be and the more efficient the force transfer from your legs through your torso to the bar.”

Strength coach Tony Gentilcore agrees: “Not only will you provide more stability to the spine when you learn to engage your lats during a squat, but you’ll undoubtedly see an improvement in performance.”

As far as the exact mechanism by which you engage them, strength coach Jordan Syatt says, “As long as you know how to flex and recruit your lats, you don’t necessarily need to try to bend the bar around your back.”

Squeezing towels under your armpits prior to the set is another viable option for teaching lat activation.

2 – Take the biggest breath you can before descending.

It works, but it’s only a part of the puzzle that also includes expanding the midline in every direction and exhaling once past the sticking point.

According to Nuckols, filling your belly with air via the Valsalva maneuver is a reliable strategy for protecting the spine through increased intra-abdominal pressure.

“It essentially acts as a safety belt,” adds Syatt, “allowing you to use your abs more effectively and helping you handle heavier loads.”

There’s a bit more to it than simply taking a big belly breath, though. “You want to think about expanding your midline in 360 degrees, not just cranking into extension at the lumbar spine,” says trainer Will Levy.

In other words, you want to try to expand the core in every direction, rather than just blowing out your belly.

Though this point is up for debate, you probably don’t need to hold your breath through the entire rep. “After you break through your sticking point, forcefully exhale,” says Syatt.

One additional point: This technique shouldn’t be used if you have a condition that’s exacerbated by an acute spike in blood pressure or increased intra-abdominal pressure.

3 – Drop down fast in order to come back up fast.

It works, assuming you have healthy knees and are experienced enough to control the descent.

The stretch reflex is the rapid contraction of muscles in response to rapid lengthening. You can take advantage of it in the squat to explode out of the hole.

“Faster down, faster up,” says Syatt, although there are a few caveats to this rule. “The assumption is that you’re going down as fast as possible but maintaining control of your movement the entire time.”

“This might equate to a one to two-second eccentric phase, depending on the individual,” says Levy.

“You have to be certain that dropping down doesn’t alter the kinematics of the spine and shoulders or weight shift anteroposterior [from front to back],” says exercise physiologist and trainer Dean Somerset. “If any of these are compromised, it could actually make the lift more challenging.”

“Beginners and lifters with knee problems should stick to a slower descent to ensure total control and avoid excessive anterior translation of the knee,” says Syatt.

4 – Look up with your eyes as you come out of the hole.

Unless you have a tendency to look down, a neutral gaze is probably fine.

Although there isn’t much in the way of hard evidence supporting this claim, looking up may elicit a “postural reflex” that causes your posterior chain to fire more strongly, according to Nuckols.

Still, lots of great lifters don’t use this technique and manage to squat heavy. “It’s really only important if you have a tendency to look down,” says strength coach Charles Staley.

If you naturally look up out of the hole, fine, but according to Gentilcore, there are more important things to focus on. “I’m more concerned with someone’s spine not collapsing like a game of Jenga,” he says. “I’m not paying too much attention to their eyes.”

And of course Mark Rippetoe flips the script and says to look at the floor directly in front of your feet, so this may take some experimentation on your part. 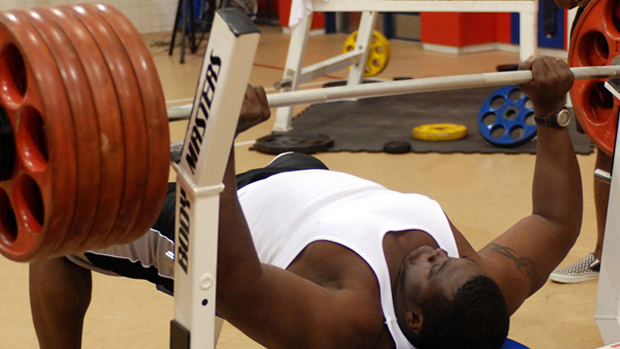 1 – Don’t stretch your pecs before benching.

It’s true. To avoid the possibility of an acute reduction in strength, don’t over-stretch your pecs right before you bench.

Old school wisdom has it that if you stretch your pecs before you bench, you lose their rubber band-like tautness and, consequently, pounds off your press.

From a practical standpoint, “A quick 15-20 second stretch isn’t going to be the end of the world,” says Gentilcore.

However, dozens of studies have shown that prolonged acute static stretching does, in fact, decrease your ability to generate force.

To be on the safe side, save static stretching for after the workout if you’re planning to go heavy. A thorough warm-up is still important, of course, if for no other reason than self-assessment prior to heavy loading, says Somerset.

2 – Squeeze the bar as hard as possible.

“Squeezing the bar sends a signal to the rotator cuff – through a process called irradiation – to pack itself,” says Gentilcore. “This provides more stability to the shoulder joint, which is never a bad thing when you’re trying to hoist heavy loads off your chest.”

According to Somerset, “Squeezing the bar can also help create a more beneficial wrist position. A neutral wrist can squeeze a bar much more effectively than a hyper-extended one.”

One additional benefit of squeezing may lie simply in decreasing fear and inhibition and increasing aggression.

“Often the value of a cue is to shift your focus to something more important,” says Staley. “For example, you might be nervous about trying a huge weight. Focusing on squeezing the bar shifts your attention away from that fear.”

“It’s a bit like squeezing a tennis ball if you have to go through some type of painful or uncomfortable procedure without anesthesia,” says Nuckols.

3 – Look down at the bar as you lower it to your chest.

The jury is still out. If there’s a benefit, it may just be the result of increased consistency.

“Knowing where the bar is and when it will contact your chest can help you determine when to press it back up,” says Somerset. “You also avoid lowering it too high or low relative to your sternum, resulting in a more consistent bar path.”

“Just be careful not to allow your head to come off the bench,” warns Staley, “as this may be grounds for disqualification in competition.”

“Perhaps a better alternative in terms of bar placement,” says Levy, “is to pick a spot on the ceiling and stare at it, aiming to put the bar in the same place relative to that spot on each rep.”

4 – Attempt to pull the bar apart.

It works, but only if you’re coordinated enough to do it right.

“Yes, but it’s a lot harder than people think,” says Gentilcore. “It takes a ton of practice, but when you get it down it can be a game changer.”

Exerting force in a direction other than the one you’re trying to move the bar isn’t ideal for everyone, though. According to Somerset, “The act of pulling the bar apart mimics a rear delt fly more than a triceps extension, which is the exact opposite of the desired joint action.”

“Instead of trying to pull the bar apart,” Syatt says, “I prefer the cue, ‘push yourself away from the bar.’ The triceps will engage no matter what.” 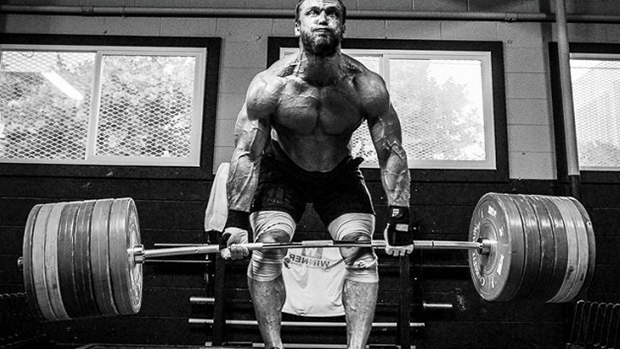 It’s not for everyone. Unless you’re a beginner, a neutral neck position without aggressive neck packing is just fine.

“There’s no legitimate research showing that making a double chin is safer or more effective than deadlifting with a neutral or even hyperextended cervical spine,” says Syatt. “Granted, you shouldn’t forcefully hyperextend your neck while deadlifting, but allowing your neck to remain in neutral tends to be effective.”

Still, many top coaches and trainers do teach the double chin or “packed neck” position.

“For beginners I’m pretty adamant they learn to pack the neck,” explains Gentilcore. “I feel it’s a safe way to deadlift and it keeps the spine in a more stable position. Alignment equals strength.”

From a practical standpoint, “A major benefit to this cue is to ensure the athlete or client isn’t trying to look at themselves in a mirror, which could alter spinal positions through the entire lift,” says Somerset.

“Once someone approaches two or three times bodyweight with their deadlift, then the neck cue can have a little more leeway,” adds Gentilcore.

2 – Quickly jerk the bar a few times before actually lifting it.

There’s no need for it. It’s more important to “bend the bar” to generate tension before you pull.

“This strikes me more as a psych-up technique than anything else,” says Staley. “It probably works better for some people than others.”

According to Somerset, “The superior setup technique is to pull on the weight like you’re about to lift it as a means of generating tension through the body.”

“I like the idea of ‘bending the bar before you pull it,'” says Gentilcore.

3 – Touch your tongue to the roof of your mouth.

The jury is still out. Anecdotally, it works for some people but not others.

“Pressing your tongue into the roof of your mouth increases cervical stabilization and also increases neural drive through the abdomen and into the hips, which can increase power during the deadlift,” says Somerset. “However, it’s very individualized in terms of who sees benefits and who doesn’t.”

In the end, as Staley says sarcastically, “Leg drive is slightly more important.”

4 – Fully extend your knees as soon as the bar passes them.

It works, but only if you have favorable muscle and limb lengths for it.

Most of us were probably taught that the hips and shoulders should rise together over the course of the deadlift.

“It turns out that the exact and preferred joint mechanics will be a somewhat individual thing, and particularly based on lever lengths,” says Levy.

“For some lifters, this technique will produce an incredibly powerful lockout, especially in the sumo deadlift,” says Syatt. “Just be careful not to extend the knees too early and turn it into a Romanian deadlift. Unless I’m horribly mistaken, and I’m not, no one can RDL more than they can deadlift.”

“For lifters who rely heavily on their quads to help drive the movement, however, early knee extension may be problematic,” says Somerset. “Moreover, without adequate hamstring flexibility, it’s easy to lose proper spinal position with this technique.” 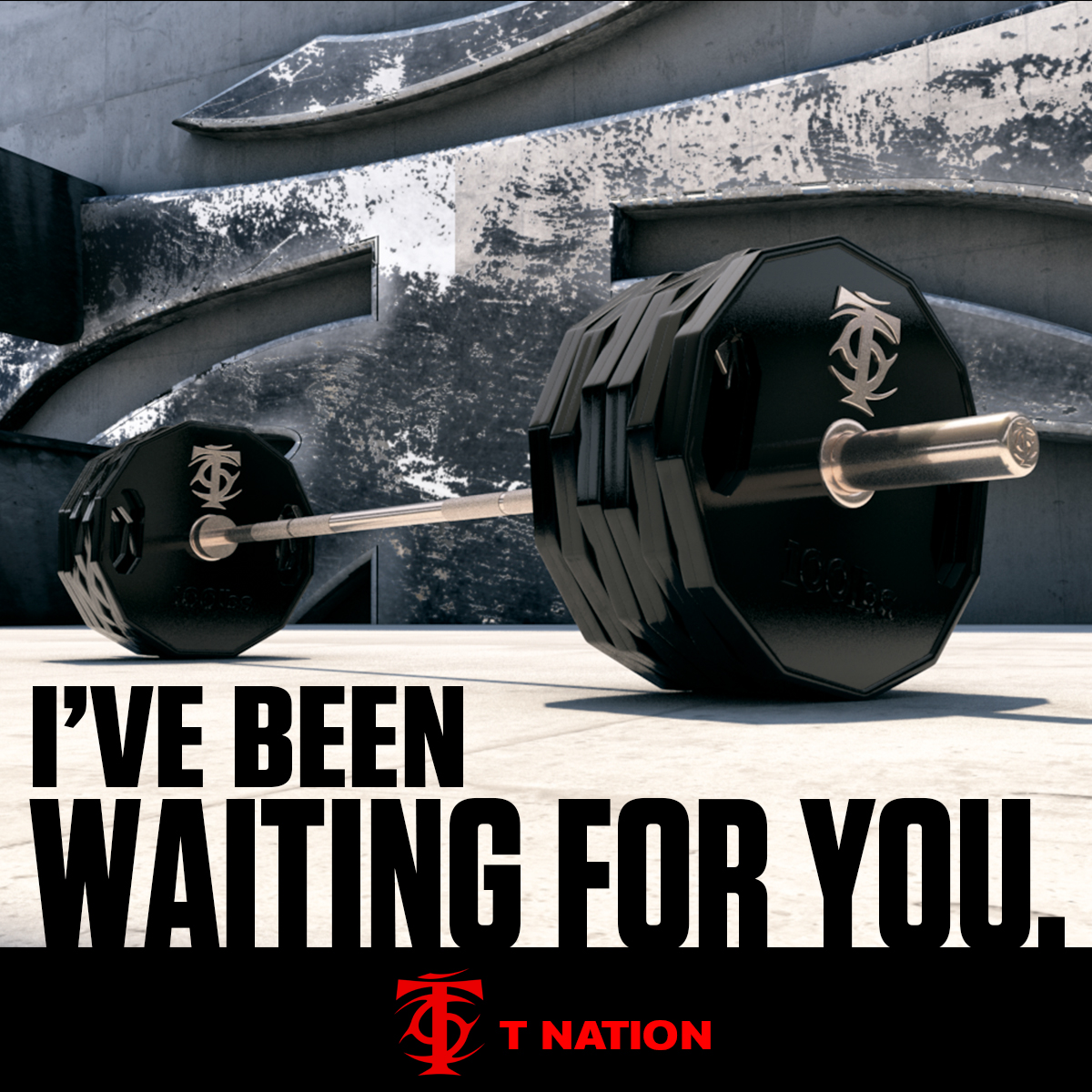