I remember the first time I saw a P90X infomercial. It was early in my college career and I was home for Christmas break. Football season ended about a month before this fated moment and, as always, it had left me with a body weight much lower than I could accept.

To battle atrophy, each night before bed I'd drink enough water to make my molars float so that I'd wake up at least once to spring a leak.

After urination ceased, I'd click on the tube – hoping unremittingly to catch the new Girls Gone Wild infomercial – and down a protein shake filled with enough calories to feed a ten-monk Buddhist monastery for a week and a half.

As I settled into an armchair and hoisted the plastic blender jar to my face, I clicked on the TV, but instead of sultry bikini-clad bimbos and colossal cleavage, I saw abs – and not chick abs, either. Instead I was assaulted by images of a shirtless charlatan named Tony Horton doing "plyometrics," yoga, and lifting 30-pound dumbbells.

I caught a glimpse of a hot chick in the background of the shot so I decided to hang around and see what his 90-day transformation was all about.

It makes sense when you're underwear clad and half-asleep. Thankfully I woke up in the morning with my head on straight.

It's funny, now, almost a decade later, looking through the scope of my education and experience, I realize how silly I was for entertaining Tony Horton's marketing nonsense even for a moment. As coaches and experienced lifters, we all think we're above it – but are we?

I've included exercises in programs for no other reason than they were different; this was in the past, mind you. And every week strength coaches post videos and blogs about new exercises we just have to try. I've also participated willingly in that contest.

But what's the end game? Will all of this seemingly endless exercise variation make us better, or is it all entertainment?

In true strength and conditioning programming – be it for bodybuilding, powerlifting or athletics – do we need to include a cornucopia of exercises within the training year?

I say no – I think it's better to include fewer exercises. Here's why.

I love old training videos. Take a look around and you can find thousands of them on YouTube. My favorite are those of the old Eastern Bloc Olympic lifters; it may be nostalgia brought on by black and white film, but more so I believe it has to do with being awed.

Every rep is identical. It looks like they are running a film loop. It's not trick photography, though – these guys did millions of reps of the same exercises. Most trainees these days can't do 100 reps of anything without thinking they need to progress or change things up a bit.

This tendency is exacerbated by cool, gadgety, new trick exercises. Rather than being the solution to training ADHD and facilitating mastery, we're catalysts that hand the inattentive kid in our brain a candy bar and tell him to go nuts.

There's something to be said for mastery – it's a quality few folks ever reach in any subject matter or discipline. The path to mastery requires sound progression (something we'll get to in a bit) and a ton of reps using the same exercises. The result is a larger and stronger human being.

Besides, no one needs to do 100 different things that they're no good at. Powerlifters and Olympic lifters are great at three things. Sprinters, those with perhaps the most envied bodies in the world, are great at one thing.

The Body Doesn't Adapt Past an Exercise

Every lifter thinks they're advanced. If we're calling a spade a spade, I'm not even sure what advanced is. I think I'm advanced, but I also believe my mom when she tells me I'm special.

The truth is that no matter how "advanced" we are, there are very few situations in which we've adapted so much that it deems an exercise useless.

Think about it. Dude, I'm too strong; I don't need to squat anymore.

This is the point when a ridiculous variable is added to an already acceptable movement (or exercise).

Unless you're finishing a corrective exercise program filled with low level correctives, you're not too advanced for anything. Ask anyone that's gotten stronger over a long period of time and they'll tell you they return to the basics for progress. And the basics are fine – there's nothing gained from turning them into a circus act.

Adding inane stimuli to an already fantastic exercise doesn't improve the exercise – it gelds it. A new exercise variation typically isn't the solution; an innovative way to load a proven exercise typically is.

People always want to talk about muscles. (There's actually a class at Penn State University called "Muscle Training"). They want bigger ones, stronger ones, prettier ones. It's funny that the system that makes the muscles conduct business is often left out of the conversation. Your muscles aren't doing shit without your nervous system.

That whole mastery deal we talked about above is the perfect example. Great lifters make every rep look the same because they've built efficient nervous systems. Do the same things repeatedly and your central nervous system decides it's important, so it builds a strong neural connection and a resultant series of motor patterns. (It's a little more complex than that, but you get the idea.) Then, ta-da! You're awesome at something.

Think about this in terms of mass accretion. We could talk all day about muscle damage, IGF-1, and the whole mess of signaling proteins that promote muscular growth. Maybe I'm simplistic, but it's much easier than that. Lean mass is built with the appropriate total training volume and the appropriate amount of solid calories.

The nervous system – along with limiting exercise selection – affects this total volume and calorie equation.

First, it's easy to add extra training volume by adding practice sessions of the lifts you want to get better at. Great lifters do this frequently.

Let's say you've become increasingly proficient at three lifts. Increasing volume within those three lifts is more productive than adding more exercises or using some silly variation of each.

You'll be able to use more weight, creating more muscular tension, and you'll be able to keep up training frequency. Think also about total volume as an increase in reps per set. I'm no scientist, but I've found that it's easier to increase reps per set in a lift that I'm good at. 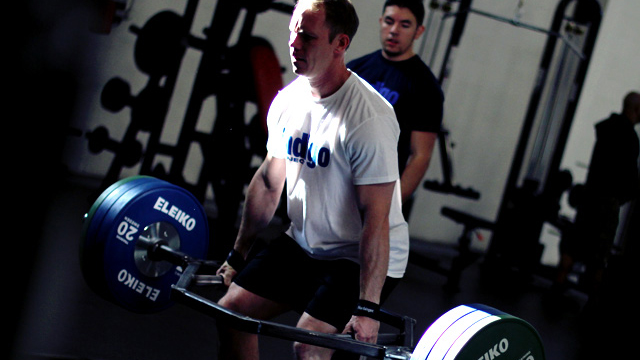 That's where loading comes in. Loading is the overall stress put on the body through exercise – it's not just the weight that's on the bar. Consideration of load requires conversations about intensity, frequency, volume, rest periods, recovery training, sleep, and any extraneous stress that could muddy the waters of exercise adaptation.

Think of all those factors within the framework of a bench press, for example. Here's a chart that examines how we can load the bench press using the first four factors described above.

That's a lot of combinations, and we're just skimming the surface. With this visual at hand, is a different variation necessary for progress?

Progression is War, Not a Battle

So am I saying things shouldn't ever change? Hardly. Exercise selection and loading schemes need to progress, which of course, requires change.

But that change, most often, happens as a result of progress, not as a means to it.

I'll restate – the basics, with slight variations will always work if they're well progressed.

It's a common complaint.

Dude, I just get bored. I need something new.

Guys that say they're bored are often the ones that don't have the necessary oomf to make progress. But just in case you're battle tested but in a rut, I'll offer some solutions.

Try taking a few weeks off. Time away from the gym will restore your mojo and have you hammering away at the barbell with restored vim and purpose. Speaking of purpose, it offers another solution – competition.

Nothing battles boredom like focus. If you seriously set your eyes on competing and want to accomplish something great, nothing will shake you from your goal. You'll do whatever it takes to get it done – even the same exercises over and over again.

One day per week my 10 year-old niece trains with my high school athletes. When she isn't busting their balls or telling D-1 football prospects to get out of her way, she works mainly on spatial skills and proprioception.

Her movements and exercises are constantly varied – there's progression, but no two training sessions look exactly alike. Her nervous system is still very plastic and needs a lot of varied input. We play a lot of games, do a lot of silly stuff, and a little bit of picking things up.

The same could be true for those at the other end of the spectrum, the washed up meatheads. They might be set in their ways, but after years of pounding iron in the same patterns they may need some new exercises to keep progressing.

The rest of us, however, just need to hammer away.

A Verdict and Solution

I know this article makes me out to be the Johnny Raincloud of exercise selection. And there's no but coming – I accept it. Sure, I've written articles about exercise variations before, but always as a means back to the basics. I hope, though, that you'll accept a challenge in the form of a verdict and solution.

I want you to compile a ten-exercise strength bank based on your goals and bodily restrictions. It will include:

For the next six months you'll do only these exercises. Pick two that you want to excel in and train them every lifting day. When things get stale, or your progress halts, change the way you load the exercises.

When six months turns into a year and you're a bigger, stronger, and better lifter, you'll appreciate the simplicity.

If gym boredom is an issue for you there's an easy way to add variation – your warm-up. Continually cycle it every week.

Try new tumbling exercises and add in some box jumps. Do a push-up, or ten, followed by band hip traction. Warm-up possibilities are endless – adding new things to your warm-up keeps you from losing your gym boner.

This article asked – and hopefully answered – a lot of questions. But I guess whether variation is necessary is up to the lifter. I've made my case, but I'll ask one more question. Do you want to be entertained, or do you want to be a monster?

Stimulate your chest in a whole new way with this powerful exercise. Check it out.
Tips, Training
Lee Boyce April 25 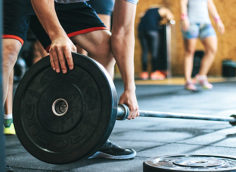 You're going to wonder why you didn't think of a couple of these!
Bench Press, Deadlift, Mobility, Tips, Training
TJ Kuster January 25