With time, we learn. Advancements are made daily, but sometimes the original idea is better. Injury rehabilitation is a great example of both progression and regression.

In this article, I’ll show you when “out with the old, in with the new” is good for lower body rehab, and when it’s best to “get rid of the new, and go back to the old!”

Let me start by telling you about my experience with METH.

It was a hot summer day, and I decided to finally trim the branches that were rubbing against my shed. I hopped on the fence behind the shed, did what I had to do, and jumped down. The distance was a little farther than I expected, and I ended up rolling my ankle over some river rock. 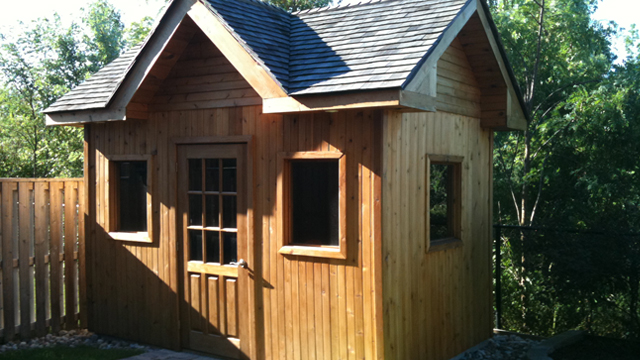 At first, no pain, but a few hours later, lots of pain! There was no time for discomfort, though. I had a slew of training sessions ahead of me. But as the night progressed, so did the swelling and pain! By the time the last person left I could barely move, let alone walk. That’s when I took action.

The standard procedure for an injury like this involves anti-inflammatories and painkillers, along with RICE: rest, ice, compression, and elevation.

I did almost the exact opposite.

No rest and no compression – I used movement with traction instead. According to Dr. Tim McKnight (2010), rest will lead to atrophy and weakness and may disrupt balance and proper body positioning.

Furthermore, compression can shut down blood flow to the area, whereas traction will release the pressure. Movement will encourage blood that’s rich with healing factors such as oxygen and white and red blood cells to flow to the area.

Absolutely no ice – I used some moist heat instead. Again, the key is blood flow. If you want something to heal, it requires blood! Don’t slow down this process with ice.

However, I did use varying degrees of elevation throughout the process. I learned this procedure from Dick Hartzell, co-author of the book, Don’t Ice that Ankle Sprain. (Keep in mind that this procedure is for grade 1 or 2 sprains only.)

I term this approach METH: movement, elevation, traction, and heat.

The end result was no pain and full function the next day, full leg workout two days later, and medicine ball circuit at a local soccer field four days later. This injury was rehabilitated in mere hours, not days or weeks. I bet if I’d used the RICE approach, it would’ve taken much longer!

As I wrote in my article Sicilian Volume Training, there are many excellent volume routines out there. One of the most popular systems involves the 10 sets of 10 reps method, like the German Volume Training (GVT) protocol that was introduced in the July 1996 issue of Muscle Media 2000. This type of routine is geared toward rapid and maximum hypertrophy – a lot of size in a short time!

Yet it’s hardly a new idea. You can see this system scattered among the literature over the decades from various sources. For instance, in a paper originally published in the Russian journal, Teoriya i Praktika Fizicheskoi Kultury, authors Vaitesehofsky & Kiselev (1989) discuss a protocol involving 10 sets of 10 pull-ups where the weight is reduced every second set (i.e., additional loading is used to start such as 9kg, then down to 6kg, then 3kg, and then body weight to finish), or the grip is altered in the latter sets to draw new, unfatigued fibers into work.

What does this have to do with injury rehabilitation?

After an injury, especially post surgery, the priorities are to reestablish range of motion (ROM), muscle mass, and strength. The quicker you can achieve these objectives, the quicker you can return to normal daily living and/or athletic endeavors.

Intensity initially will be low because strength levels are low (pain and inflammation can inhibit strength), but to accomplish your objectives in short order, you must repeat a sufficient stimulus frequently. A volume training routine may fit the bill nicely if it’s conducted properly.

If I asked what the most popular set/rep scheme in strength training is, most people would respond with 3 sets of 10 reps. It seems to be the universal training prescription.

The idea stems from a 1948 paper by Dr. Thomas DeLorme and Dr. Arthur Watkins where they recommend 3 sets of 10 reps using a progressively heavier weight in the following manner:

In this scheme, only the last set is performed to the limit. The first two sets can be considered warm-ups. A few years later in their 1951 book, Progressive Resistance Exercise, DeLorme & Watkins state: “By advocating three sets of exercise of 10 repetitions per set, the likelihood that other combinations might be just as effective is not overlooked.” Still, the majority of trainees today automatically adopt the 3×10 scheme as if it were written in stone.

Now, let’s take a little journey back in time to 1945 when the same Dr. Thomas DeLorme unleashed a powerhouse of a paper titled, “Restoration of muscle power by heavy-resistance exercises,” published in the Journal of Bone and Joint Surgery. Back then, far more than three sets were recommended per exercise with great results.

The clinical observations made on 300 cases showed a “splendid response in muscle hypertrophy and power, together with symptomatic relief,” as DeLorme put it.

The 1945 DeLorme method consisted of 7-10 sets of 10 reps per set for a total of 70-100 repetitions each workout. The weight would start off light for the first set and then get progressively heavier until a 10RM load was achieved. The workouts were short (on average about half an hour), but they were repeated frequently during the week.

If you adopt this approach, you’ll be sore initially, but the soreness will subside after a week or so. And after just a few weeks, while others are complaining that they can barely move and are in an extreme amount of pain, you’ll be sporting improved hypertrophy, strength, mobility, and function.

Many rehabilitation programs focus on endurance and range of motion instead of strength and hypertrophy. These are the observations made by DeLorme:

“Exercise is essential in restoring function to muscles, weakened and atrophied as a result of injury and disease…”

“Commonly the attempt is made to restore power by exercises to build endurance; this is a mistake…”

“In our method, we employ heavy resistance that calls forth all the potential strength of the muscle. Since the rate and extent of muscle hypertrophy is usually proportional to the resistance the muscle must overcome, strength returns faster than in the low-resistance exercises…”

“Rather than attempt to develop endurance in an atrophied, weakened muscle, it seems more logical to restore muscle strength to normal, and then build endurance by means of low-resistance, high-repetition exercises….”

On range of motion:

“We believe that range of motion increases more rapidly with increasing muscle power, except when a mechanical factor prevents return of motion….”

Now, here’s where it is important to read the entire paper and not just the abstract. DeLorme insists that a pulley system (common with most selectorized machines today) must not be used.

Instead, use an iron boot, plate-loaded machine, or simply ankle weights to overload the terminal end of knee extension. This method will increase the overload on the vastus medialis oblique (VMO) muscle, a prime stabilizer of the knee (weakness of this muscle can impair function and cause pain of the knee).

Of course, there are many ways to skin a cat. Terminal knee extension can be performed as a more “functional,” closed kinetic chain (CKC) movement (i.e., standing with a band or cable attachment strapped behind the knee or by performing a low amplitude step-up) rather than the seated, open kinetic chain (OKC) option mentioned previously.

However, DeLorme notes that weight-bearing exercises produce symptoms of pain, thickening, and fluid in knee joints that are controlled by weak, atrophied muscles. It may be best to implement CKC movements only after strength is matched in both limbs by non-weight-bearing OKC movements.

Also, many patients are told to stop all activity until the pain goes away. I disagree! If you feel that you should rest the area, get some treatment here and there and everything will return to normal, think again! You can do all the soft tissue work in the world to try to break down fibrotic tissue – the muscle will still be weak, atrophied, and hard!

If you truly want to make progress, stop “pampering” the muscle and start exercising with progressive resistance.

But why the change from as many as ten sets to only three sets?

“In the initial publications concerning progressive resistance exercise, 70 to 100 repetitions were advocated, the repetitions being performed in 7 to 10 sets with 10 repetitions per set.

“Further experience has shown this figure to be too high and that in most cases a total of 20 to 30 repetitions is far more satisfactory. Fewer repetitions permit exercise with heavier muscle loads, thereby yielding greater and more rapid muscle hypertrophy.”

If intensity starts to increase yet the frequency stays the same, something has to give!

At a higher intensity, one all-out 10RM set can be performed five days a week – it’s really only a total of five sets spread throughout the week. (Remember, the first two sets are merely warm-ups.)

Contrast five sets to as many as fifty sets (although not all fifty sets are taken to the limit), and you can see why the 1948 “3×10” method was considered superior to the 1945 “10×10” method. That original method still has merit and can provide a “more satisfactory” result if it’s implemented in a specific manner.

If intensity increases and volume stays the same, the variable that must decrease is frequency to allow for sufficient recovery. Using the 10×10 method might actually be superior if the frequency is altered as follows:

How long each stage will last depends on the individual and their injury, but the key is to make progress each week and once that starts to stagnate, it’s time for the next stage. Think of it as progressive resistance meets regressive frequency!

By Stage #5, muscle strength, mass and ROM should be back to normal – this is the frequency used in most volume training routines.

Try this new twist to the original idea introduced by Dr. DeLorme over 60 years ago.

Here are some take-home points: