The Big Man's Guide to His First Pull-Up

The first thing you have to recognize? If you've got a long reach, your required range of motion might not be the same as someone with shorter arms. It comes down to the lat attachment.

Imagine that a 5'6" guy and a 6'6" guy are next to each other doing pull-ups. You'll note that the taller guy's elbows won't be as flexed as the smaller guy's when they're at the point of max contraction.

Sure, everyone's lats attach up high on their humerus (upper arm), likely with very little variation. The real variable is how long the lifter's arms are, which determines just how far he needs to pull to get a full engagement of the back without letting other stuff creep into the mix.

For a lifter with longer arms, the answer might be to go a few inches short of "sternum-to-bar."

The truth is, you might be beating yourself up to achieve a range of motion that doesn't support your body type. So don't shoot for landmarks like getting your chest to the bar. Instead, go by contraction. You'll be better off.

Take things back to high school and crack out the flexed-arm hang. This enables a lifter of any size to perform an isometric at the top of the pull-up's range of motion. Holding the top position – for just a second or for an extended time – is something most lifters neglect.

When you're big and heavy, it's not realistic to think you'll be able to hang there with good form for 60 seconds like you did as a 170-pounder during your 11th-grade fitness test. Currently, I'm hitting 30-35 seconds on a good day. Start with 10-second holds and work your way up from there.

Slow eccentrics/negatives also work well. Use a stool to get yourself into the top position and slowly lower yourself, making sure to come to a dead-man hang at the end of each rep.

Copping out when you still have your elbows flexed at 20 degrees isn't a full rep and won't allow you to reap all the benefits. If your elbows aren't straight at the bottom, you didn't finish your rep.

If the name of the game is to build muscle on your back, it's time to take a brief step away from performance mania and give yourself the help you need to get more reps.

The postural muscles of the upper back respond quite well to high-rep, high-volume work. As great as they are, tapping out at 3 pull-ups is less conducive to building back muscle than reducing 20 or 30 percent of your body's weight by using bands and going to town on reps. This recommendation doesn't have anything to do with building strength – only size.

Hang out at the top of each rep for a couple of seconds to take advantage of the resistance profile. Remember, the band is going to be the most stretched when you're at the bottom of the pull-up. This will make it "easier" for you to get to the top position of greatest contraction, where you'll have less assistance.

Since the route to get to that point will fatigue you a bit less, spend more time under tension per rep up top. That top-end range is usually the area where most people – especially big guys – lack strength and technique.

If you're big and wide, setting the hands on a fixed bar for pull-ups (palms away) or chin-ups (palms in) doesn't exactly feel pleasant on the joints, especially the wrists and elbows.

Each variation of overhead pulls presents its own unique benefits to back training, and hybrid methods are no exception. Neutral-grip pull-ups are terrific too, but ring pull-ups are superior. The ability to rotate the hands as you pull feels much more natural, torches the lats, and also forces you to do a little instability work.

I've spent most of my pull-up time during the past year on rings or rotating grips. The results have spoken for themselves – especially whenever I transition back to a fixed bar to see what my strength levels are like.

If your gym doesn't have rings, invest in a pair of attachable grips (like Angles90 grips) to put around your bar. Problem solved.

I don't know too many people who are tipping the scales at an eighth of a metric ton who are also excellent at pull-ups and chins.

You may be strong enough to crack out a few reps of weighted pull-ups, but ask yourself whether they're absolutely necessary to help you get stronger and bigger. In my opinion, lugging 260 pounds over the bar is more than enough until you can own it or until you decide it's time to lean down and drop weight.

It's always impressive to see someone slap an extra 50 pounds around their waist and perform pull-ups and chins with good form. It doesn't happen often. When it does, the lifter is usually under 200 pounds, and the rep range is low.

As a long-armed lifter, though, weighted pull-ups don't have many benefits. Save them for when you're really strong and maybe a bit lighter. 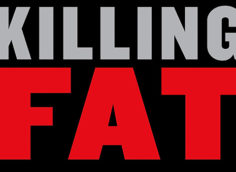